I figure it's time to finally crack into this one. I still have a handful of Dave and Adam purchased boxes from last year that I am not going to get to until after this year is through, but best to at least get this nice wrestling one done now. 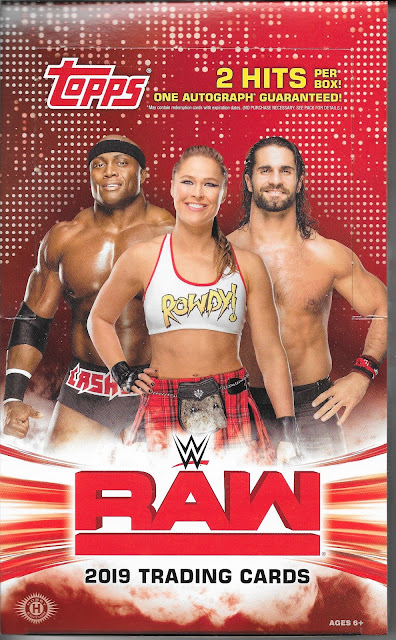 So we get two hits which is nice, and one being an auto. I also like that, I'll have 23 packs to open, about 5 cards per pack for the base set, so I should be very close to completing the 90 card base set as well, fingers crossed. Only thing that might stump me on it is picking the wrong pack to leave unopened. 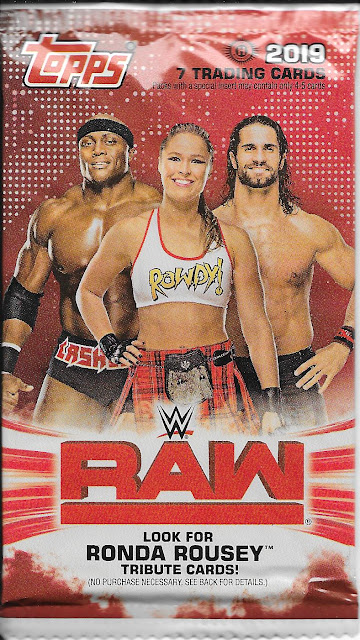 The scoring summarized here as a reminder...

Let's get right to the first pack then... 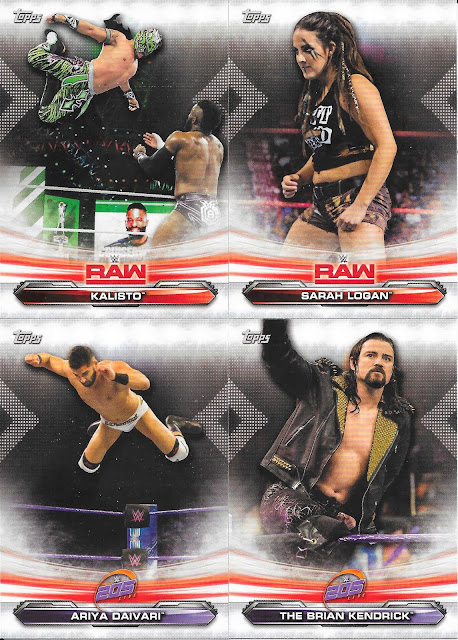 A nice base design for the cards which keeps the border to a minimum, clear name, nice action photo, and the side designs are okay and don't take away from the photo too much. Like that they have a couple high flyer shots for high flyers, and Sarah in clear Viking look. 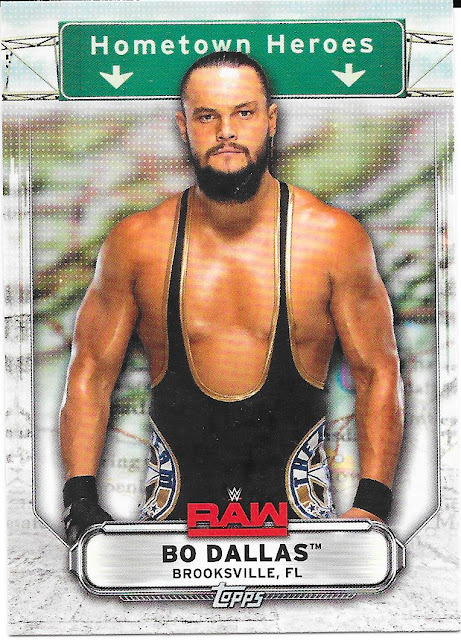 First insert set here (cards of one per pack), is alright as it tries to bring in hometowns and similar facts on the back, for the various stars. 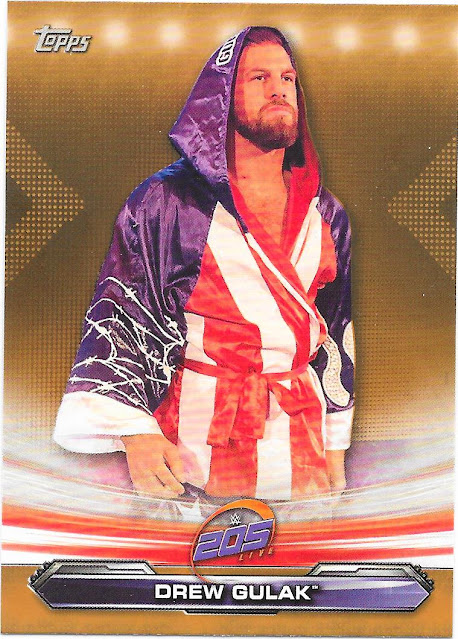 Here we have the first standard (every two packs) bronze parallel base card. I look the full card look of the bronzing rather than just being around the border like in other years, a good and clear parallel. 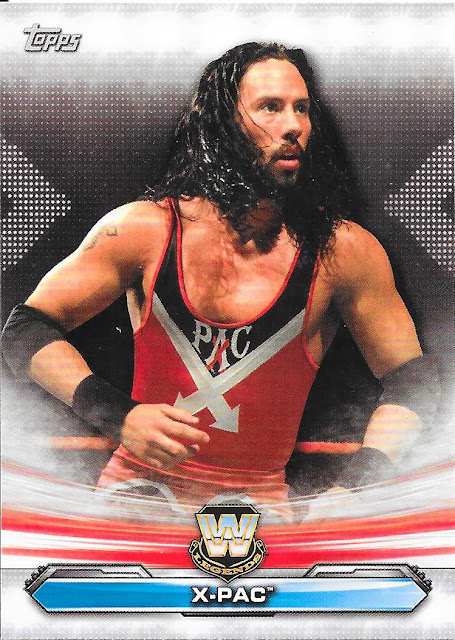 Lastly, we have the first insert card (again, every other pack) for the Legends of Raw. I will admit, I enjoyed the 1-2-3 Kid, but X-Pac wasn't really my thing. Now, one thing I will say is, by being the leader of X-Factor, as the card notes on the back, we did get a great theme song by Uncle Kraker for the faction - definitely worth the listen.
1 Pack, 7 Card, 28 Points.
Posted by CrazieJoe at 8:00 AM