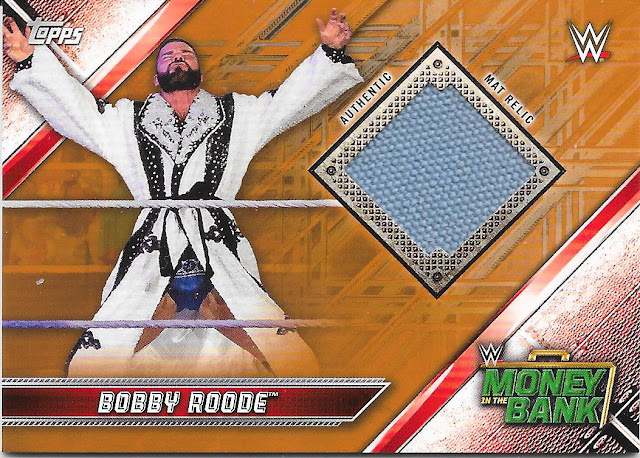 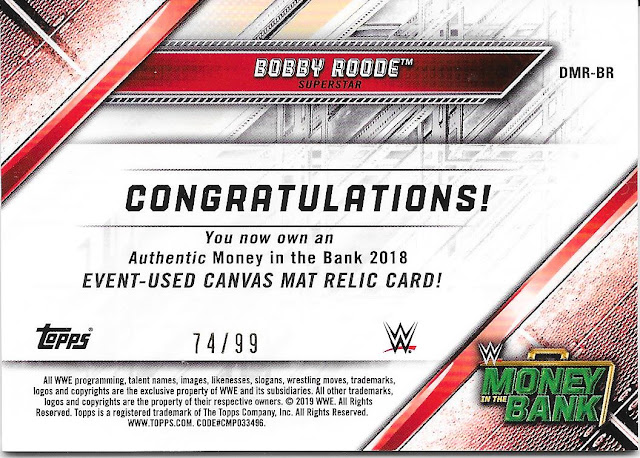 Well, I guess I have the non-autograph hit for the box. Mat Relics are the more likely of the hits, but the parallels are still a lot more rare - the bronze being every 216 packs.
As for content - I really liked the Glorious Bobby Roode character and of course the entrance and theme, so happy that he is on the card.
Bobby is an interesting one as the majority of his career obviously was outside of the big promotions, but he was a great wrestler, so, like Samoa Joe and AJ Styles, I was glad that he was able to get to WWE eventually and be able to put himself in front of a bigger audience. I know that the majority of wrestling fans don't necessarily watch all wrestling, and wouldn't know him from his TNA days for example, but the WWE run he has had may invite some to look at his pre-WWE career and appreciate his career work, rathen than just what we see in WWE.
Just nice to see them make it to that final big stage sometimes, but yeah, this is obviously the card of the pack, and the box so far.
Figured I should lead off with it for the post as I didn't want to leave you on the 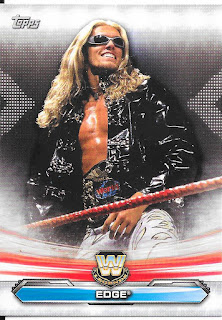 I know - use of that card wasn't as funny as I probably though, but no need to 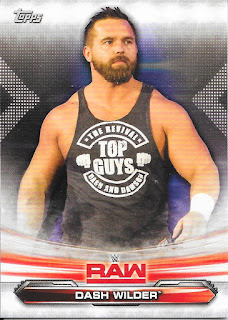 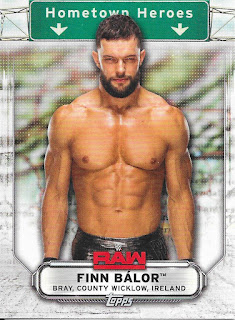