A story of stupidity

So I am going to start off with a Listia win. I have shied away from Listia since the change to a cryptocurrency, but saw a couple things I wouldn't have been upset to win, so did some surveys, got some currency and went to bid on a couple cards.

One of those cards was this... 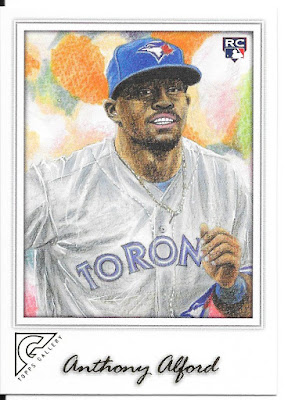 I have one, but thought I would put in a low bid in case it went low - so I entered in 2.51 - or at least that was my intent. Well - an accidental bid of 251 later, and I was scrambling to see if I could reverse it. Listia was able to reduce my big to equal what it would have been to "win" the auction before it was done - the hope being someone would outbid me, but didn't happen and I end up paying 12.50.

Not the end of the world as it works out to about 80-90 cents, so basically I paid shipping for a free card then. Not the worst mistake, but since I already had one of them, wasn't looking to pay that much for another per se.

Now on to the usual fare of the Santa Lot. I would say there are about 1,000 cards to go now - about 10 weeks worth and I will be done cataloging. I already have a plan for what to get to next but I'll save that to share it later....also in case I change my mind. 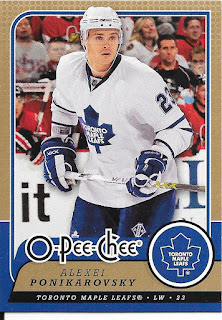 New Leaf - excellent. Alexei showed up on most Leaf teams through the 00s 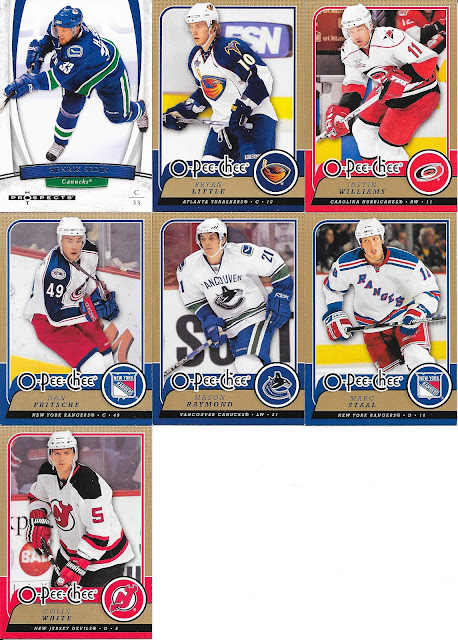 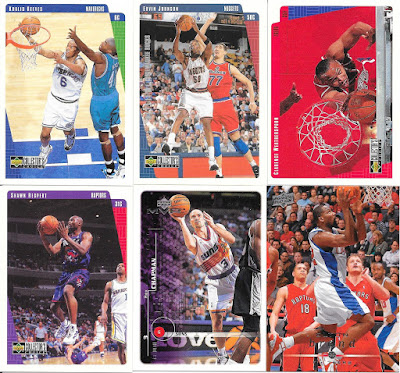 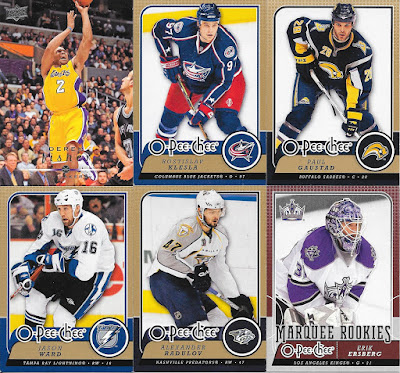 Even more O Pee Chee which I already had, but no problem getting a duplicate Marquee Rookie. Not the greatest NHL career reaching just over 50 games in parts of three seasons, but I'd say that is  bit above average as far as Rookie picks for cards go.