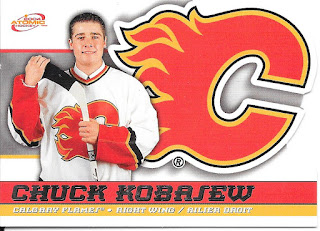 I am not use to seeing McDonalds cards that are of rookies - usually they are the stars of the day given the sets are roughly 50 cards each year, so a bit surprised with this one.

It did work out fairly well since he stuck around the NHL for 11 seasons, though they were spread out among 5 teams. 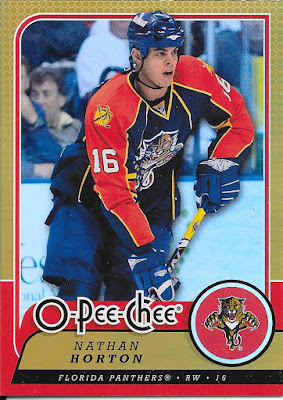 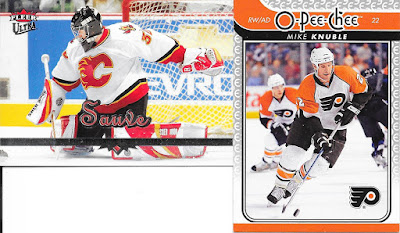 2003-04 was Sauve's first year in the NHL (it was half his games in the NHL with 32 in total, the rest coming over a couple more seasons). 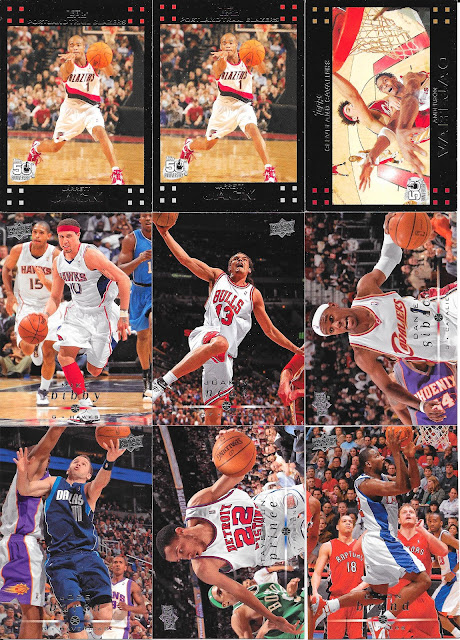 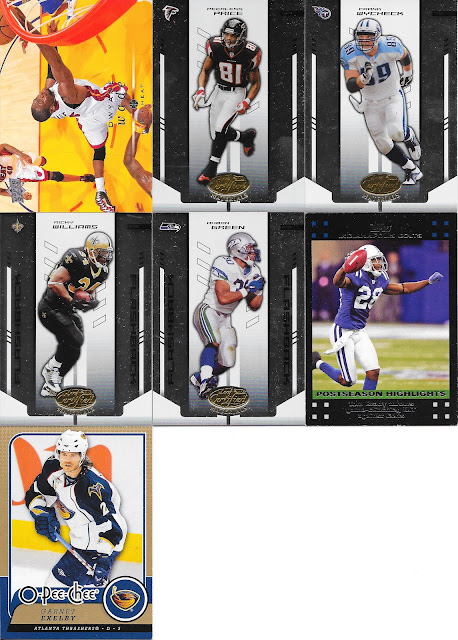 Haven't seen a lot of 2008-09 Upper Deck basketball, but get a bunch here including Wade, but I like the couple football Leaf flashbacks with Williams and Green.