Was nice enough to receive a few cards and a birthday card from C2Cigars.

I am actually getting close to the team set on 1994-95 Fleer, and the Frederik is actually the Upper Deck Update O Pee Chee insert...yeah, confusing enough...but still love it.

Anyway, yesterday was the first half which had no Jays, just like the last repack, but did have a 75% need rate which is hard to beat, so I figured today would have some Jays content...

I do have 24 of the cards being ones I will be keeping for now - 60%, not as strong as the 75% yesterday, but nicely ahead of the usual half/half. 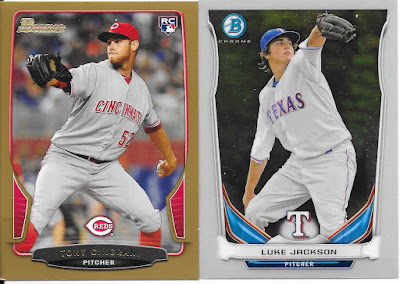 A couple insert/parallels of the usual Bowman variety. The gold parallel is pretty nice, though there is a small bend in the lower left corner which kinda sucks, and it isn't serial numbered. Still - parallel.

Plenty of keepers as noted... 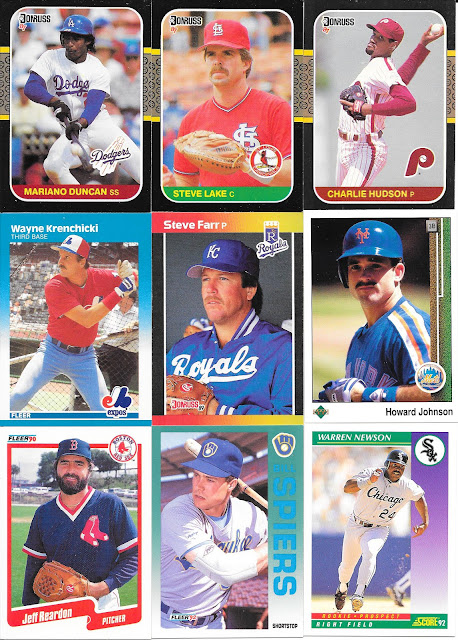 Like the amount of 1987 Donruss cards to come out of this repack all in - not a bad set to work on passively - though I am much further along on the Leaf version. 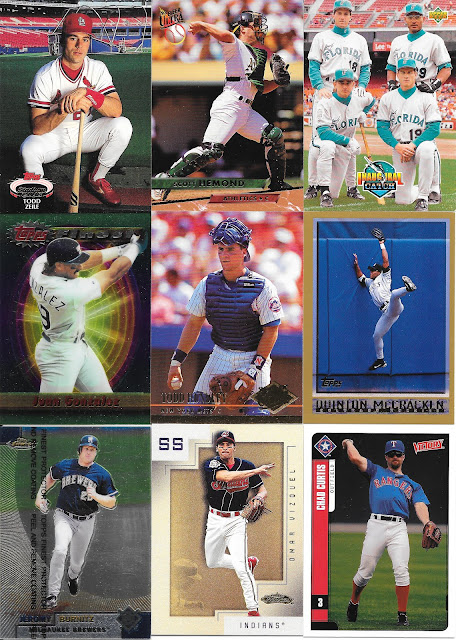 I really like the Marlins card from early 90s Upper Deck - a nice pic for a first year of cards. Also have a couple sets here that I haven't seen before between the mid-left Finest card and bottom right Victory. 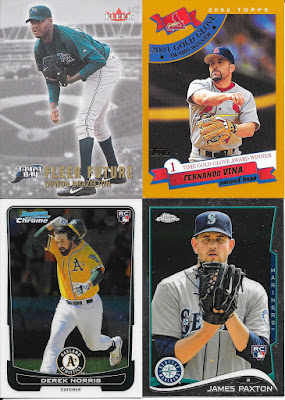 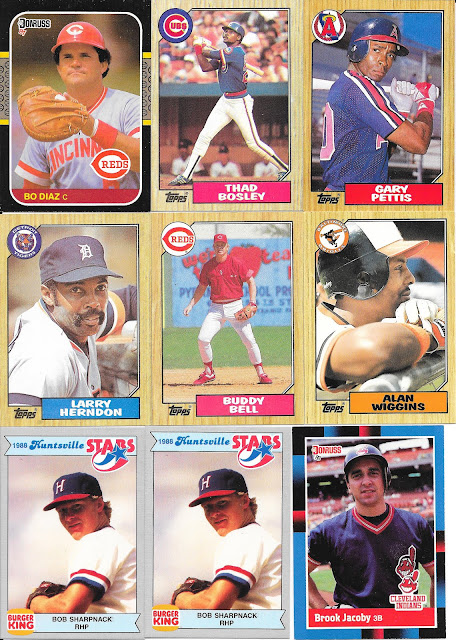 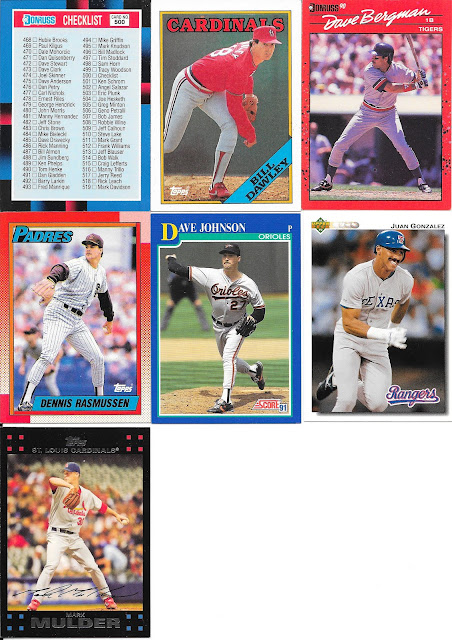 The 1988 Huntsville Burger King cards are neat, but I don't need 6 or 7 copies which is what I have seen from these repacks, with dupes occurring in a single repack before too, just like here.

I think a few days about some Value Village cards would be a nice change of pace starting tomorrow.