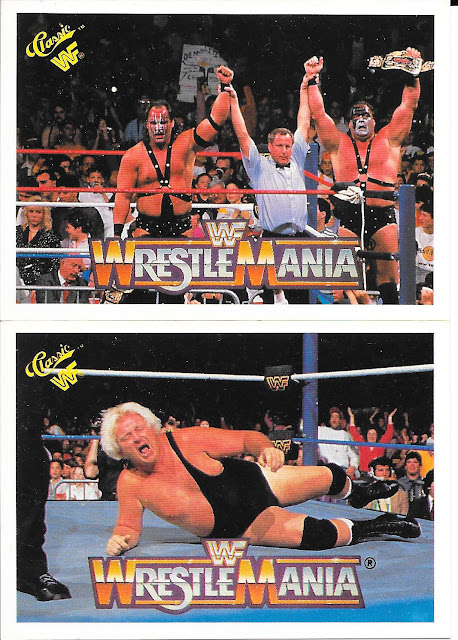 Some classic WrestleMania V moments captures here. Bobby Heenan could draw heel heat to anyone he wanted to with his ability on the mic. Demolition started off as a knock off of the Legion of Doom, but ended up with an awesome run in WWE. A shame that health issues required the introduction of Demolition Crush and a watered down team.

No stars here, but at least I have a second Roberts card, and this one not being a packaging error crimped card. 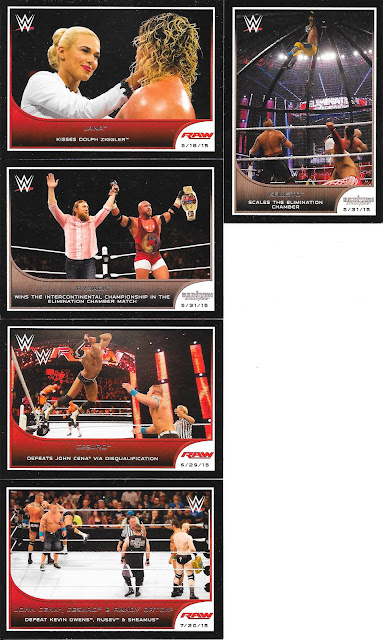 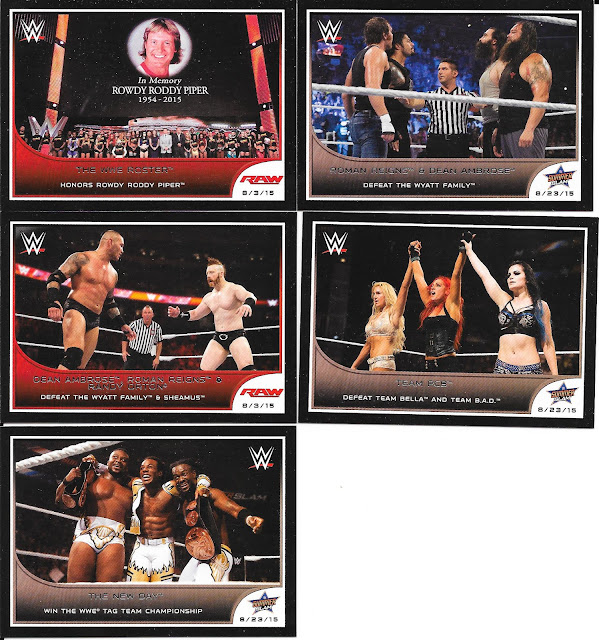 Here are the cards which seemed different - all the black borders. I like the black borders though, dark, but a nice difference...too bad scuffs show so easily on them otherwise, but small issue.

Fairly new cards here with 2016 Topps Road to Wrestlemania which document the leaf up to the big event.

Nice to have the Hot Rod remembrance picture - can't believe he has already been gone 3+ years.