I am losing my memory. So, after the new years issue of the cat chewing on some card stuffs I left out (mostly the package I will be sharing with you today), I stuck the boxes and things I got in the US, into a couple draws, most in one, a few in a second.

Well, the other day I opened the main draw and looked thinking that it seemed a bit less than I remember, then later for other reasons opened the second draw, and it was like finding Christmas because I forgot about the stuff. Yeah, my memory is apparently getting a little worse.

So today, I share one of the small dollar store packs I picked up - the one the cat decided to chew on the package of. I guess we will see if any of the cards are actually damaged, or if it was just the nice plastic he chewed on. 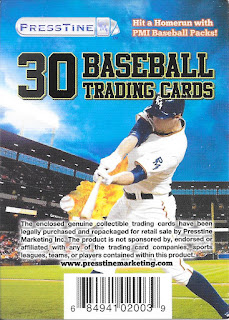 In Canada, you get 80 cards for $3, in the US, you get 30 cards for $1US (of course). Not too far off being similarly priced, the question then becomes - any difference in the make up of these packages? I picked up about 7 or 8 of them which I'll share here and there between boxes, etc. So these to came from the US trip last August, but not from Dave and Adams where basically all of the boxes came from. 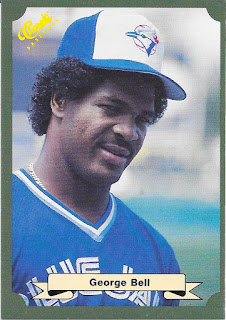 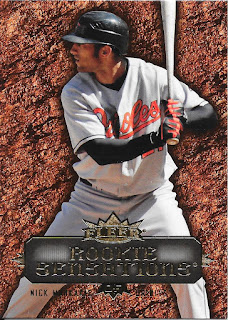 Nice - the pack even came with an insert! 2007 Fleer Rookie Sensation Nick Markakis. One that they got right as he was a fixture of Baltimore before moving to Atlanta.

An error card too. Okay, the error is a simple one....the batting average in the stats on the back is missing the ".". Yeah, even these simple ones, I like to collect.

Let's go through the dupes first, then the rest of the keepers... 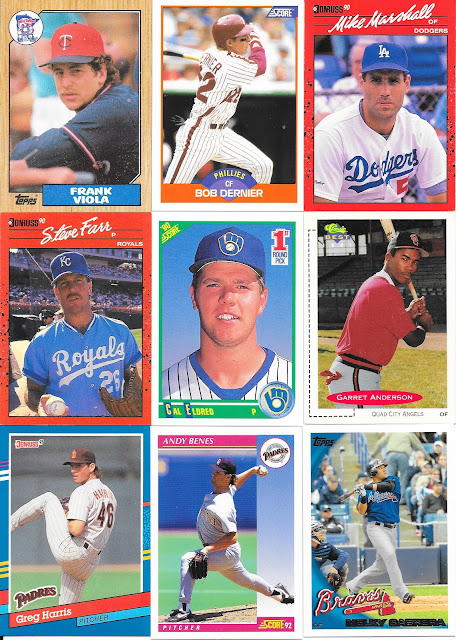 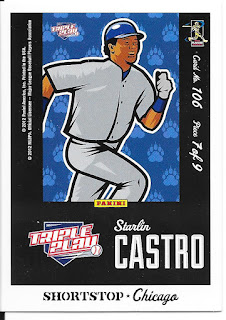 Happily not too much "junk" that I didn't need - and really just bad luck I happened to have the last couple already. Okay, as far as Triple Play goes, there is no great reason to have it anyway.

Keepers were great as far as how man since 2/3 weren't dupes of the 30. 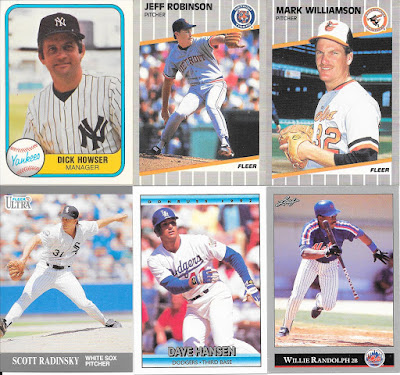 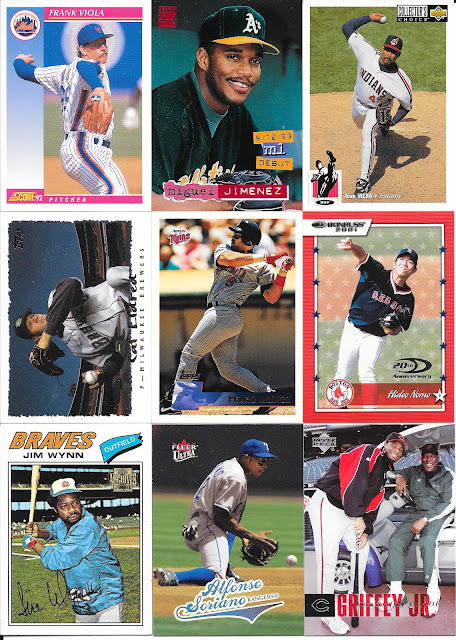 A few interesting cards here. The 2001 Donruss Nomo is interesting - first card from that base set I have, and an interesting design to it. Thick card stock is nice.

The next one confused me a bit. It is obviously, from the stamp, a 2001 Topps Archives card. I found it in the checklist, but for the life of me couldn't see the card number on the card. It is identical,  think, to the original release except for the gold foil stamp on the front, and the glossy front with thicker cardstock.

Last card is a nice Griffey card from his time with the Reds. 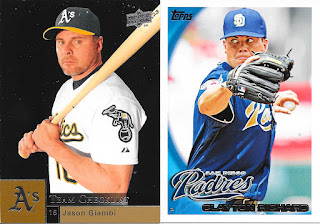 We then end with a last couple newer cards I hadn't added to my collection yet.

A solid variety, and maybe a bit better than the Canadian Dollarama 80 cards for $3 in that...no Cliff Floyd!
Posted by CrazieJoe at 8:00 AM