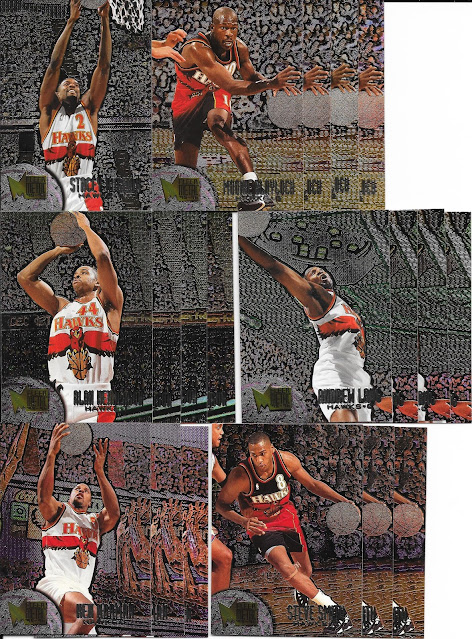 As you can see, multiple of many of the cards, and as is fairly usual, the cards are in order by team, so we start with the Atlanta Hawks. Actually, interesting that the team allocation of cards is quite varied as we see 6 Hawks and then... 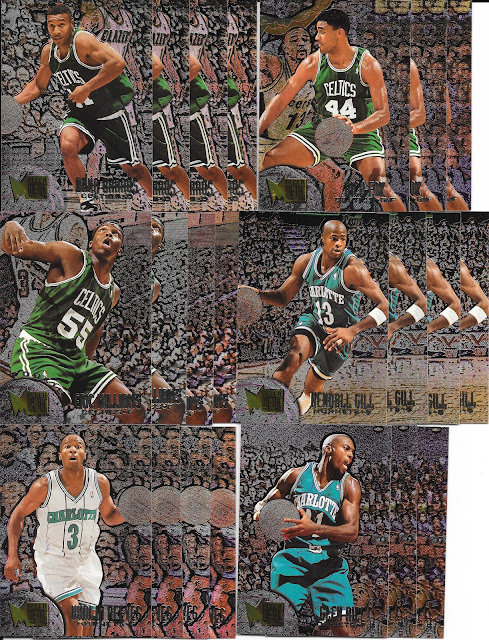 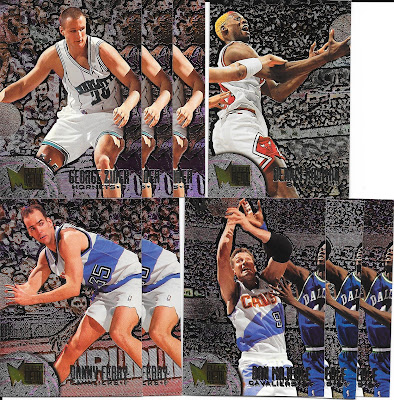 Only one Chicago Bull card with Rodman.
At this point - no one missing and we have cards 121 through 136, many in duplicate or..triplicate even.

I don't mind the look of the Metal cards in hand - very much like hockey's Black Diamond sets which look much better in hand than in scans. The Metal cards allow for more colour variation still with the backgrounds, and look a little more rust colour in hand - which goes a bit with the colour of a basketball, so kind of get it.

The names are really hard to read though. 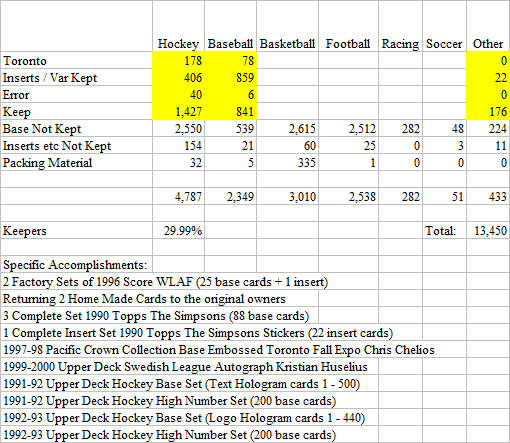