Well, football not being in my collecting wheelhouse, let's take an objective look at this set. 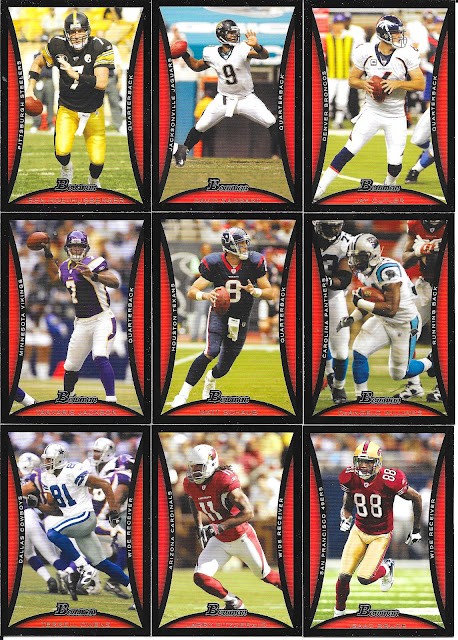 Some big names, though they may be a little controversial with Big Ben and T. O., and a design that is very harsh with the black borders. 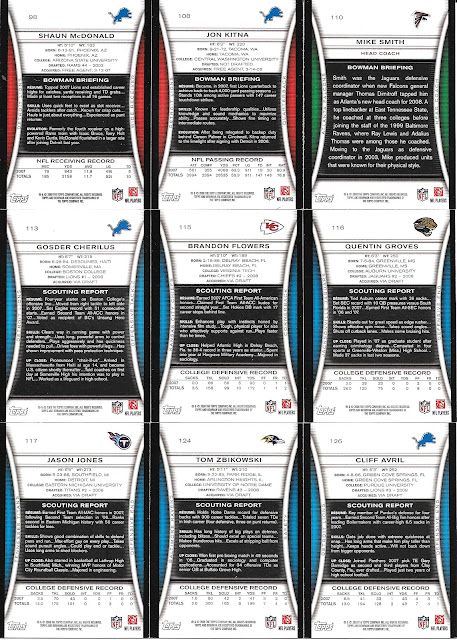 The backs are nice enough though not having a picture, with a one year stat line and total, and a good write up. At least there is a logo on the back, though I kind of miss it from the front.
The border colour scheme is red for veterans, green for coaches and blue for rookies. Nice to be able to simply spot the differences I guess. 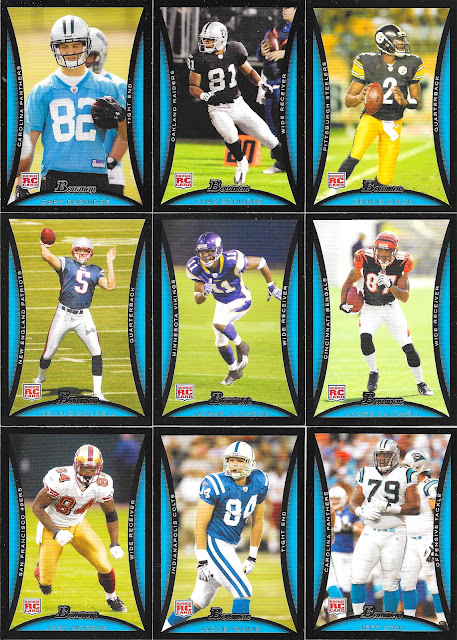 Not overly surprised that the set, and the cards I have here are rookie heavy, I mean, this is Bowman and what is Bowman without an excessive number of rookie cards?

Overall impression - this scream 2000s Bowman with the design. Not really a bad thing, it is what I expect it to be. Too bad it's nothing foir me to collect, but trade bait is all good! 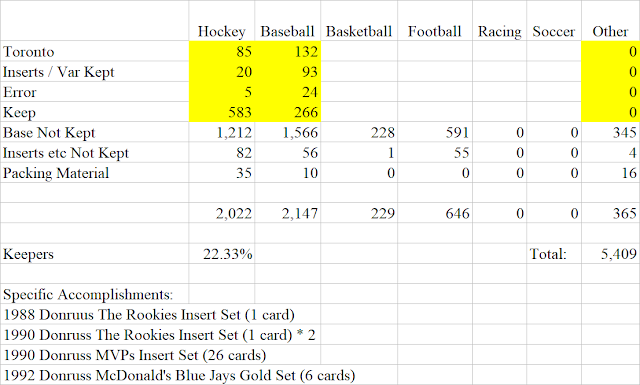