Sorry Billy but I have to point you out specifically, and your blog which is aptly named Cardboard History. Billy is one to enjoy the history of cards which, to some extent, is true of any collector of cards. That said, Bill is relatively new to NHL card collecting, so getting these cards made me think of him. 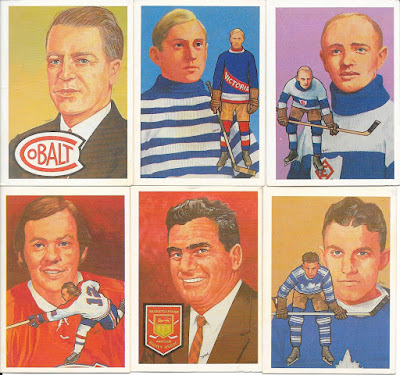 1985 Cartophilium Hockey Hall of Fame cards. These are copyrighted 1983, like the similar postcards, but were released in 1985. For anyone not able to collect really vintage cards (like myself), these give a great glimpse into early 1900 players and with a decent design (though I'd love even more of a write up on the back). 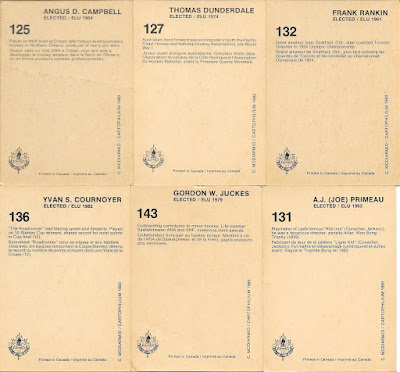 Had about five cards from this set come up a long time ago, and with a 240 card set, plenty there could be, but I doubt many more will come up in the Santa Lot, but really like these vintage subject cards - especially the Primeau Leaf card. 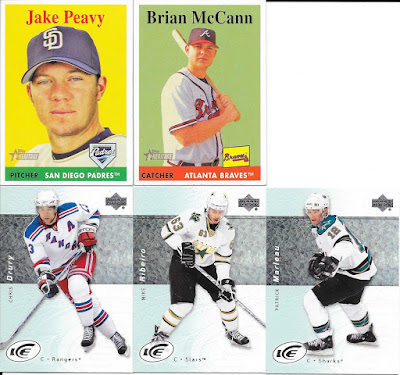 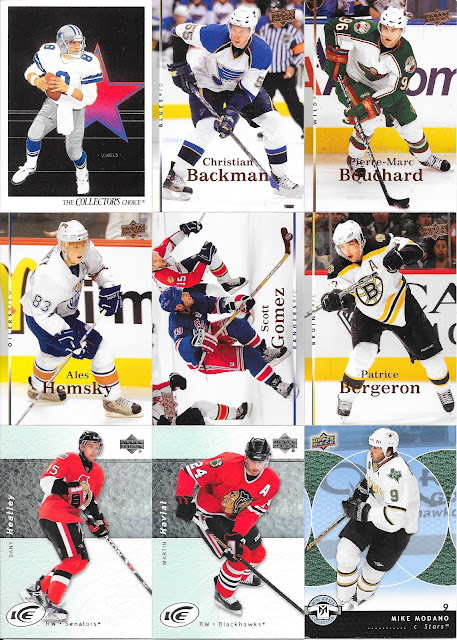 Not sure I much appreciated Troy Aiken during his playing days being a Bills fan, but with the passage of time, I appreciate him more. Like him more than Bledsoe - not sure why Bledsoe bothers me so much...but he does....even though he is undeniable skilled.