So today, a continuation of yesterday, we have 5 packs of cards out of the cube to open. So, let's get right to it! 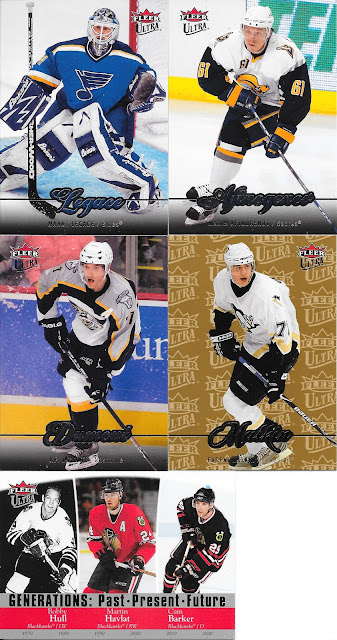 I have to say, that is a darn good start. Malkin is a player I really like since he is a star on my second favourite team behind the Leafs, and then a nice insert for Past, Present and Future which is a great little concept for a card.

Only downside is that of three base cards, I only needed the Legace - but still a great pack overall. 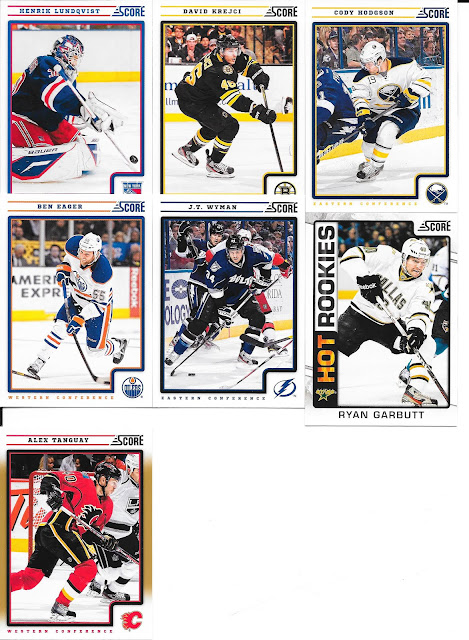 A couple of the cards rode up a bit in the scan, but overall, a meh pack (though Henrik says hello Billy!). At least a parallel to keep, but that's about it for my collecting needs. 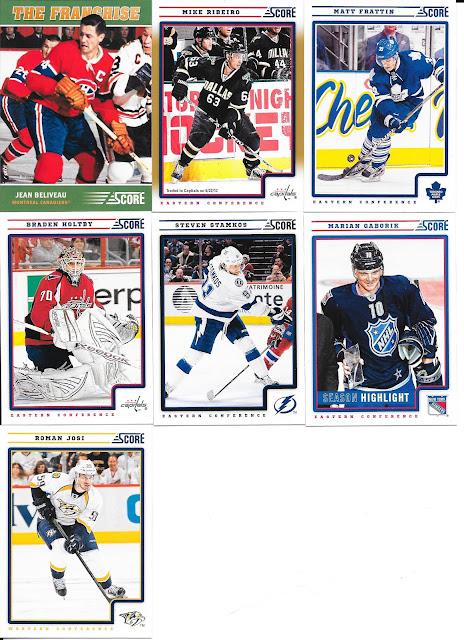 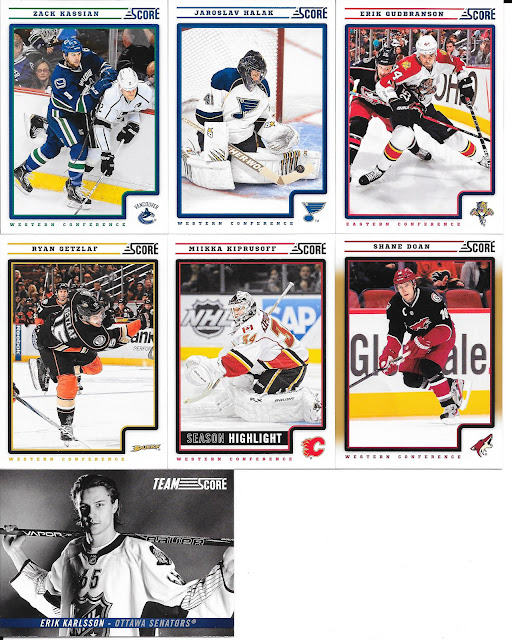 Not as good as the last one, but first Team Score card I have had in hand. I like the black and white photo - reminds me of early 90s Pinnacle cards. 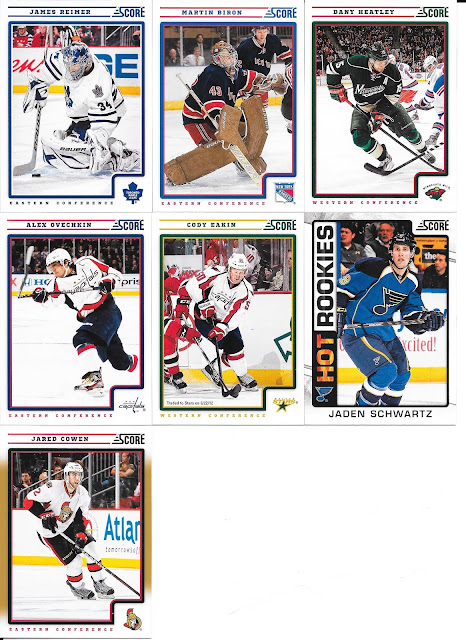 We end with a bit of a blah. Happy to end with a Leaf, but that's about it for the pack (and yes, Ovechkin too).

So, was the cube worth $20? I'd say it was a fair price for what I got, so I can't complain. Will I get another one? Probably not any time soon, but it is a good way to get a decent cube for storing cards anyway.
Posted by CrazieJoe at 8:00 AM