Nothing to do with the cards, but it is the last Friday of busy season, another year almost over, and as much as the weekend will be busy, it should mostly be processing stuff and just getting filings done electronically which is a different stress, but at least less of one than sitting there with hundreds of personal tax returns to review. Yeah, in Canada it's April 30, not April 15 for personal taxes to be due (but unlike the US, there are no extensions at all - it is either on time, or late).

Days like this, it is nice to unwind with some cards. which is where we are at today.... 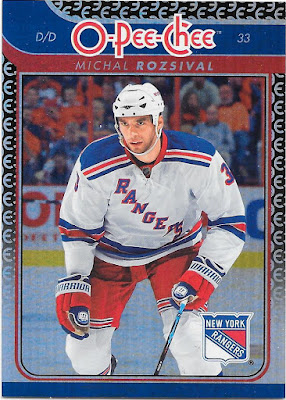 Easy enough to choose when it standout compared to the rest, as you will see below. There have been a good handful of these parallels in the last week or two here which is a nice streak. 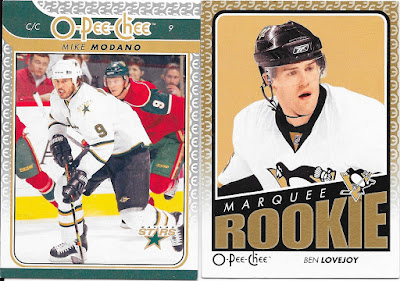 Makes sense to see a couple more from the 2009-10 O Pee Chee set given the one above. As for the marquee rookie, Rev. Lovejoy here (no - not really a reverend, but that is where my mind went first)....actually a good one given he just appeared in 2 games in 2008-09. He played part of 2009-10 with Pittsburgh and then a number of seasons between Pittsburgh (two stints), Anaheim, and New Jersey. A "hit" as far as rookie card guessing goes. 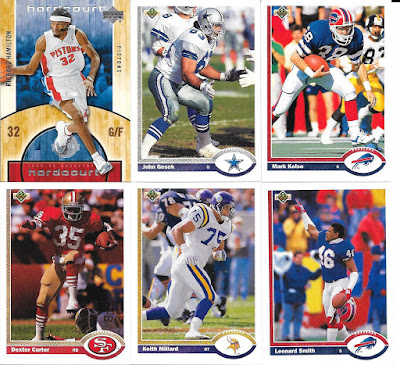 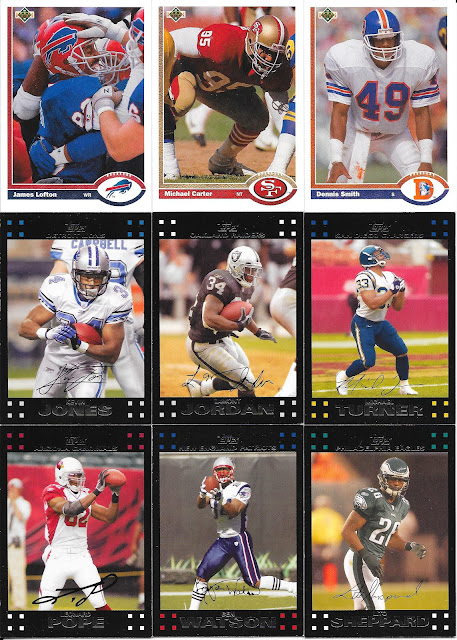 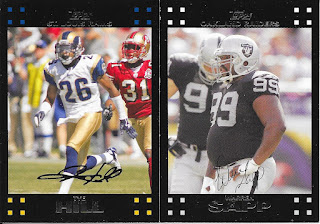 Not much to say other than, plenty of typical football between 1991 Upper Deck and 2007 Topps. Overall, meh, an okay day, but the thrill is the same, even when the cards are not.