Today an unboxing of one of my favourite types of products, the repack box! 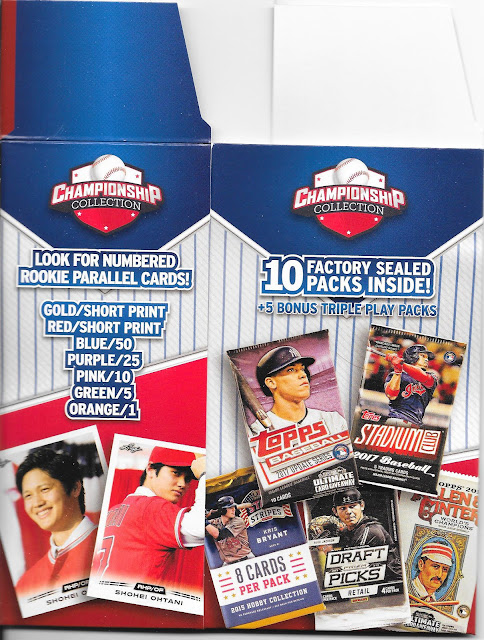 A newer product at Walmart, I figured I would pick one up in hopes of adding a few packs to my unopened pack collection. For $30, my selling point was the 10 packs. I get the Ohtani card (another fad that is starting to settle out....for most....I think. Don't get me wrong, good player, and unique, but the market was crazy after just a few starts this season.

I wonder if I could have got the box for $20 if there was no Ohtani card though....

I will also give them credit for advertising the 5 Triple Play packs. At least it is right there on the box, no surprises. I would have been irritated if it was sold as 15 unopened packs and nothing more said, then got 5 of them.

So let's break this down to see what we get.... 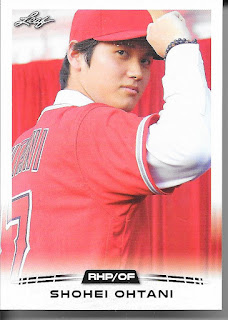 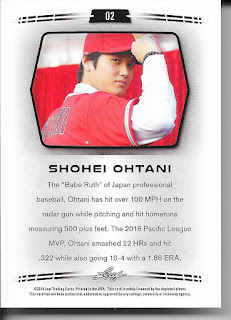 Definitely has a Leaf card feel to me, and as you can see, I didn't get the short print or serial numbered version - shocking. 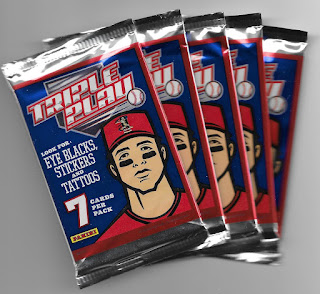 The promised 5 packs of 2013 Triple Play - nothing interesting will be coming out of those I presume. 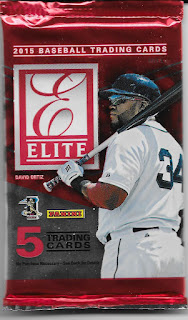 The first add to the unopened pack collection - 2015 Panini Elite of which I have no cards either. 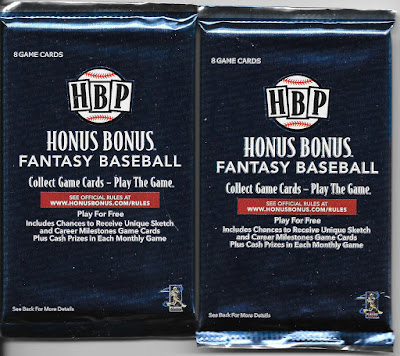 Another new one - I will keep one and open one at a later time. I have seen a couple of these opened, and they are interesting enough for a 2017 product. 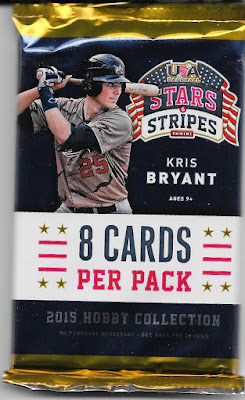 I have picked up these before in similar unopened pack boxes so don't need it - we will open you later. 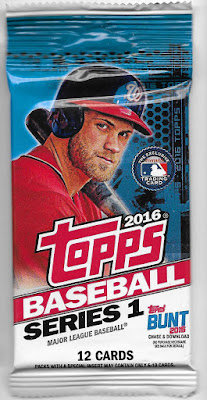 Though I have some 2016 cards, this is the first pack for my unopened pack collection. 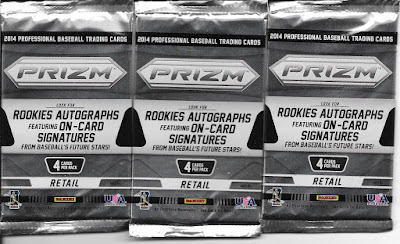 One of these will be kept - not my favourite line of cards, but we can see what they look like in the other couple packs. 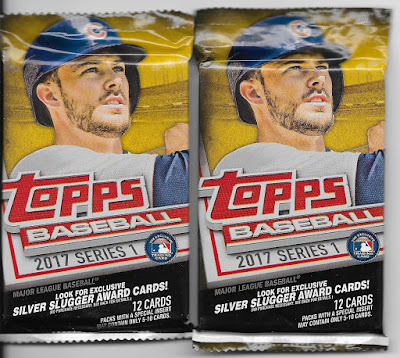 Lastly, another case of keeping one, and opening the other. Interesting that one of the two packs, I can feel the security tag which is in the pack. My question - are those completely random, or are they done in better packs, with hits or such? I think it is just random, but let me know if anyone else knows any better.

So, there we go - 5 new packs for the collection of unopened packs to move to...
Baseball - 202
Hockey - 226
Magic - 85
Wrestling - 5
Obviously not a massive collection, but much easier keeping a pack of each instead of a box or whole set of each.

I think I'll get into a pack or two, or 5, tomorrow, and maybe over the course of this week, but was this a Championship unboxing? Well, 5 new packs is good, but it'll come down to whether there is anything great in the packs that are to be opened....only time will tell.
Posted by CrazieJoe at 8:00 AM