As with most collectors (I think), food issue card collecting is one of the nice collecting sources outside the main flagship and other major releases. Food issue are usually a bit harder to find after the fact, and as such, become a nice add on when you can find them.

Though cards have been paired with many different foods over the years including pizza and pastries, the main ones that always come to mind are McDonalds and Tim Hortons given the recent run of hockey cards there. 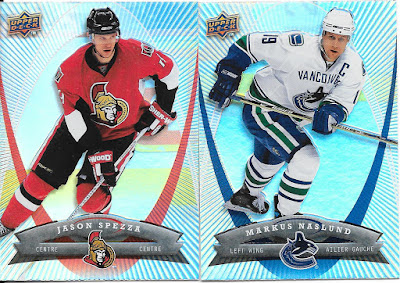 Just another reason why I like these types of cards from the Santa Lot. Only been a few out of this set, so nice to see a couple more and the design and feel of the cards is generally similar to the recent Timmies sets. 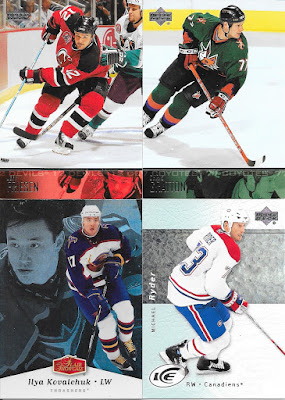 Even with the Santa Lot, the time period of about 1997-2004 has not been heavily represented, so a couple 2003-04 Upper Deck hockey cards here is nice to see.I think the design would have been better served not having the dupe picture done in the strip of colour at the bottom of the card. 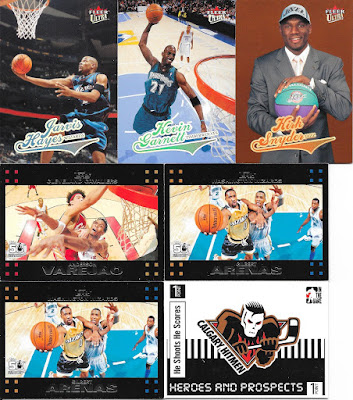 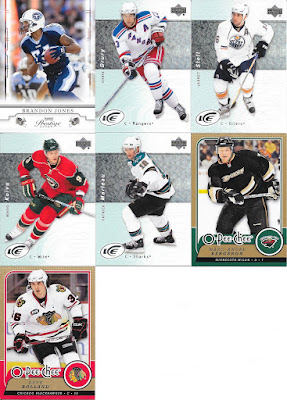 Yes, many of the same sets as usual - but how can you not like that Calgary Hitmen logo card? If you are going to do ads or insert cards, an easy way to make them collectible and kept - throw logos on them! Heck, throw a nice big golden arch on the insert, and it could be doubly collectible.