As the Toronto Blue Jays continue with their evolution...well...complete and utter rebuild...I'd rather think about an evolution in terms of wresting, at least that is one I can get more behind.

So today we will start to take a look at a wrestling blaster I picked up (in Canada) a while ago, and just haven't had the time to get to...kind of like not having gotten to much from the Dave & Adam's haul. 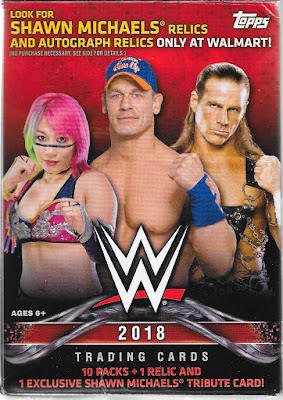 First thing, as always, I pull a couple packs for the unopened pack collection... 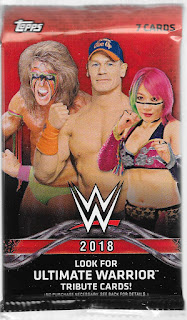 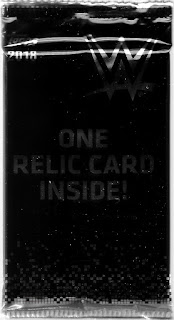 As there are nine packs remaining - let's do 4 today and the remaining 5 tomorrow. 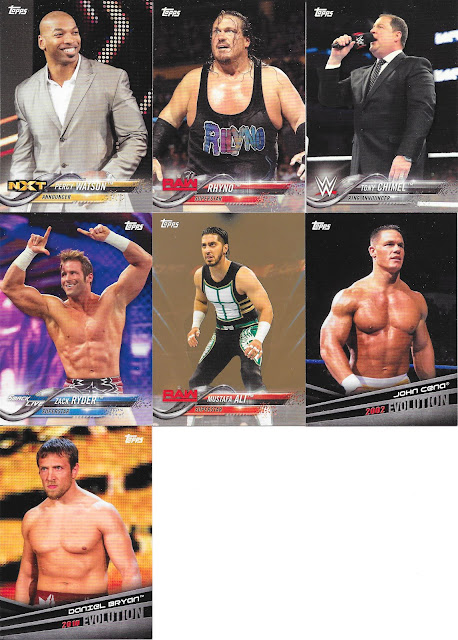 The design of the base cards, like past years, mimics the base design used in flagship baseball. Here we also have a bronze parallel of Mustafa Ali which is also similar to prior year bronze parallels and fall one in every two packs.

The standard insert set this year is Evolution which is 50 cards (the base set is 100) and covers different points in time of different stars in their careers. Here we have an early John Cena and Daniel Bryan (as far as WWE is concerned of course). Daniel Bryan here from the initial call up as part of Nexus, and John Cena documenting his first match on the main roster in Kurt Angle's open challenge. 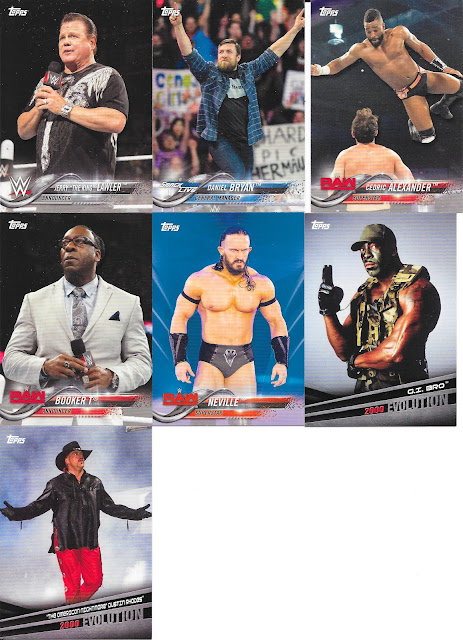 Some base card star power in Daniel Bryan (sorry, the Tony Chimel wasn't one I was looking forward to getting in the first pack). Otherwise, this is a Booker T hot pack with a base and Evolution card of the mad. That G.I. Bro gimmick was just...not needed...same with the American Nightmare was short lived too, luckily.

I didn't even realize it when I pulled it, but the Neville isn't the base version - but a blue parallel which falls one to every 76 packs, so this will probably be the hit of the blaster. Nice for the odds, but meh on it being Neville since he went home from the company. 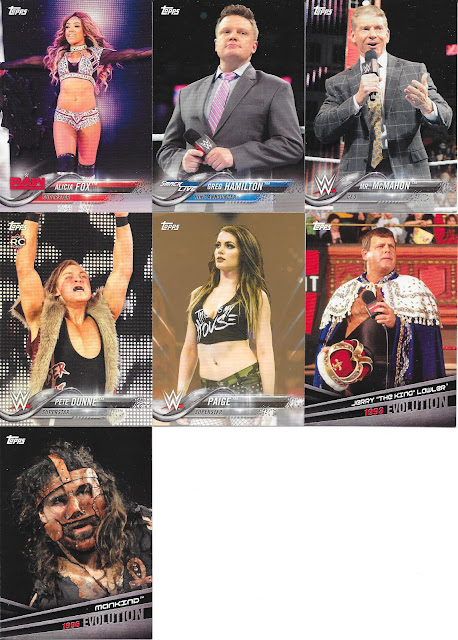 A second gold parallel with Paige, and a reminder that Jerry Lawler use to be a bit younger in his WWE career - circa 1993. The picture reminds me of his feud with Bret Hart 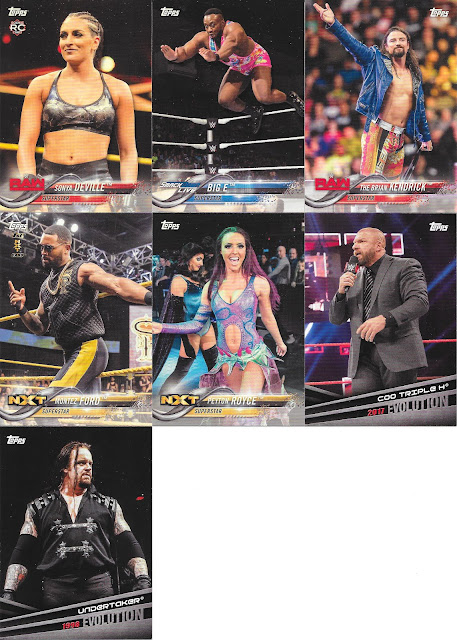 Like the Big E pic with him flying through the air, and a nice picture for Peyton pre-iiconics days. Also, the Evolution cards pick out a couple of the biggest names from the last 20 years, can't complain about that.

Overall, a pretty good four packs to start. Will be interested to see what else comes up tomorrow!
Posted by CrazieJoe at 8:00 AM