A different view and bravefan1 too

Not just some more baseball today, but a bunch of hockey as well - so let's look at more Jyas and Leafs from Jeff.

We start off with... 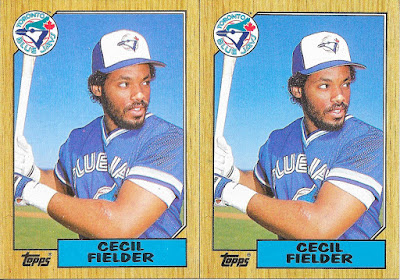 Two more Cecil's bring me up to 10 of these cards. May not be the most of any Jay, but going to be getting close. Still would be curious to have seen how Cecil's career would have been different if he didn't end up going to Detroit. 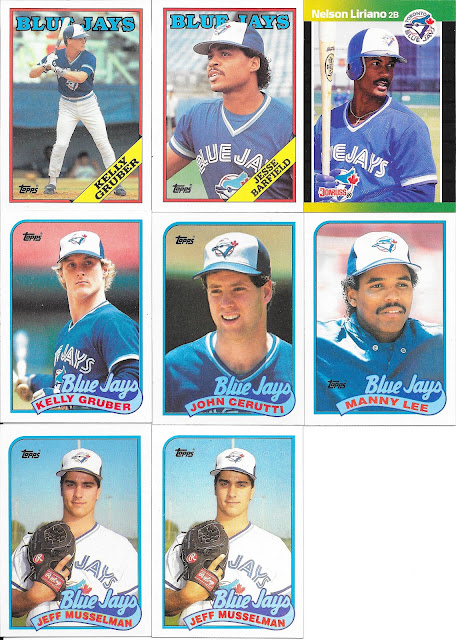 Yeah, still a number of usual suspects as far as "junk era" Jays go. But there are some newer Jays that are definitely new adds as well...

Yeah - three more recent big name Jays, and all new cards. Roy will always have a special place to Jays fans given his great career in Toronto, and unfortunately in part due to his early passing (which was just way too soon). EE for his parrot walking home run trot, and Josh for his MVP play.

As for the Leafs today...they start off not so English... 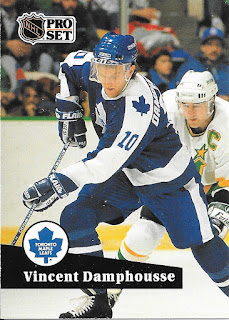 Just the one 1991-92 French Pro Set card, then we move on to a bunch more awesome stuff that is mostly new to me. 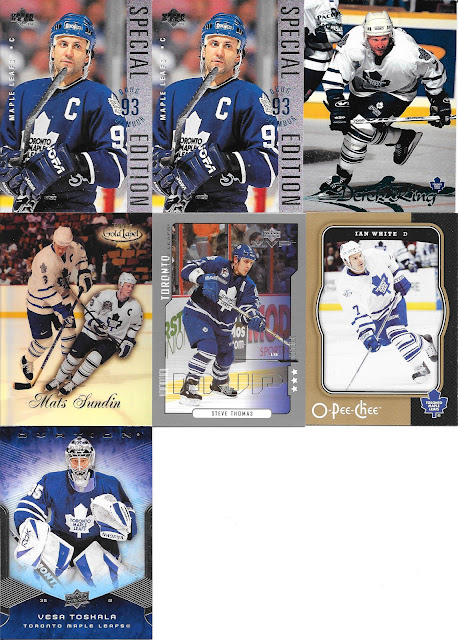 I have only had one or two Gold Leaf cards in hand, and those were baseball, did know they were very nice though - and getting a Mats one is really nice. It scanned really well, but are even better in hand. 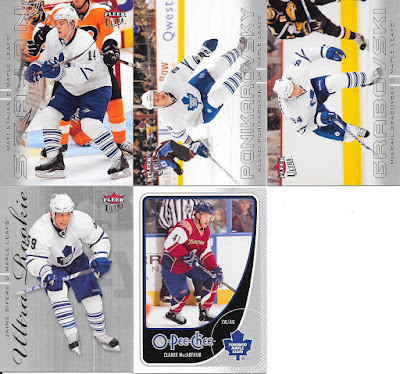 2009-10 Ultra is one of a number of sets I didn't have a Leaf from. Now, I have ab excellent start on the team set. The design is alright, actually almost like the rookie, full grey background better. 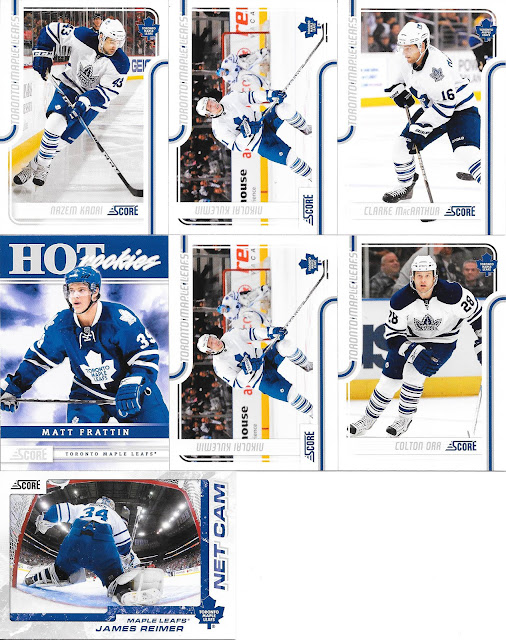 We finish the day with some base 2011-12 Score cards, a couple glossy parallels (Kulemin and Orr), and the one Net Cam insert card that is for the Leafs. For the different view point, I love the Net Cam insert set, and now I have the full one card team insert set!

Sometimes a little different view point can be a great change.

Another trade package came in, and I wanted to share that as well - this one from bravefan1. 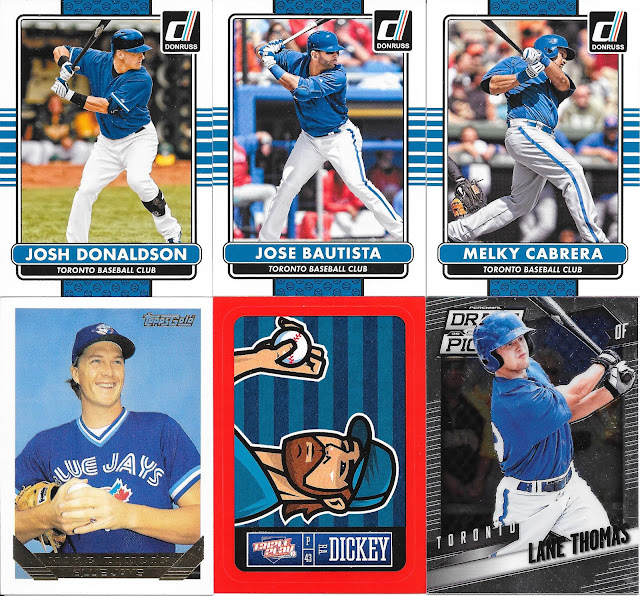 The newer, non-licensed Donruss are not my favourite usually, but the design from 2015 is fairly decent. Add in another Topps Gold card from the early 90s - makes for a great PWE.
Posted by CrazieJoe at 8:00 AM