More Jays from Jeff and a Masterpiece trade

Today, and still a couple more days worth of cards to finish up this great box from Jeff. Today, it's all about the Jays and though most of the cards are circa the World Series wins in the early 90s, I am going to focus on the cards in here that are newer and about the late Roy Halladay.

Roy started playing for the Jays with a couple appearance in 1998, but it wasn't until about 2002 that he became the workhorse that he was for Toronto, reeling off over 100 wins from his 2002 through 2008 seasons with the Jays.

He was a dominant player and was deserving of the Hall of Fame induction which he received posthumously. Possible it may have been a bit quicker to come because of his accidental death, but he deserved to go it. 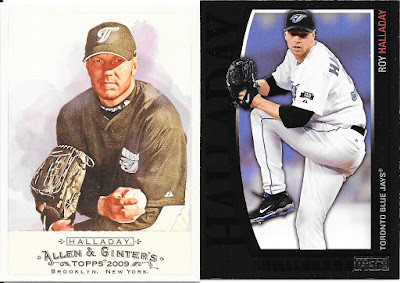 I am not a big fan of the fact he went in without a team assigned to him, but that is more because of the tradition of it - even if it was decided not as a Jay, but I can overcome that small grumbling point.

Anyone who won a Cy Young in each league, and pitched a no hitter in the playoffs, let alone the other numbers that support him - just show his dominance. 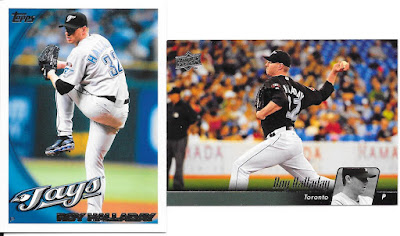 So what else was there? Well, cards from a couple different sets and a lot of multiples - which are great - but I'll cut out for purposes of showing here, so let's take a look... 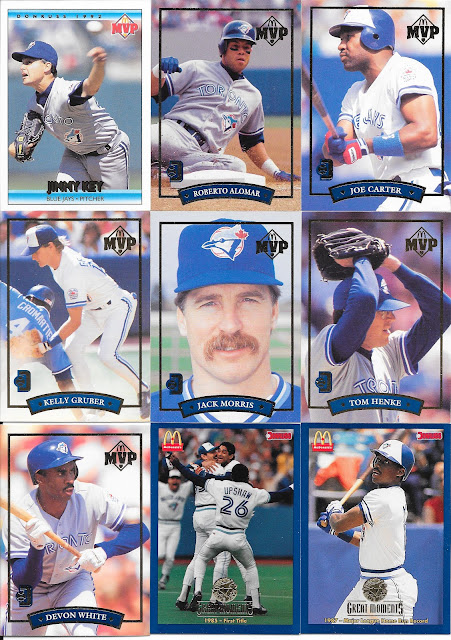 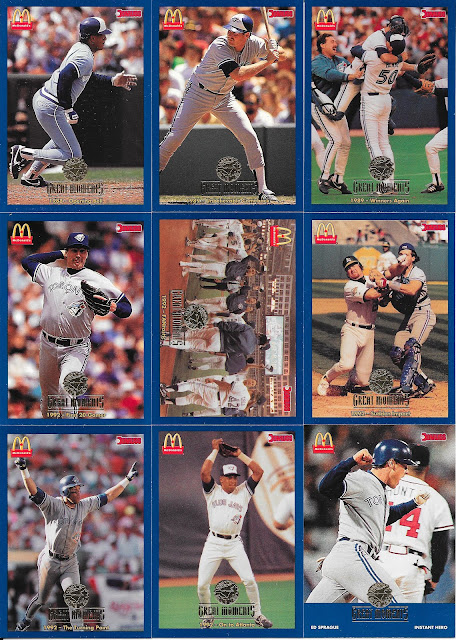 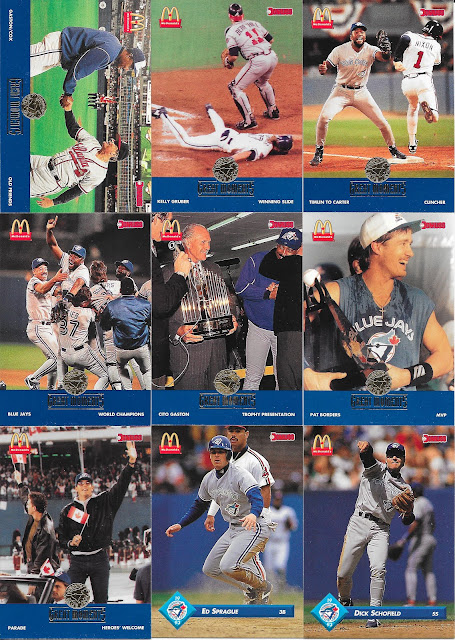 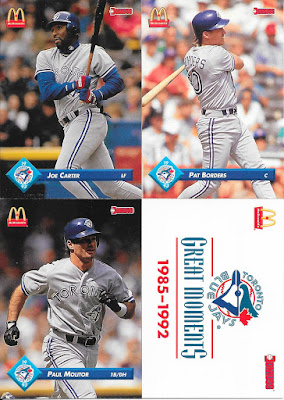 The McDonald's insert set of 6, I now have, I think 5 times over plus some extras. Technically, I should count a couple more complete sets here to the "number of sets completed" list for 2019 though.

Oh, and one last one, I will single out because it is the error version as the front is missing the wording in the bottom right corner, so this goes to the error binder. 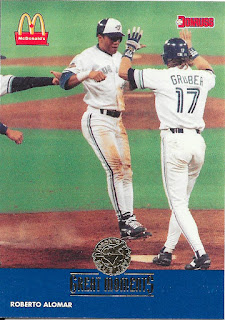 Another amazing bunch from Jeff. If you are getting tired of seeing my praise to Jeff, skip two more days because that's how much I have left!

In the meantime, here is a trade with TCDB member bobfetta who was able to patch a few holes in the 2008-09 hockey Upper Deck Masterpieces base set that I would love to complete. 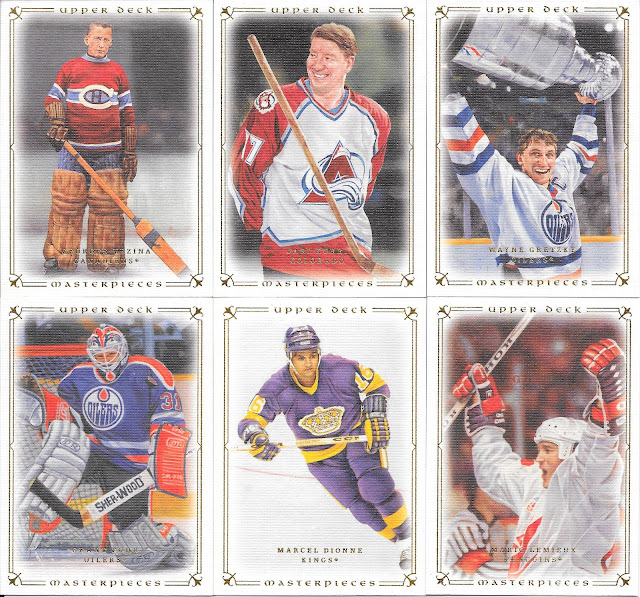