Well, if enough of a set is going to land in my lap, I take it as a sign that I am supposed to collect said set, and that's apparently what we have going on today. 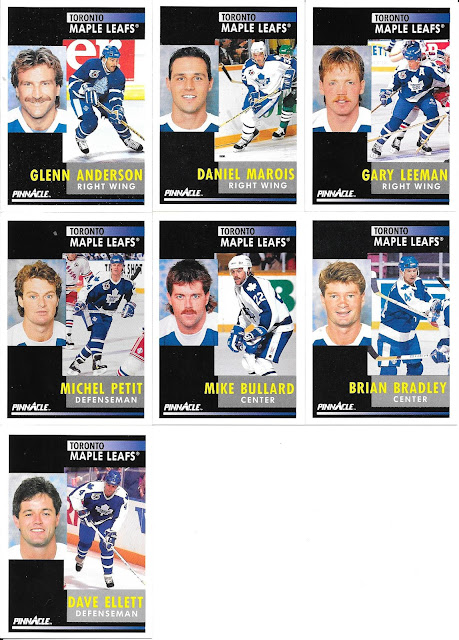 1991-92 Pinnacle is a fine set. Not one with a great design really as so much space is wasted on the front of the cards with those black boxes, but it does stand out at least. I saw glimpses of the cards elsewise in this lot, and with the run of cards today, I figure I best start collecting this one off the bat. Sure we have a bunch of Leaf cards as shown about, but we get a good quality run of cards too. 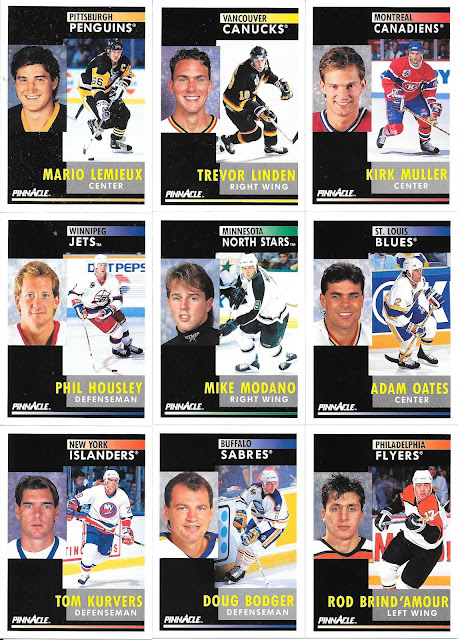 I mean, if Super Mario, card number 1 to the set is here, then probably most of the cards will be. Going through this first 100+ cards, they seem to be. 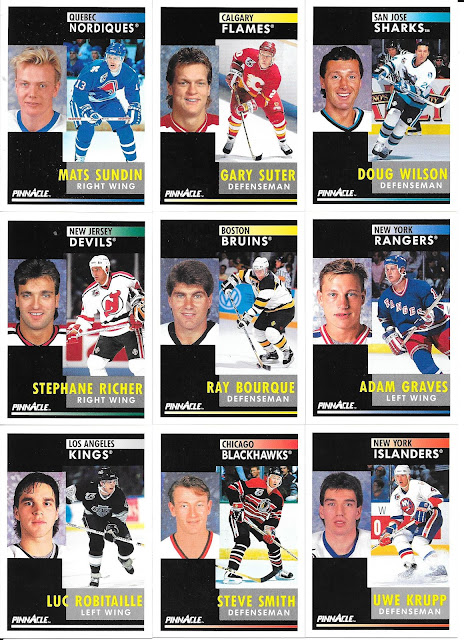 Younf Mats with his blonde locks, Bourque and Robitaille too. 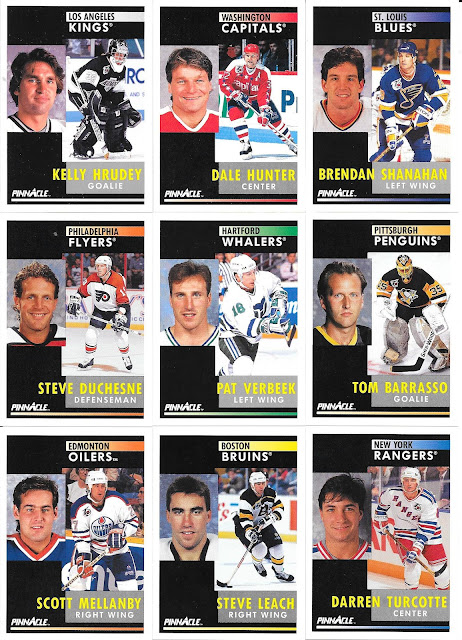 This first portion of cards adds 115 new based cards, so more than 25% of the set in one go. 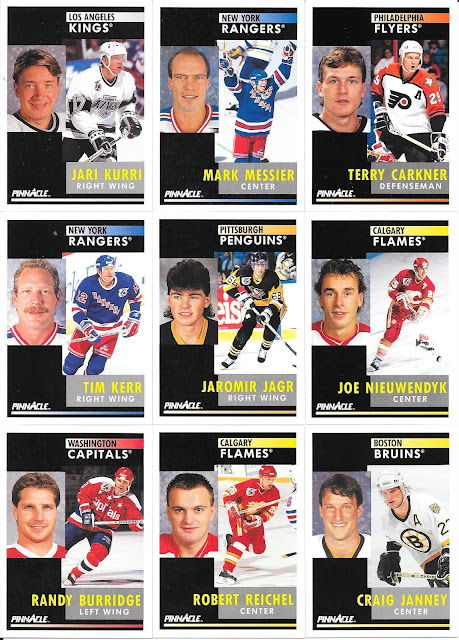 Would I normally go after this one? No. There are better sets for the year, but I mean, here's Jagr too (oh my goodness, so young). 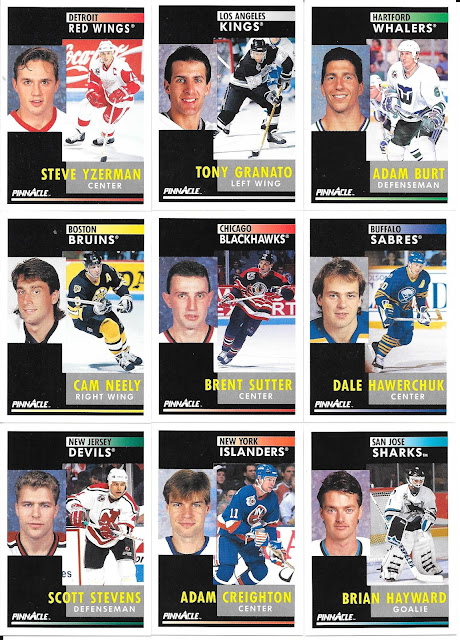 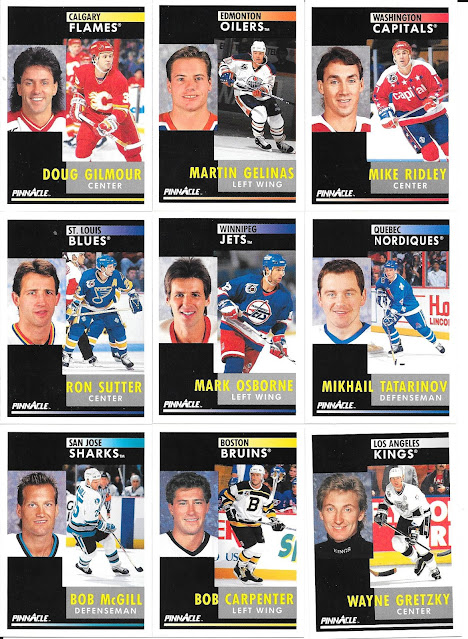 We even have a pre-Leaf Gilnour. DO you have any sets that, because they fell mostly in your lap, you had the need to complete them because it was so close? We will see if I get far enough on this one by time the lot is done, but I wouldn't be surprised if it ends up over 90% done, but time will tell. 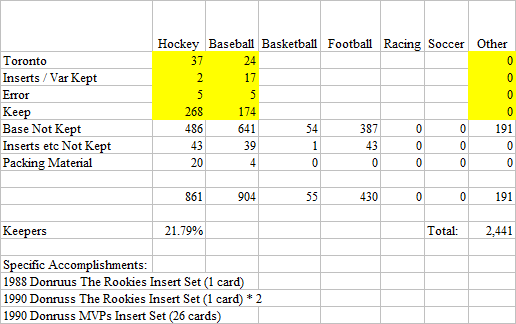