It All Nets Out

Today's cards from the COVID lot... 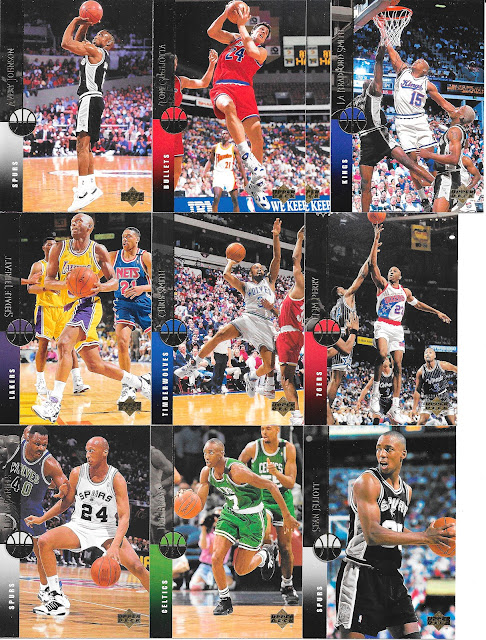 bring us 120 cards from 1994-95 Upper Deck. Basketball had been a bit lacking in this lot, and that would be OK with me as I don't collect it, but I was a bit surprised.
I don't mind the set, and the design, and it is standard 90s Upper Deck flagship. 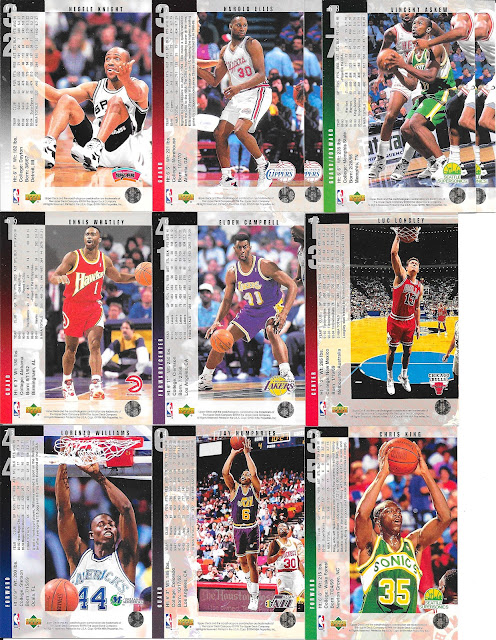 Still never a fan of the vertical stats - I don't like having to turn the card to read the stats and writeup. I get the reason, the picture is well placed, and the all important fine text takes up a bunch of the bottom of the card, which again, was par for the course with 1990s Upper Deck. 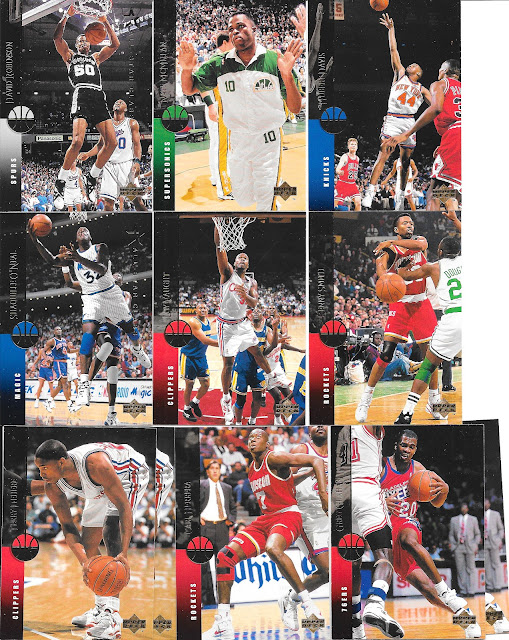 There may not be any Jordan cards, but that seems to be the only name left out here. In past lots, I wouldn't see a Shaq card at all, but that's not the case here.
Shaq looks so young! 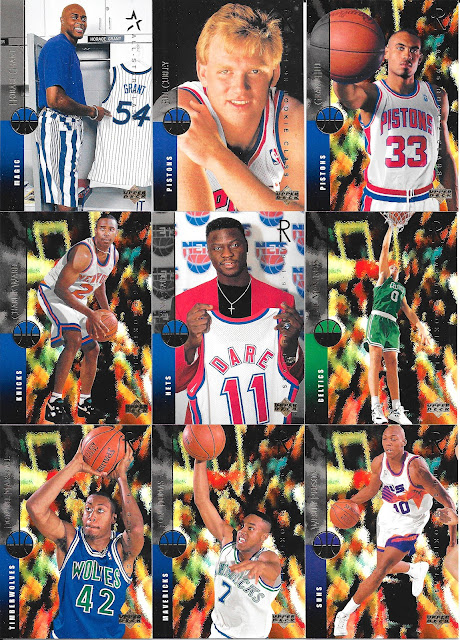 As much as I understands the use of fuzzy basketball background number 238, couldn't they use something a bit different on each such card? Put together like this, it's just nauseating. 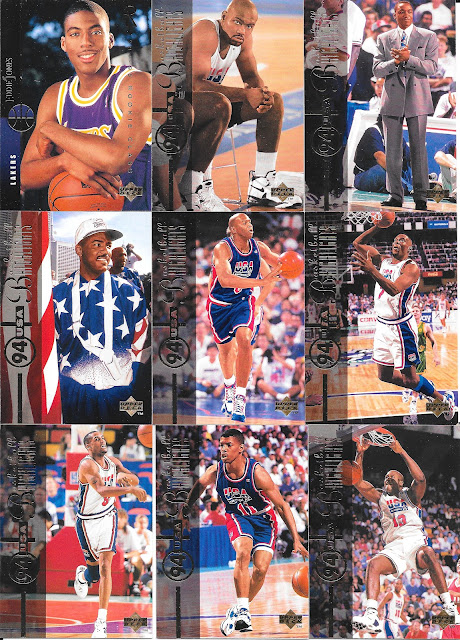 Wouldn't be a basketball set without some sort of praise to the USA world team in some subset. In the 90s though, it was such a big deal as it was the dream team when it came to basketball.

A neat bunch, but not my thing - if it's yours...and you need any of these...just let me know, and there are others which are already in my TCDB for trade list. 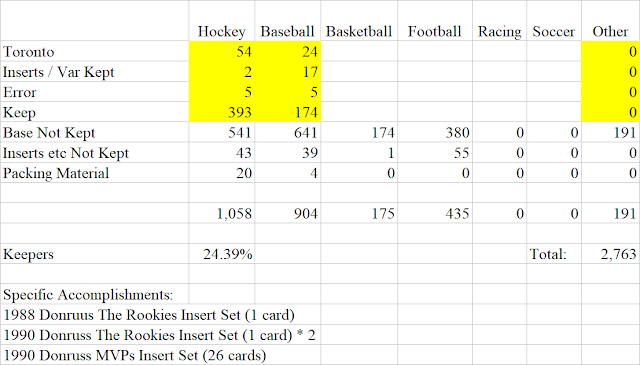