For better or worse, as it stands right now, there's no 1996-97 hockey set I am building. Now, this isn't because I've already got a few built, but because I just never had any of the cards in great number to want to start, and there hasn't been a set for the year that otherwise wowed me to actively seek it out.

I mention this because we have the flagship set for Upper Deck today to look at, but only two keepers... 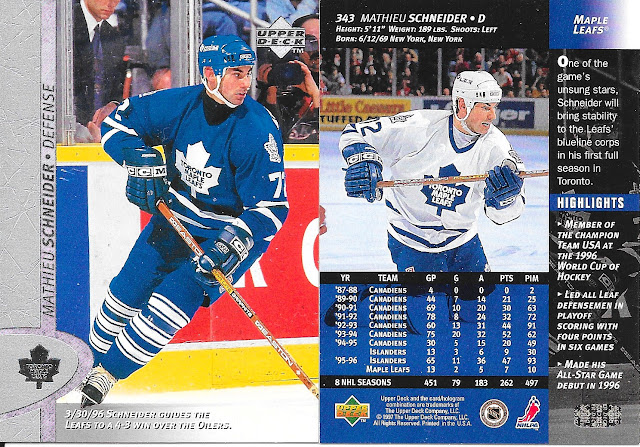 The good part of getting two copies of a Leaf card is that I can show the front and back in a single scan.
Schneider wasn't one of my favourite Leafs as his run almost felt like a temporary one as soon as he was brought in as Toronto tried to drive forward in the playoffs - unsuccessfully of course.
I do like the back design which is similar to the basketball release by Upper Deck. Full stats, quick highlights and a picture different from the front. The front - I don't like the way the silvering design is done.
So, for those interested, here are the ones up for trade - just let me know if you want anything... 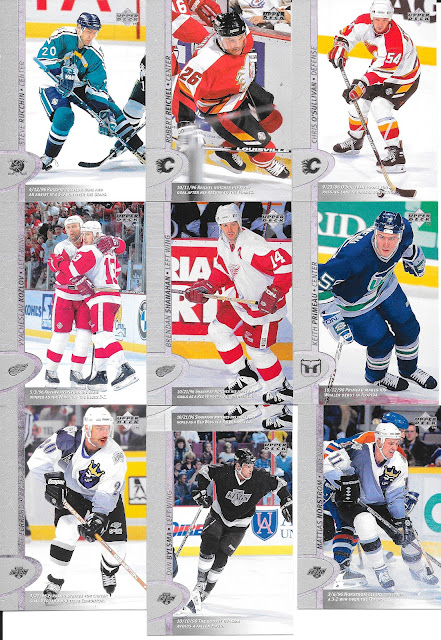 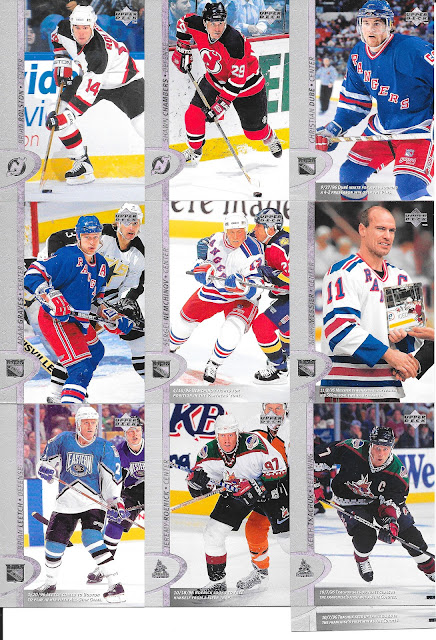 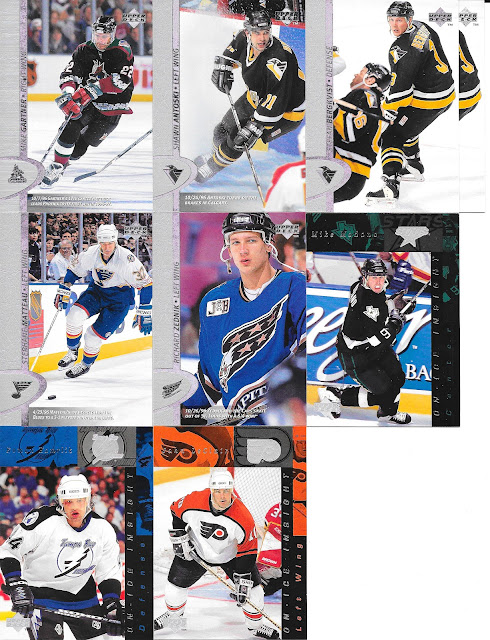 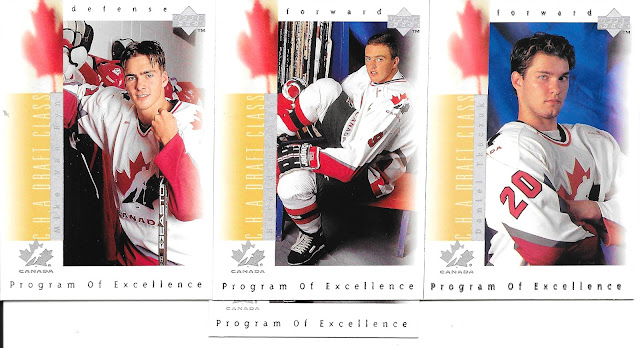 I get the Team Canada subset inclusion, but like minor cards - does nothing for me. 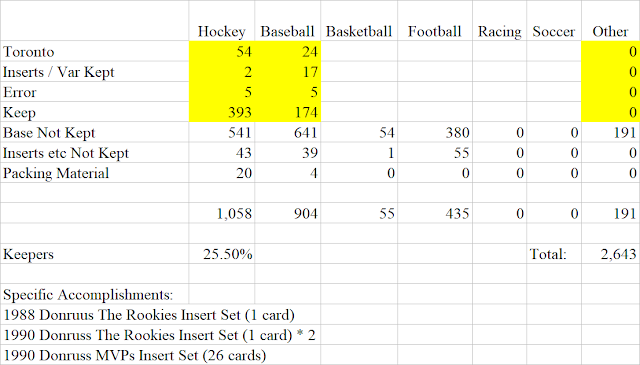