Damien Sandow probably did better for himself than his ability should have allowed. He was extremely entertaining once paired with The Miz and started studying and mimicking him. 2015 was a good point in that angle, and I guess they were going with that on the cards as well. 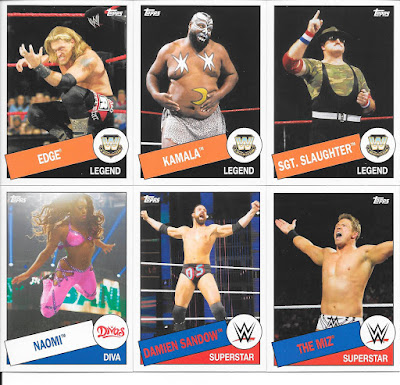 As you can see, the pose for both is pretty similar. Good use of the photo to push the angle (though it may well have been just by luck it turned out this way).

The Naomi base card here also better shows her look once she was called up to the main roster, rather than the NXT call up card a couple days ago. 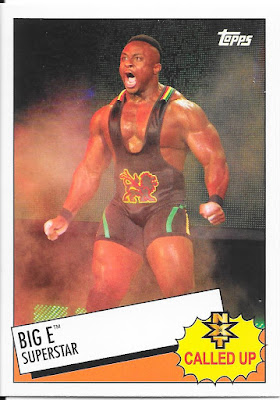 We then end with the insert dupes... 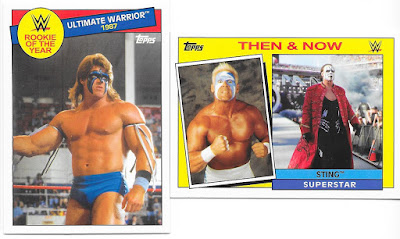 The Blade Runners reunited! Way back at the start of their careers in wrestling, Ultimate Warrior and Sting were a tag team. Obviously they split and had great individual singles careers - but funny sometimes how people start out.