Put on a Smiley 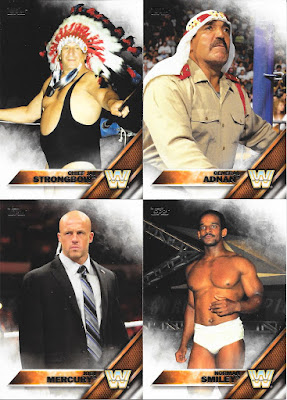 Another group of legend base cards today - though Smiley is one of those guys that makes me think they are really stretching the term legend on these cards. Unless there is part of his career that I am missing, his not so eventful run in WCW including some time with Rufus, doesn't really culminate in legend status to me. 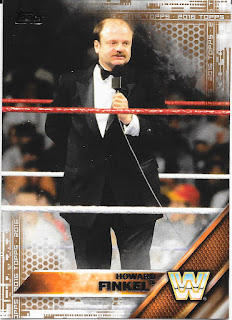 Ah, the Fink in bronze mode - not too shabby. 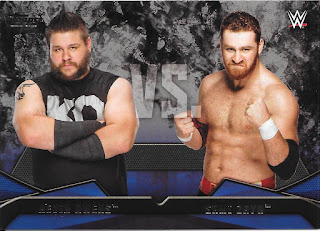 A great rivalry in NXT, continued into the main roster - definitely one of note, and one that was many years in the making on the indies. Two men who had their careers closely aligned for long periods of time, know each other well, and have great chemistry in the ring whether against each other, or on the same team. 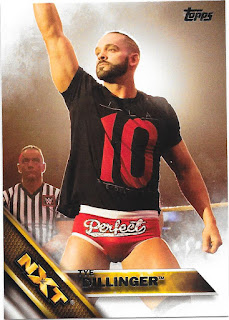 Given I now have the whole set, a dupe of course to end.