Today, simply enough, the second pack out of the 2017 Topps Update box. 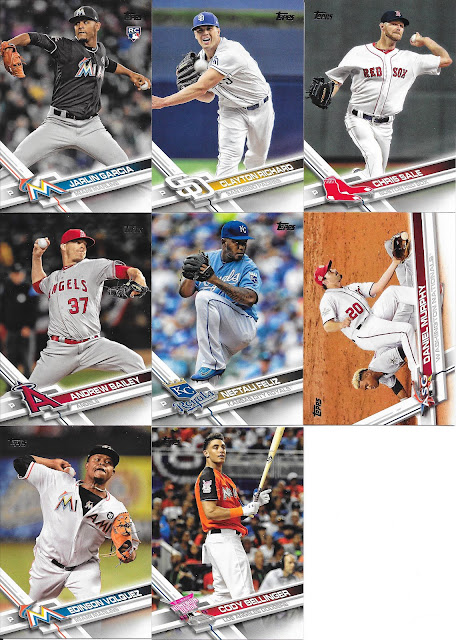 Not too shabby on the base cards which were all needs, just like the first. Can't complain about Cody being the last card in the set with a nice pose from the Home Run Derby. I am not necessarily a big fan of how the update series have turned into almost a full new base set all to their own of similar size as series 1 and series 2, but ar least some of the content is trying to be different....trying being the key word... 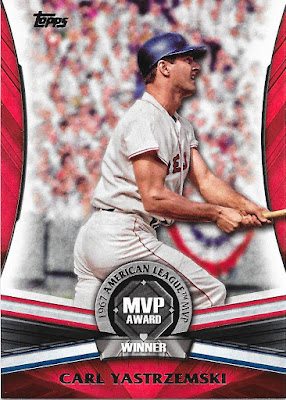 The design of these MVP Award Winner inserts are okay, but more important is the content - can't complain about new cards of past stars like this. 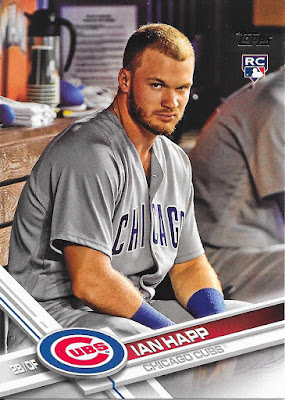 We end with a variation card - short print (rather than the super short print) of Happ. Wearing quite the look from the dugout, a decent enough short to use as an alternative card pose, and highlight of this pack.

I was a bit surprised to see there are odds on the box for variations (one if four) are listed.....*does some digging*....what? So they seriously added in variation cards in the update set, for cards that appeared in the series 1 and series 2 base sets? Ridiculous. Okay, the 20 points stand for this base variation card since it is for the update set itself I guess.