New to me from Dollarama

Over the winter, I picked this up on a trip to the Dollarama which was for other things. Hadn't seen these packs before, so thought it would be an interesting pick up, and I never mind being able to pick up a memorabilia or auto card - even if it will likely be of a little known player.

Interesting to see what these include, so let's go from least to most interesting...give or take.

First off, the duplicates... 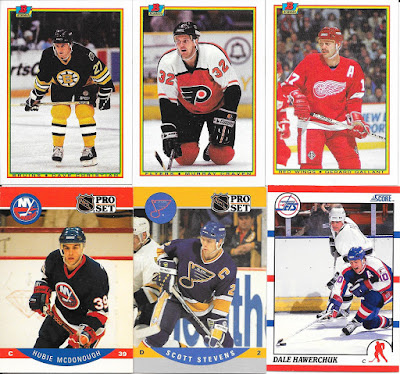 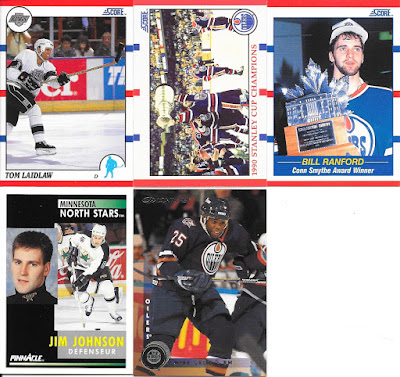 Absolutely no surprises here - early 90s Bowman, Pro Set and Score. All sets I have completed or pretty close to completed. The Pinnacle is French (I don't keep any French cards except Leafs), and 1997-98 Donruss is a set I also have completed thanks to a box a number of years ago, randomly showing up at Wal-Mart. 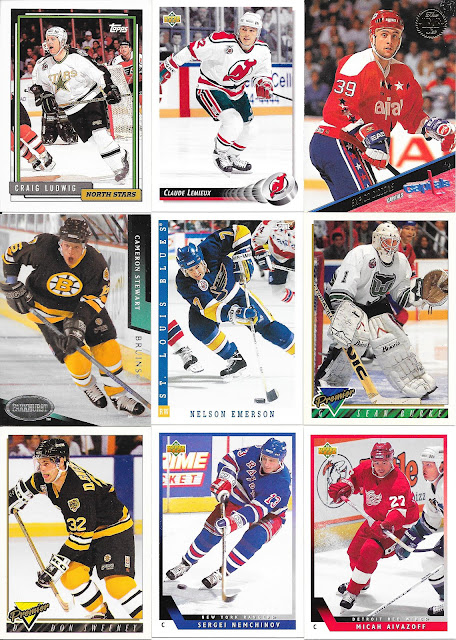 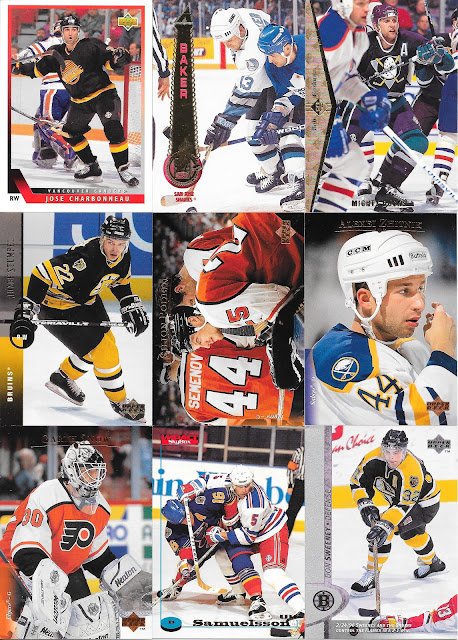 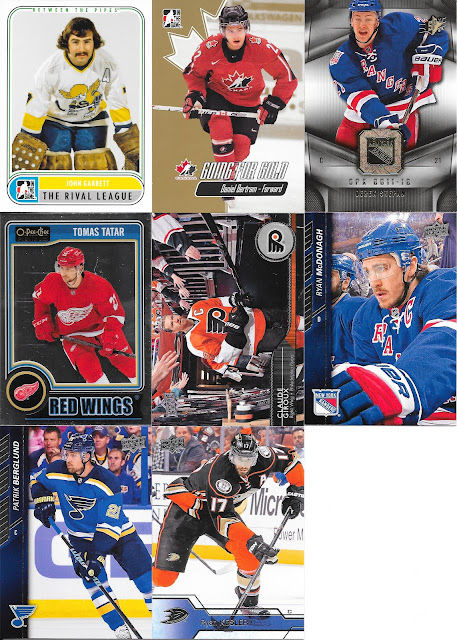 Well above the 50% goal line on this one, having 26 keepers, not including the three to come below. Samuelsson is an interesting one - only the second card I have out of the Skybox Impact set circa 1996-97. Also, these include my first 2011-12 SPx card ever. Happily surprised on the variety of sets here actually. Maybe it is because I am use to the 15 card packs that give you fairly similar sets, or maybe one card that is a bit of a surprise, but the 40 seems to do a better job. 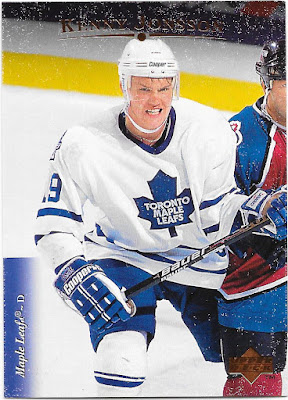 Just the one Leaf - odds say there should be one or two given it is 40 cards. So, more importantly, it is a Leaf I didn't have, so that's a plus. 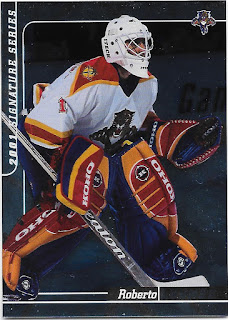 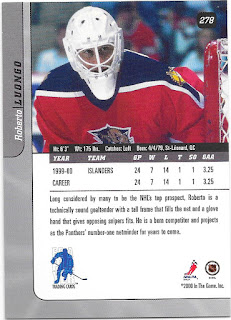 I am a bit stumped on this one. This definitely looks like the base card for Luongo from 2000-01 Signature Series, but that base card is supposed to be numbered to 500. I looked online, and that is what I found selling on COMC and ebay, but as you can see on mine - no SN printed on the back.

I looked at the other inserts and printing of the card and can't find one that ISN'T supposed to be serially numbered.

Any one out there have any clue? I guess it is possible as I assume the serial numbering happens as a last step, so maybe it go missed, which would be an awesome little error, but I'd like to make sure I am not missing a non-serial numbered set somewhere before I get more excited about this one. 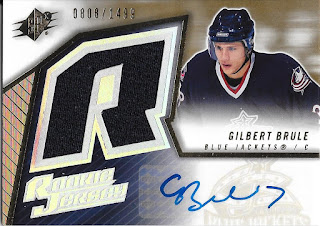 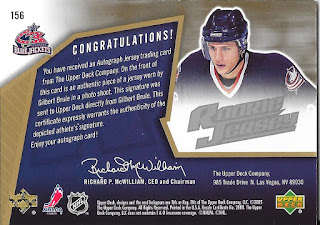 A jersey (yes - from a photo shoot), an auto AND serially numbered. More than I would have expected, even if he is a Columbus Blue Jackets player. Not actually too shabby at all. I was expecting generic white patch with no serial number.

Overall, I would call this a success, and anyone who has thoughts on the Luongo, let me know.
Posted by CrazieJoe at 8:00 AM