Another day, another 20...well, at least March is almost over. April will be crazy busy with tax filing deadlines at the end of the month, but hey, only about 30 days give or take, and then it's over for another year. Some people don't like it, but personally, I enjoy it - and most everything about my "job" which is what makes it not seem like work and makes the days go by quickly.

Just ahead of the 20 though, want to share another Listia pickup. There were a number of 2015-16 O Pee Chee hockey so I picked up a handful and reasonable amounts - the one splurge is the Leaf card below of course.

The rainbow cards scan a nice blue colour I must say...and in hand they have a nice shine to them, pretty decent all around as simple but effective parallels go.

Not a long stay in Toronto for Gamache, but that is part of the interest in collecting any and all Leafs - is the ones that weren't big stars or around long.

Also a couple more 2007-08 Topps Basketball parallels. I like the colour of the Gold parallels better than the copper - maybe not as strong as black used on the base though. Not sure why Haslem is so upset that he feels the need to take the ball and go home, but he sure is fighting for it.

As for Yao Ming - I remember what a big deal he was (no pun intended) when he was drafted. He ended up with a decent career, but I think his size kept him awkward - at least at high fiving after being picked (that still gets good play on lowlight reels). 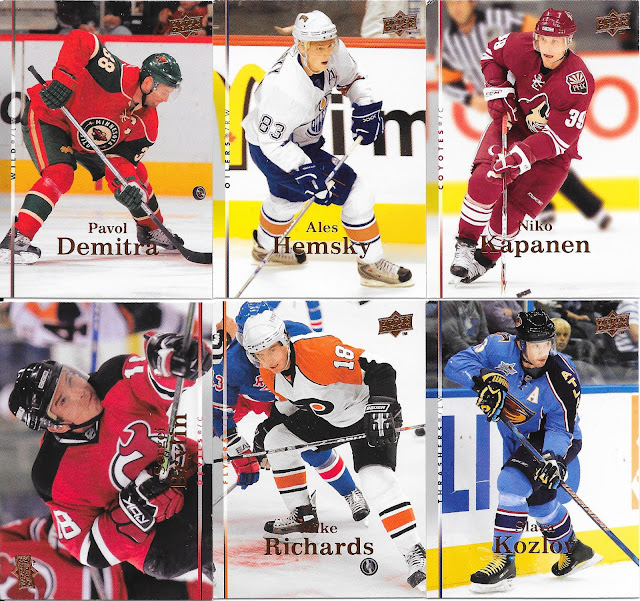 Hey another Mike Richards - we've seen a few of these on my posts, well, why stop there as we see another here! 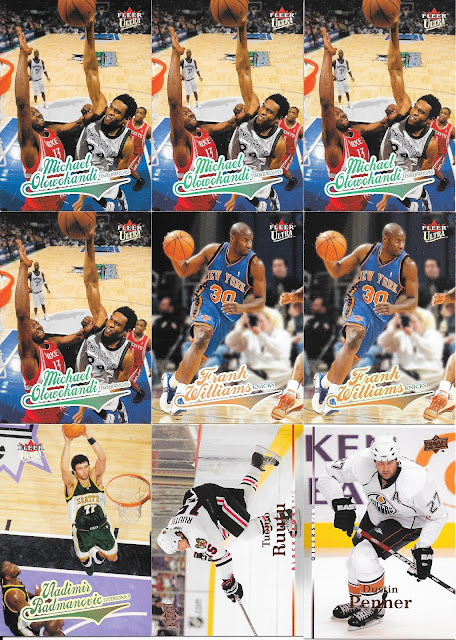 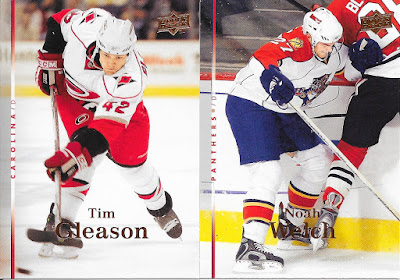 Nice action shot on the Olaka...Oloko...Oloka...um, Michael's card there - an obviously I have a few if anyone is interested.