Phil in the House and some Gold

I figure I'll dabble in some Listia wins as I get them, might as well post about a couple different things if I can!

I picked up a number of 2014-15 Ultra gold medallion parallels in a group of single card auctions. I unfortunately didn't win the one I really wanted (a Leaf one of course - we can call him Phil) but did come away with these: 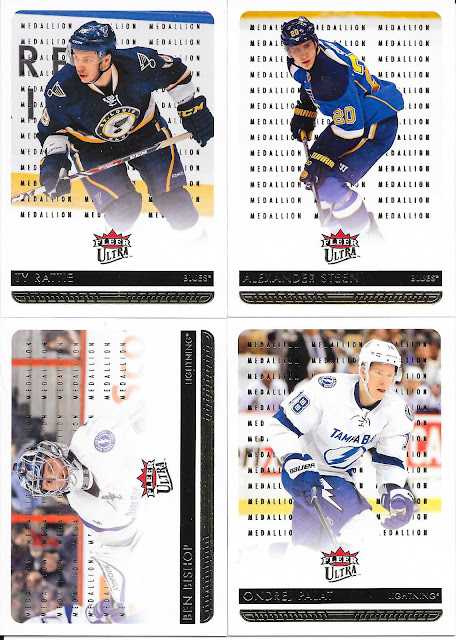 It can be very difficult to tell these are parallels - not like it says MEDALLION in gold in the background or anything....not the prettiest, but atleast it is noticeable. Probably won't miss these kinds of parallels 20 years from now...

A different miss....I missed the Pacific cards of the early 2000s and late 1990s as I wasn't really into collecting at the time, and looking back now it seemed kind of like the precursor to what Upper Deck is to hockey and Topps to baseball now. There were a number of odd (and oddly named) sets each year, multiple ones - not to the same degree as now, but as a start.

The highlight today is from such a set... 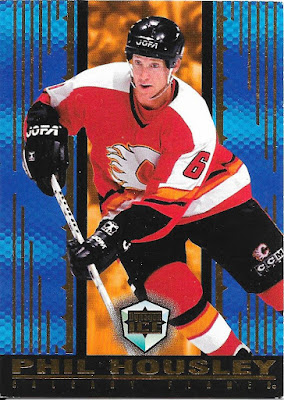 Dynagon Ice...interesting set and design, I'll give it that. Phil I remember as a solid defenseman for Washington, and this was just after his trade back to Calgary. 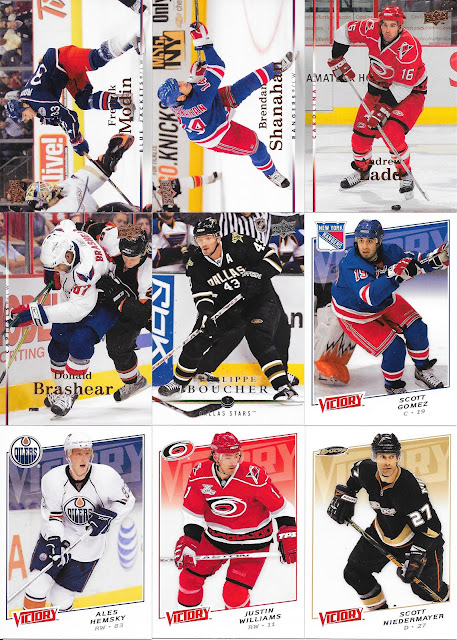 I always like getting the Shanahan cards now given he was a good star on the ice, but has been even more involved after his playing career. He definitely seems the type who will be involved in hockey one way or another for years to come. 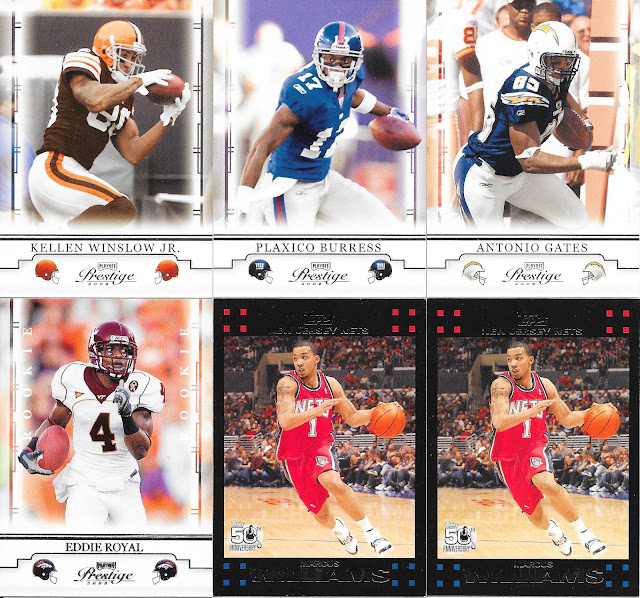 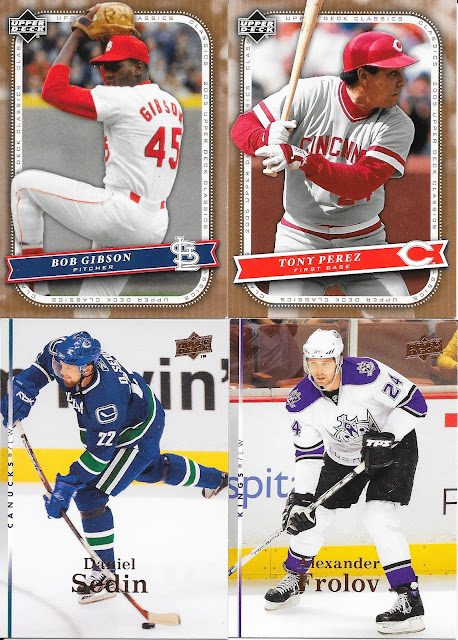 Is it a good sign, getting more 2005 Classics cards, or a bad sign that they are duplicates...not sure on that one yet - but does mean trade bait for others from the set!