Highlights are for keeps - that's it...

To start off - won a few Leaf cards on Listia which I thought I'd share. They are not in the greatest of conditions - so many I'd like to replace with better quality cards, but I didn't have any of them, so better these than none: 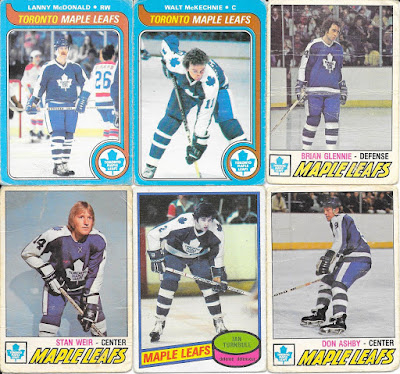 A nice grouping of O Pee Chee cards. Along with these the seller threw in the following: 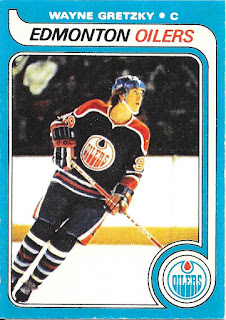 A very crisp reprint of the Wayne Gretzky rookie card. Again, I don't think I want to keep it long term - probably worth getting rid of along side the Bobby Orr reprint rookie, but luckily much better quality card here, and a good reprint job from the look of the card, and feel.

Santa Lot 20 today is highlighted by the fact that the only highlight is the few cards I am keeping...not a great 20, but not every pack can be a winner... 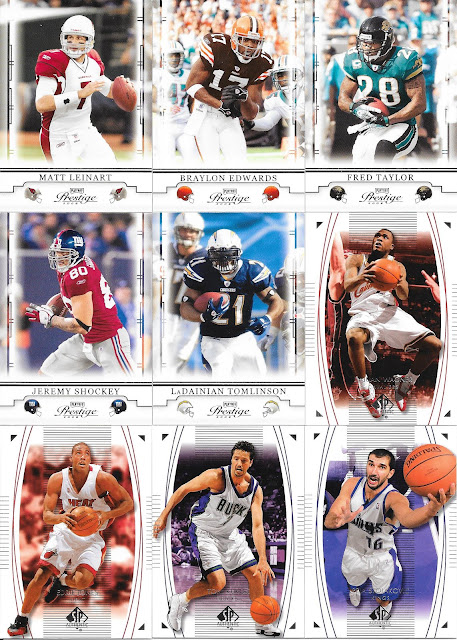 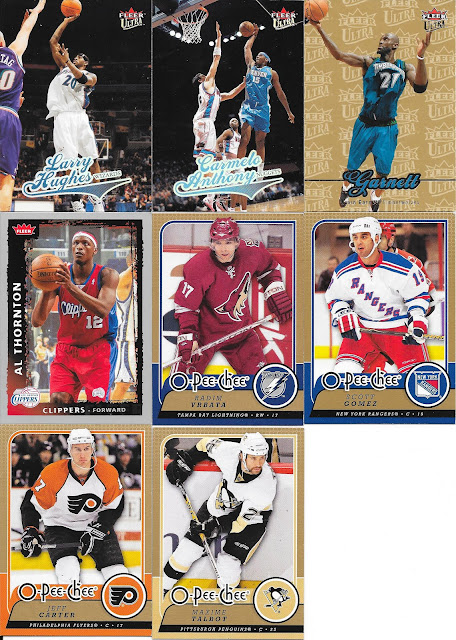 I don't mind the Gold Medallion as a parallel, and Kevin Garnett I remember from way back and the commercials with little Garnett (I can't remember if it was animatronics, or whatever, but Garnett was a big deal back in the day - not along the lines of Jordan, but mainstream enough. Also like when the parallels are the same across the different sports.