So on Listia recently I won a number of baseball card groups (20 cards each, and I think I won 7 of them) so I will share some of those the same way I have been doing the Santa Lot 20 cards. So, for the first one - here we go:

The new card for me is the Toys R Us card in the middle - this was the main reason I picked up this group because of the oddball Blue Jay card. 2nd Borders and 3rd Oliver card. As far as copies of individual cards go - nothing close to the most I have of one card. Somehow - and I don't remember where I got them, I ended up with 30 1991-92 Pro Set Ed Belfour cards...well at least 30 of number 30 makes sone sense... 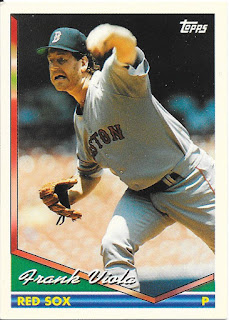 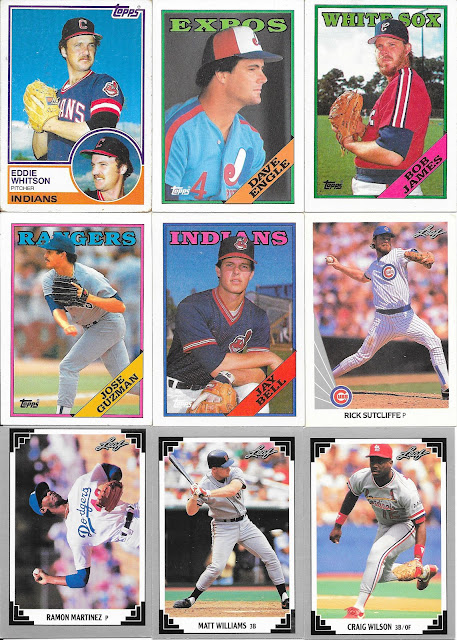 I'll keep these for now - not sure I'll ever have interest in the Leaf sets, but I could see possibly 1988 Topps...maybe the older Topps sets too, but not likely...though maybe 1982 because I did get a fair part of that set at some point. 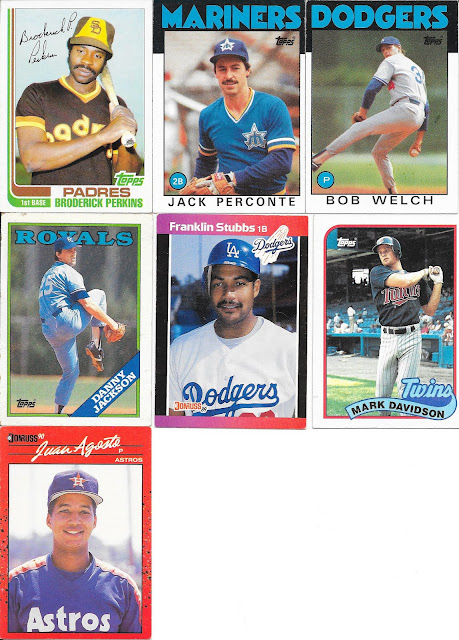 Still appreciate the ugliness of the old Padres uniforms - so ugly you can't hate them...well, some probably can... 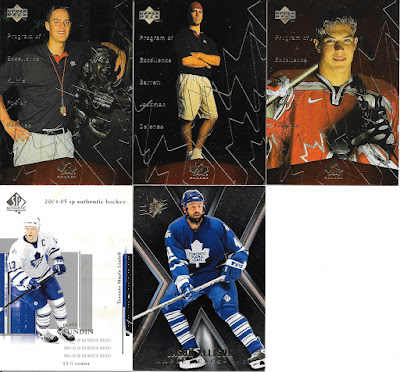 Originally I thought that the Upper Deck cards may have been a separate set or insert, but on review it was part of the base set for Upper Deck. I'm not sure when things really took off, but I think it really was through the 90s that there was more separation and using insert sets rather than expanding the base set. Regardless, these are new to me (yay). As for the Leafs - as much as I prefer the player Mats, I prefer the card Allison - both new for my collection though! 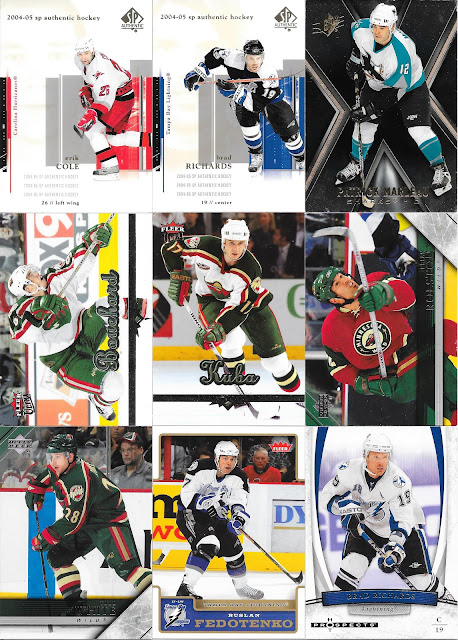 Two Brad Richards cards and 4 Wild players as well...but I will say, I like the look of the Hot Prospect cards with the border looped around, while keeping the bit of background, though out of focus a bit. 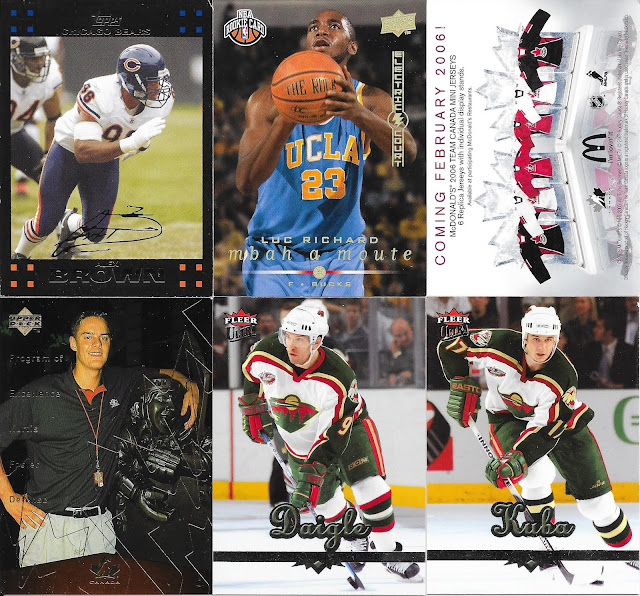 Electric Court - an interesting name for a parallel, and not much of a difference from the base card, other than the naming down the side, but I like the interesting pose by Luc - and man, that's a long name....