A bit of an unusual pack/set. The purpose of the set is documentation of the Summit Series from 1972. For those unaware, Canada and the USSR at the time had a series of games (8) which originally were expected to be a Canadian blowout. The main reason being, the power/abilities of the USSR team were not common knowledge. Nowadays it is fair to say the Russia does have a good hockey history and pool of players, but 1972 was a different time.

USSR shocked many by taking the early games and after 5 games Russia led the series 3-1-1 only to have Canada come back and win the final three games to take the series 4-3-1. The USSR was able to win the respect in the hockey world that they were desiring to, while Canada squeaked out the series win.

Historic in Canadian and USSR hockey history - there are many ways to learn about the series, documentaries, books, memoirs, and apparently here, a card set as well.

So let's see what we end up with here... 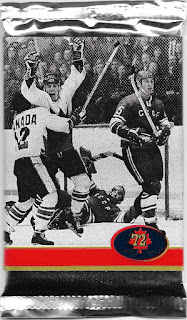 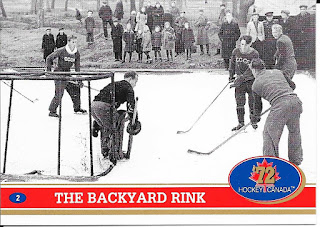 Documenting the outside rink players built in Moscow 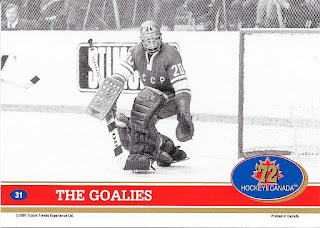 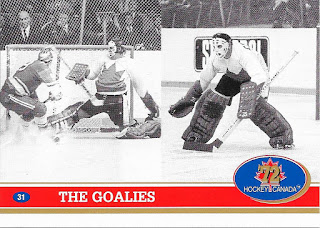 Showing the goalies on front and back of the same card 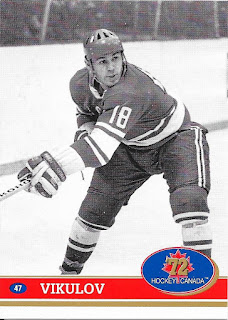 Scored the game winning goal in game one 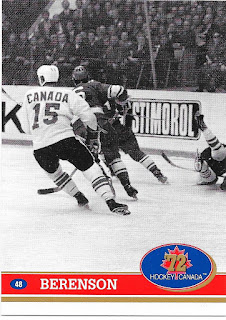 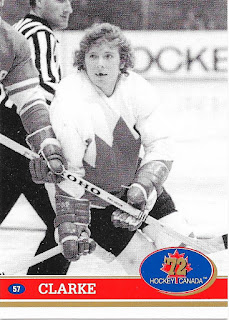 Bobby Clarke who had 6 points in the series including a pair of goals. 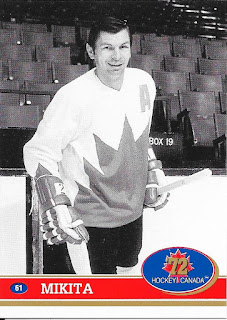 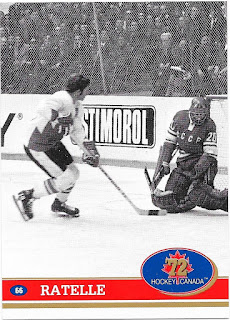 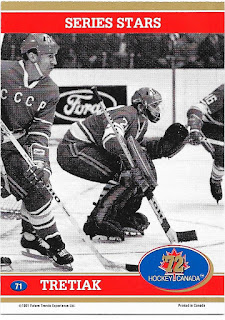 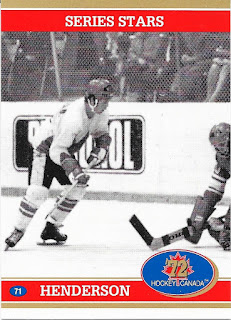 Paul Henderson who scored the series winning goal and immortalized himself in Canadian hockey history, and Tretiak who became a Russian hockey legend for his amazing play in net through the series. 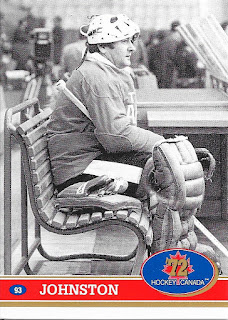 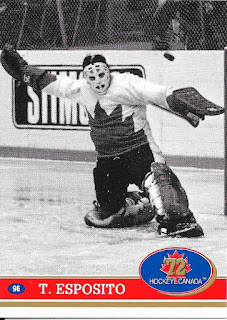 Johnston never got into a game, and Tony Esposito, as he is quoted on the back of the card believes he would have been better if he never took part in the series because he was never the same emotionally.

So a very interesting set of cards, and I would suggest for those who don't really know about it, it's an interesting piece of hockey history to learn about.