Not quite a rookie card and late 80s Leafs

Another nice Listia win came in the other day that I will share with you before getting to the Santa Lot 20 today. 5 Leafs from 1988-89 O Pee Chee. I only needed one of them (Luke Richardson) for the Leaf collection, but could use a duplicate Osborne for the error collection. 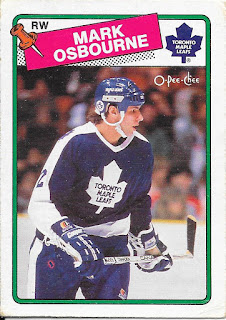 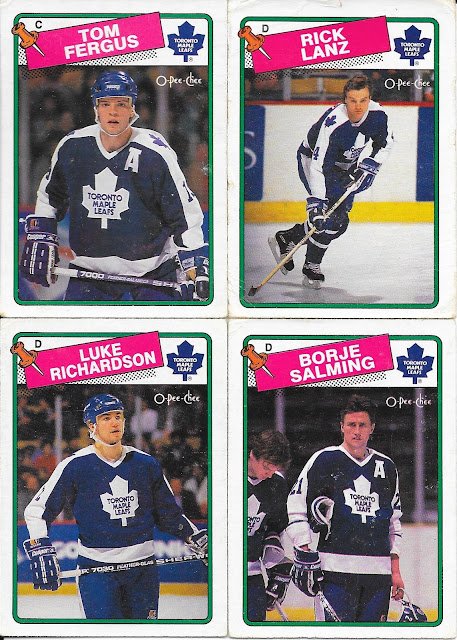 The cards are in fairly good condition, only one with a really tough corner on the back, otherwise decent enough.

I know rookie cards are an area of interest for some collectors. I can understand the appeal, getting the first card of a major star - ideally before they make it "big". However, not every card before they "make it big" is a rookie card... 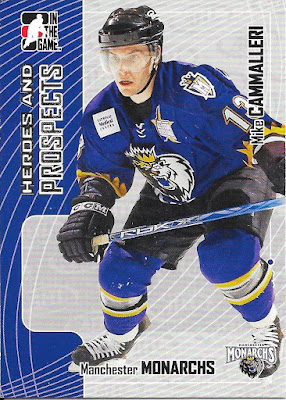 This is right before Mike was called up and became a staple in the NHL - however it was after he had already had a taste of the NHL over a couple seasons (playing 59 games in total). He played three season with LA after this, then a year in Calgary before three in Montreal etc. Personally, I associate him with his Montreal run, though I should probably think more LA given his early career with them.

May not be a rookie card, but an early career card, and right before his solid NHL career really took off. 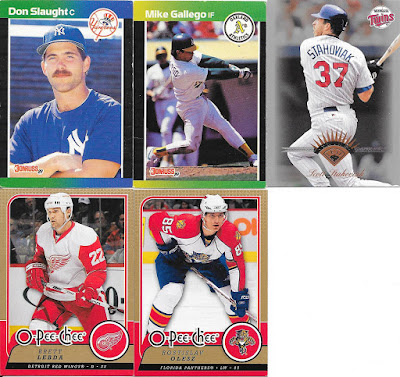 Who wouldn't like the junk wax multicolour border 1989 Donruss cards? I think Topps was jealous of the borders which is why the 1990 Topps set got the colourful borders it did.

Another first set debut from the Santa Lot 20 with the 1997 Leaf baseball card - hadn't seen this set before in hand.... 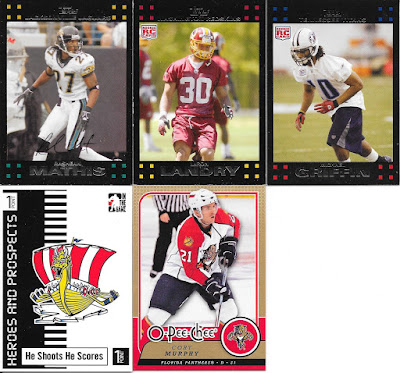 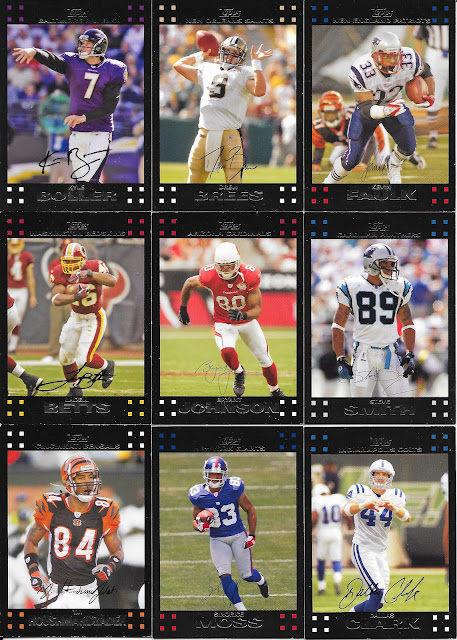 More Topps football - and I think I see another football chunk post upcoming just to blow through another part of the set (hopefully). You can look forward to that (if it is your thing) tomorrow!