Before being a star

Been a while since I dug into the wrestling 15 "base" card packs I picked up from First Row Collectibles at www.firstrow.ca. 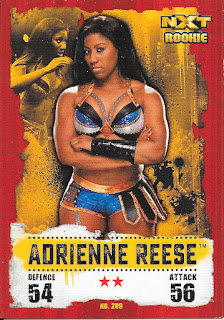 I found this quite interesting. I on and off watched NXT (WWE's minor leagues if you will, the training ground before making the main roster), so I can't say I remember Adrienne, but definitely know her now.

After a bit of time, a name change to Ember Moon in NXT and being called up, now part of the RAW roster, she has made a good name for herself - even if it isn't the one she started out with. 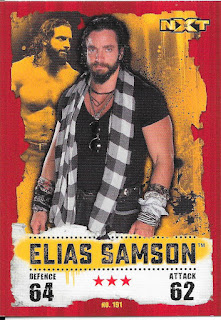 Elias is a bit of a different case. When he made it to the main roster, he underwent a name drop - only going by Elias. I find these name changes interesting, whether it is to change the persona, or vibe of a wrestler. One of the aspects of sports entertainment. 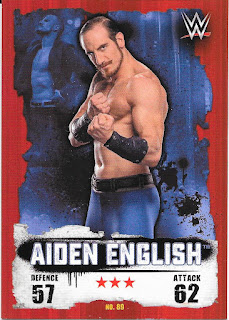 No name change for English, though a bit of a character change, from being a Vaudevillain to now spouting about Rusev Day in his Operatic voice. 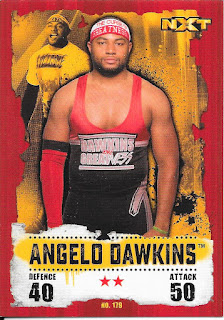 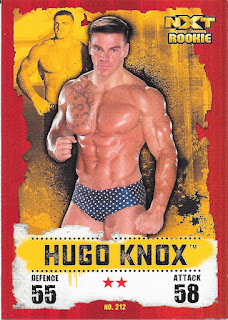 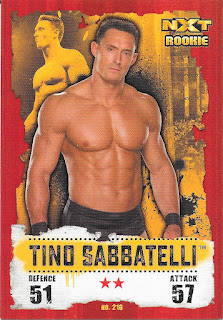 Not all of those in NXT made it to the big time...at least not yet in some cases. 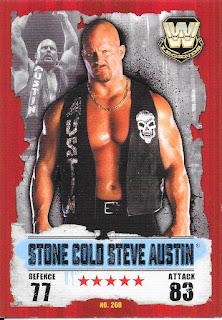 We go from NXT to legends here with one of the biggest names in WWE history in Stone Cold. 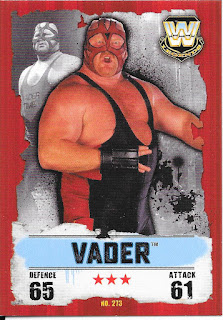 Also Vader who sadly passed away last month. Funny, I was of the age, as much as I thought he was pretty scary in wrestling, I remember him best in his Boy Meets World guest spots. 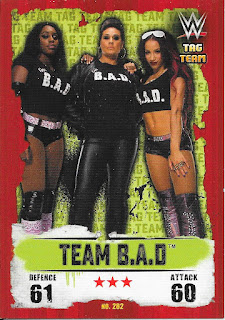 Here is a team that didn't last too long. I think it was for the better as it just wasn't really necessary for Sasha, and was more for a few people that didn't have any direction at the time. 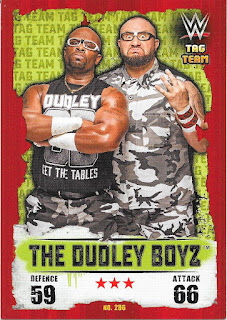 Another legend - enjoyed the Hall of Fame speech that they had in their well deserved induction. 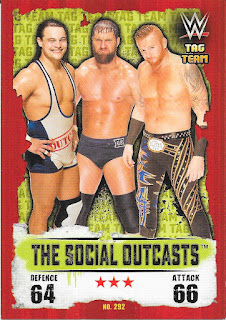 I ended up with two of these in the 15 cards - another group put together because there wasn't anything for them. How Heath has stayed around over the last number of years is amazing - constantly changing, but never really making it past the mid-card. 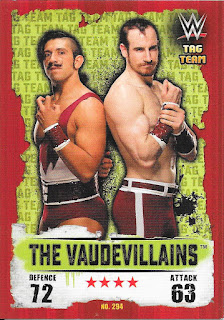 Gotch who is long gone, and Aiden who has done fairly well going solo considering the Vaudevillains didn't seem to be starting off too well on the main roster. 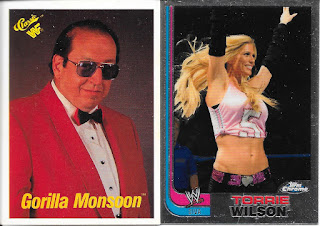 We end with a couple different cards include a Topps Chrome. These are solid in hand, and the Torrie card is pretty nice - wouldn't mind getting a few more from the set.