Never too late for another accomplishment

Before I get to the accomplishment that actually happened, a big update on my goal for the year of trading away 5,000 cards. I have a box going out today with just over 800 cards which brings the total cards traded up to 4,436, a 600 count box shy of reaching the goal. With plenty of time left, I think I should reach the goal before the end of the summer, and might get as high as 7,000 by the end of the year depending on how the fall goes.

This was going to be the highlight, but given there was nothing for me to keep, it was no competition at all.

So, I only needed one of these copies to get the complete base set, but instead got these three instead. Awesome knocking off a complete set again as it has been a while from the Santa Lot. Now the question is - does anyone want this 135 card complete set (including the  checklist cards as well) as I would be more than happy to trade it away. 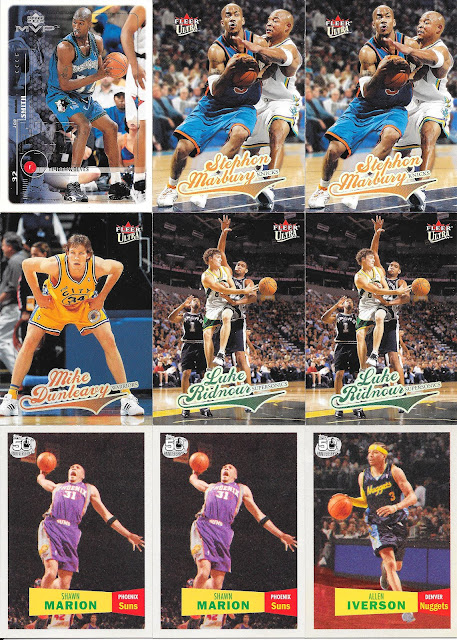 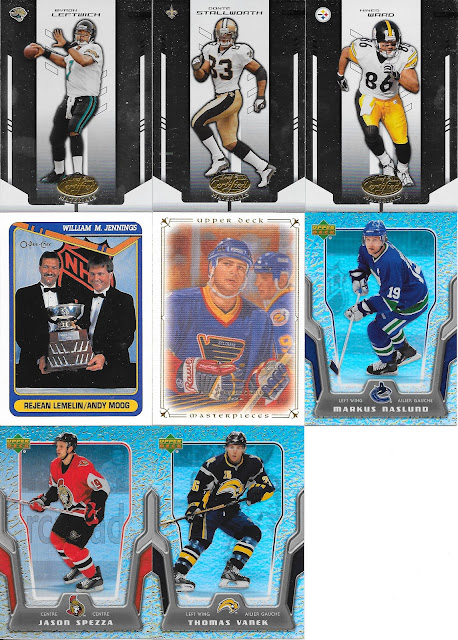 The 2007-08 Topps variation cards would have otherwise highlighted today as both the cards were needed for the insert set.

Was disappointed I didn't need the 2008-09 Masterpieces Hawerchuk card, but so be it - same with the McDs.