I like when the Santa Lot 20 cards I am looking at for the day end up being or containing what would be a pack of cards - assuming it is baseball or hockey. Still, nice getting a run of cards, even if it is football or basketball I guess. 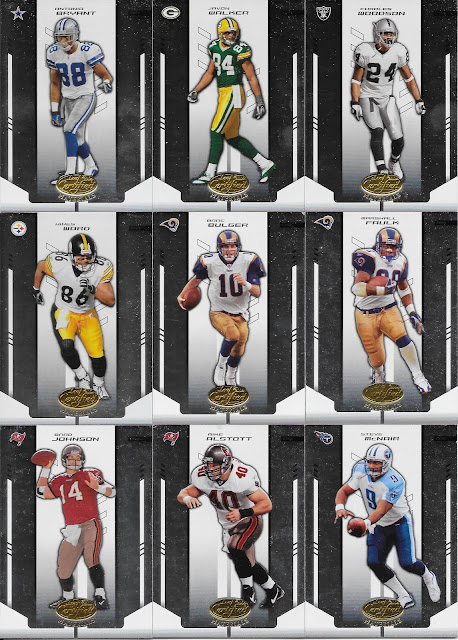 Truth be told, this run is almost two packs, as from what I read there were 5 cards per pack, however I have not had any of the nice parallels or inserts from the set, and these are all base as well. Still, it is a solid product, not low end, but middle of the pack I believe (though anyone football, correct me if I am wrong). 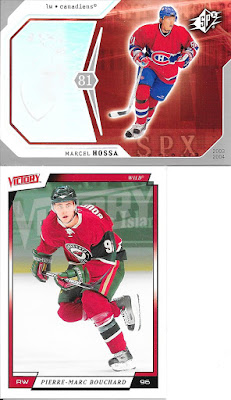 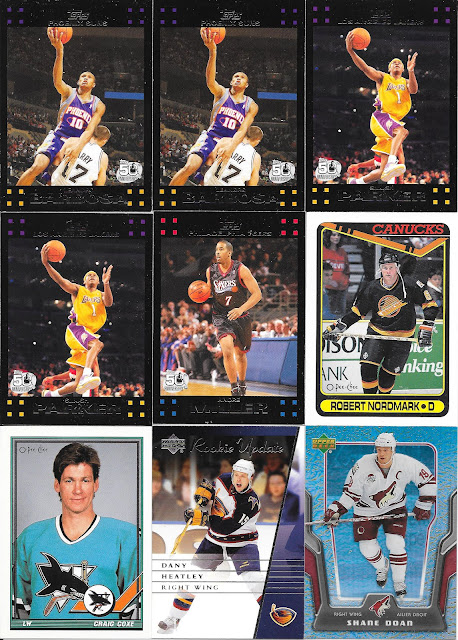 Dany Heatley - can't believe it has been about 15 years since the car accident where he was driving and speeding, crashed, and injuries to the point that the teammate who was in the car with him died a few days later. Dany avoided jail time - but paid fines and did community service time. Life has many bumps and that was a big one during the midst the early career of Dany who won the Calder Trophy in 2001-02.