Any time I can talk about my favourite Montreal game

Today's pack brings us two cards which I am going to make the easy connection on... 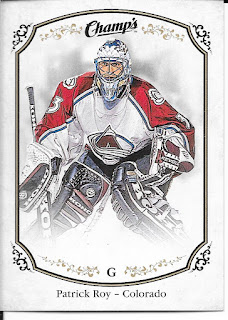 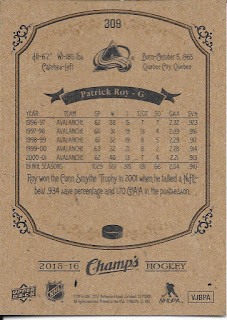 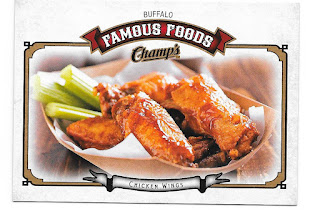 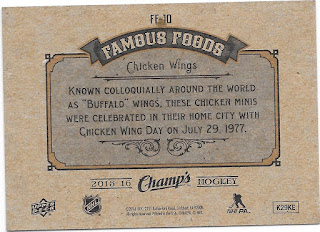 On December 2, 1995, Patrick Roy played hi final game as a Montreal Canadian having been cooked up by the Red Wings. Roy was hung out to dry allowing 9 goals in 26 shots over the course of about half the game before being pulled. As he left the game, he had a few choice words for management on the way out, and that was it - he never played again for Montreal being traded to Colorado shortly thereafter (four days to be exact). The trade was a pretty one sided one as well, seen as getting Roy out of Montreal and not getting necessarily a fair return.

As a Toronto fan - I remember loving this and grilling a couple Montreal fans in our high school about it...good times.

The rest of the pack were the base needs as follows... 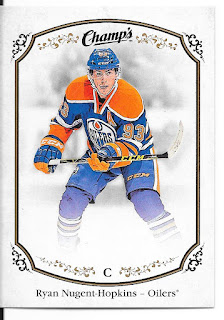 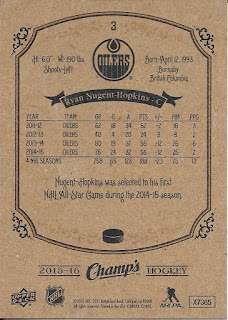 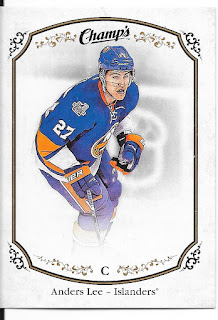 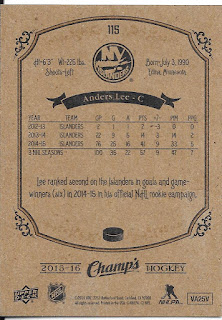 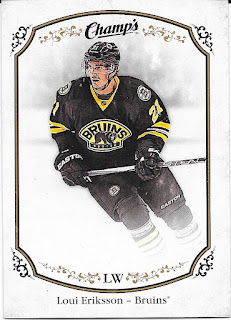 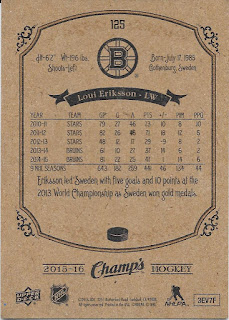 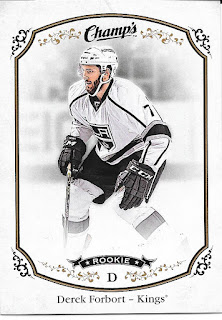 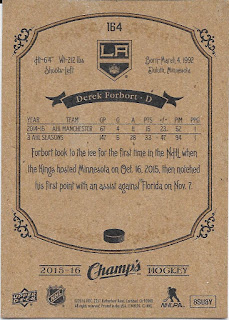 Nice to get the RNH to go with the Taylor Hall from the other day.