Never thought it would happen

I have always been a WWF/WWE guy. I didn't get into WVW much until the mid 90s, and even then, I always considered it second fiddle (even when it was on top - that's my WWE/WWF bias). That said, I always appreciated that Sting was WCW through and through, a company man.

Then it happened, he signed, and even though it was late in his career, it was good to see him get a short run in WWE before he had to retire. Also glad he got a Wrestlemania moment, even though it should have gone much better for him than it did. 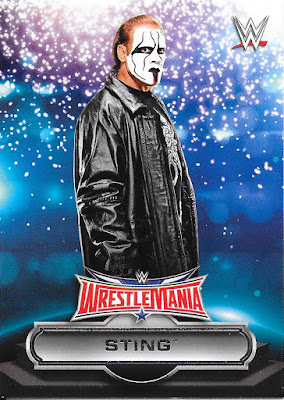 Happy to get this card to remember his short WWE run though. 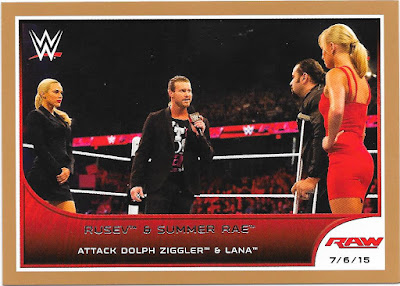 Really wish they didn't run the angle with Summer Rae and Rusev, especially around when Lana and Rusev were together in real life which leaked and ruined the angle.

Also unfortunate is that the trend continues with today's pack of base dupes... 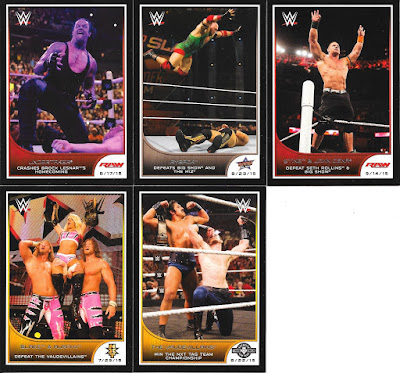