A Heaping Pile of McD

So, a bunch of the cards I picked up from Jeff were McD hockey cards. These span a number of years as I generally like all of the McD sets, so it was nice to have a chance to essentially "shop" for some cards from these sets to get them slowly, or not so slowly, moved along. 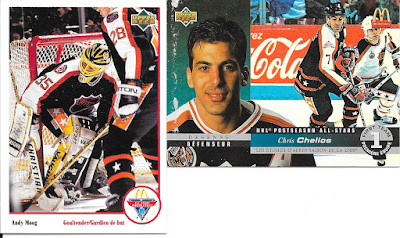 A couple early 90s sets pick ups, these were one offs, both sets being ones I do not have too much of. It was more pick up for the chance to pick a couple up. They weren't my focus...yet. 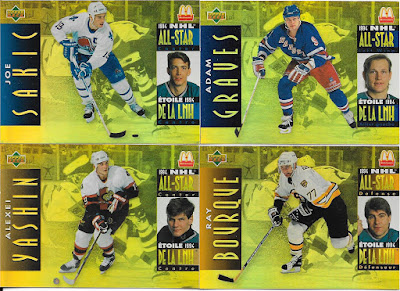 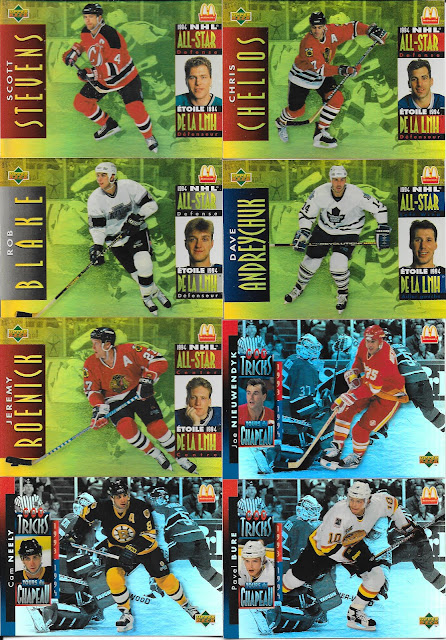 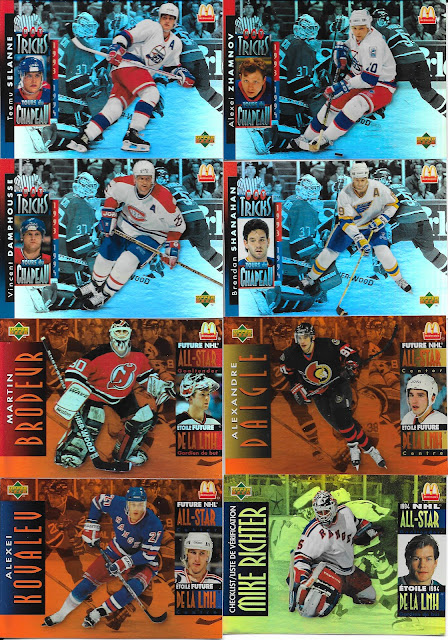 1994-95 Upper Deck McD cards - these I remember vividly as a kid. I will say, over time, these cards curved like nobody's business. The few I have, and all of these I just got, all have the same curving going on. These get me over half way done on the 40 card set. 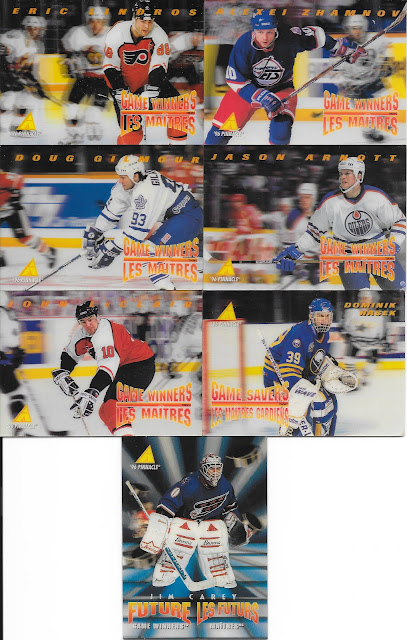 I now have about a quarter of the 1995-96 Pinnacle Game Winners set. More importantly at the moment, another Dougie card - but a good start to this set. 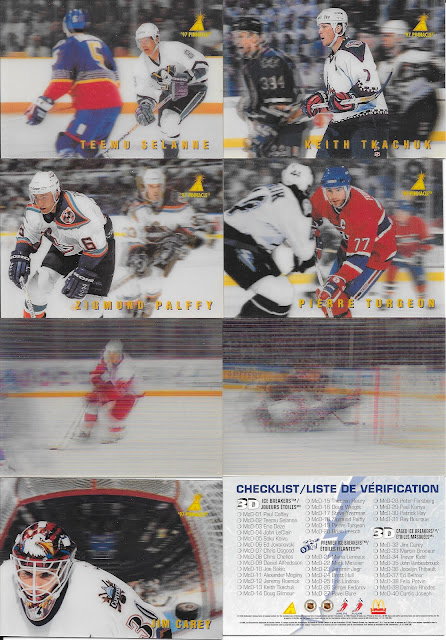 This is the next year when Pinnacle had the 3D Ice Breakers. The 3D effects were neat at the time, the cards are decently thick, but obviously not the greatest for scanning. 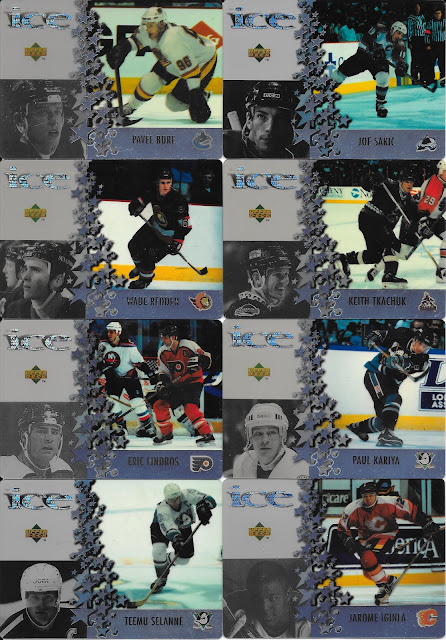 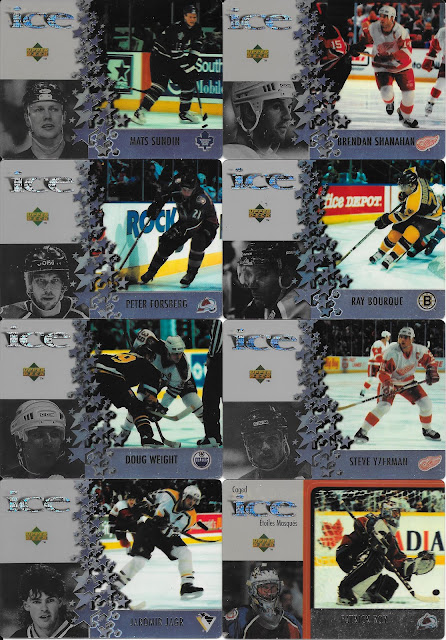 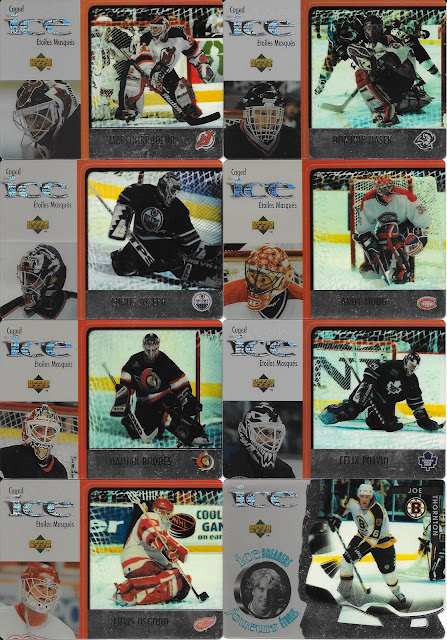 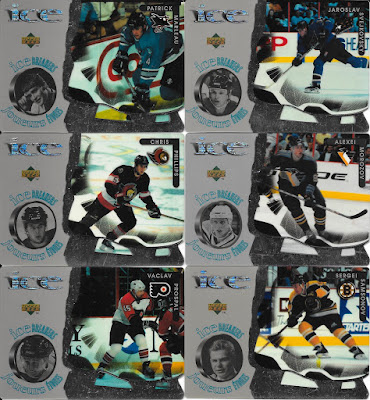 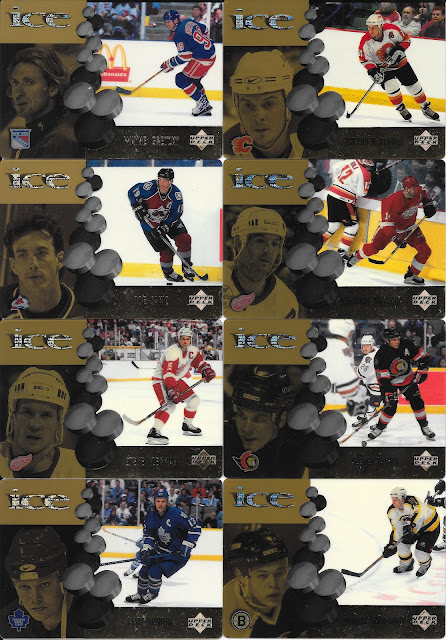 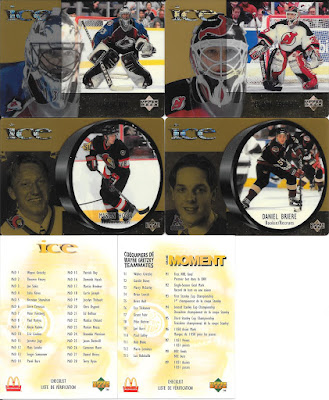 1998-99 Ice. I really like the acetate card see-through look of these. They are so unique, heavy in hand and sleek in design. Only flaw I have with them is that they are so dark, but it just goes with the design so I can't complain too much. Both these are now about 60-70% done and on my radar. 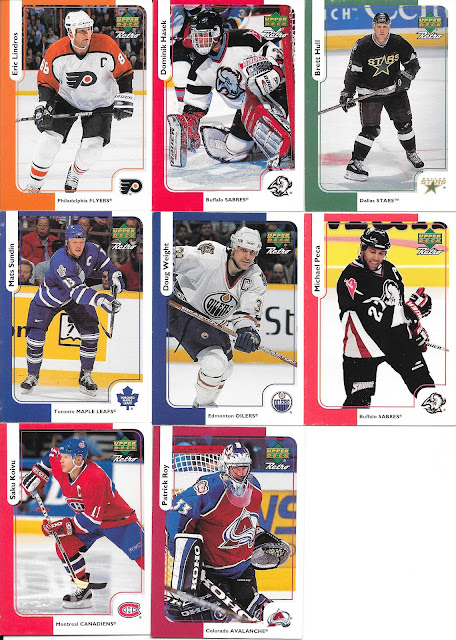 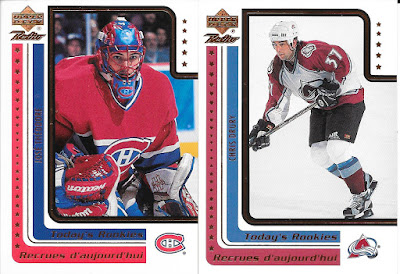 The next year's set is now down to 3 cards missing on the much smaller base set of only 20 cards. There are retro parallel cards which I have some of, but it isn't there yet to bother trying to finish up. 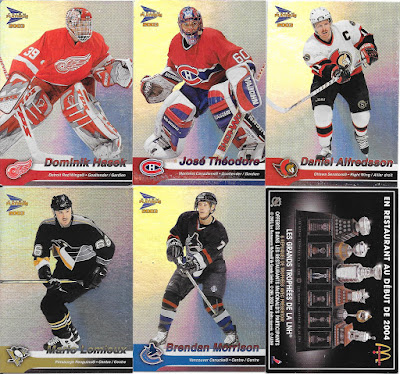 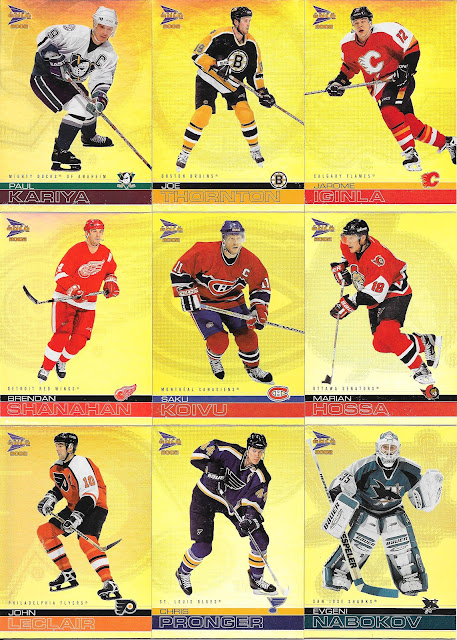 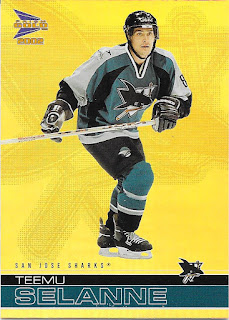 We then finish with some Pacific McD cards for sets I am just really starting on.

Okay - I am hungry now after all these McD cards...but a big thanks to Jeff for the awesome trade. I am sure we will have more in the future, though maybe not quite this size...
Posted by CrazieJoe at 8:00 AM