Before the hockey cards - just a quick comment on Aaron Sanchez getting to be part of a team no hitter in the first game since leaving Toronto...not a bad way to start. Aaron is a decent pitcher and his horrid win loss record so far this year and high ERA are unusual given his career before 2019, so nice for him to get a good outing, even if it was post-Jays.

Some times, it doesn't take too long for a star to become a franchise player, or synonymous with a team. Definitely the case with Jack. 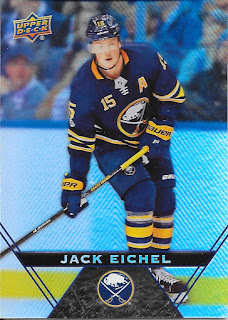 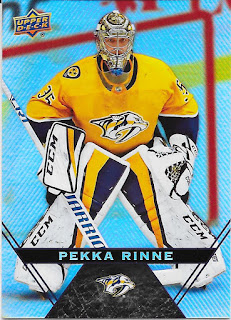 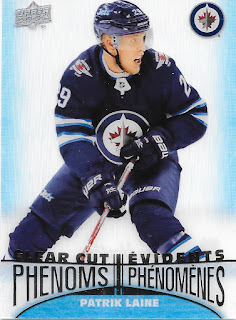 Eichel basically at drafting, became the star and someone the team would be centered around. Players like Crosby and Ovechkin also come to mind, and even Laine as shown on the Phenoms insert.

Obviously in Toronto, we have Auston. 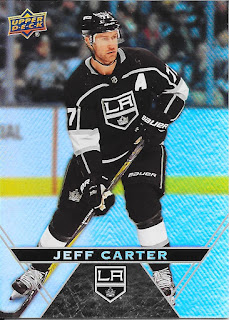 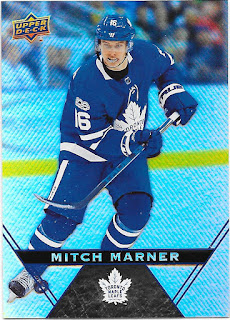 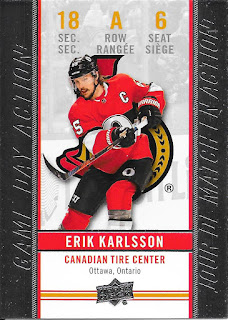 Finally a second Leaf base card with Marner. Marner has done a great job breaking out as an all-star over the last year or so - even if he may not have been named to the all-star team last year.

We also finally get a Game Day Action insert. I am not a big fan of the "ticket" design which has been used a few times over the years, but I will at least say it stands out as being different. Too bad he needed to leave Ottawa - another player, like Eichel that was synonymous with the team. It doesn't always work out though, that they stay with that team forever...just ask Gretzky...and if it happened with him, could be anyone.