I AM Back and Timmie All Star

I don't like really posting trips ahead of time anywhere -yes, I am a bit paranoid - but I am back as of yesterday from the trip I took through Rochester and Buffalo. Such a trip of course has to including picking up some stuff from Dave & Adam's, including my online order from the July 4 weekend sale, and a few other things around at your typical jaunts of Target, Walmart, etc (though those were kept pretty minimal).

So - good news - here below is an early preview. Really though, this will be my 2020 stash as I still have a bunch of stuff to go through for the rest of this year, and besides, I don't think we will be making the trip next year, so it'll have to last me. 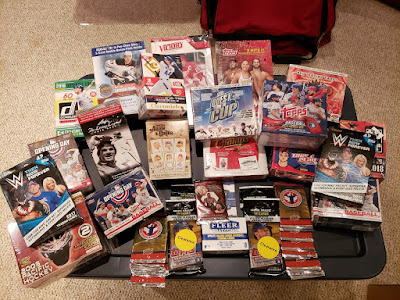 From what is there - I am most looking forward to the 2019 WWE RAW box, and least being the Triple Play which I picked up just to be done with the darn set and because it was cheap (though they should be paying people to take the stuff).

That shared, back to the regularly schedules programming... 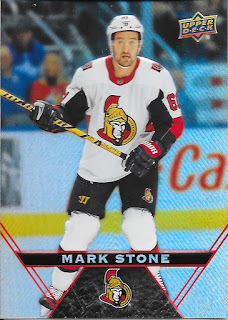 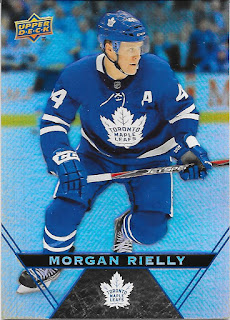 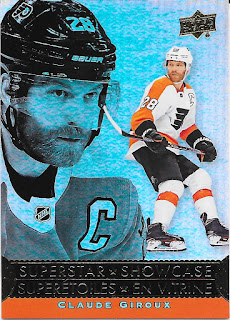 For anyone who has opened these packs, I just wanted to mention, the bend to these cards is interesting. I am finding instead of the bend so that the top and bottom of the card touch the desk, and the middle is arched up in the air, these go with the middle touching, and the left and right sides being up in the air. I am sure it has to do with how they are printed and cut, but interesting to notice.

With this pack - great to get a second Morgan base card, and the one in six packs Superstar Showcase insert of Giroux. 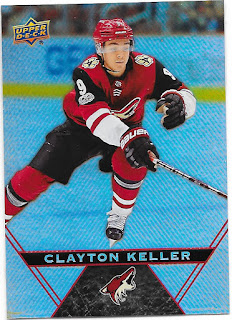 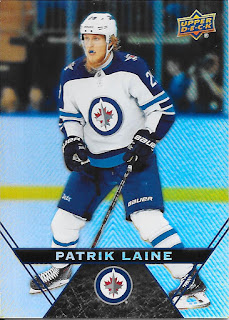 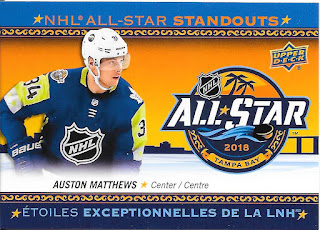 Second pack of the day brings up my second Auston All Star insert card. I was lucky enough to have one already by way of trade from one of the awesome trade partners at TCDB. Sure the back is just a checklist for some inserts, and the design isn't my favourite colours and set up on the front, but hey, it's Auston!