Before 401games moves on up Yonge Street to make it a lot less easy to get to at lunch = I would have to use the subway now - I picked up a couple missing, newer set, unopened packs, and some newer singles as well, for the collection. 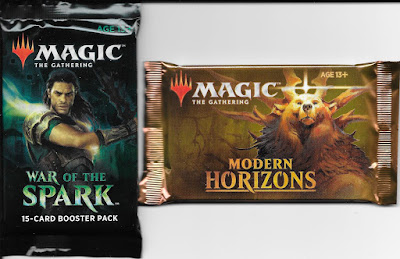 Modern Horizons is another higher priced set - booster is about $9 CDN instead of $4.50 like War of the Spark. As usual, both have multiple different cover art, but I don't want to go crazy collecting them all, one of each will do. 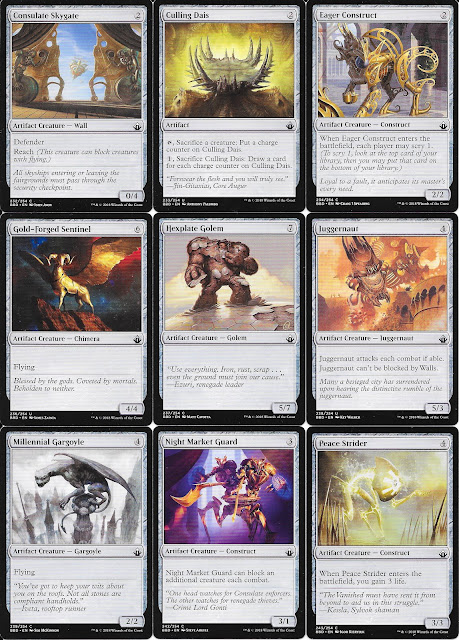 Some Battlebond cards. Wow - they are still reprinting Juggernaut! I took a look, because I remember it most from Revised released in 1994 - and it has been printed in 14 different sets! Wow. 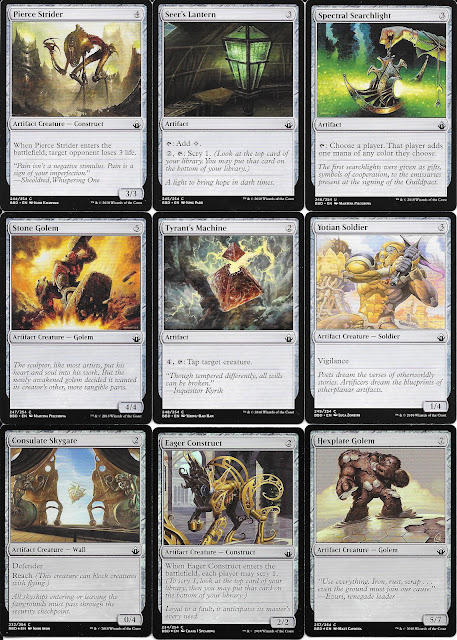 Speaking off reprints - a Yoshi! Yotian Soldier...printed in...5 different sets only, but again, I recall him from 4th Edition which was out in 1995. So much time, but some cards seem to have stuck around. 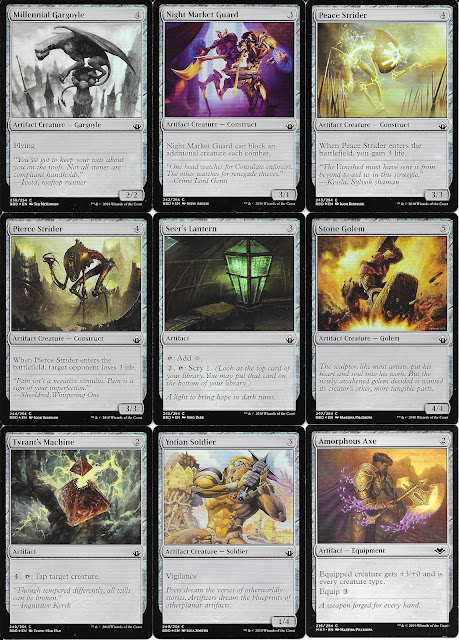 Hard to tell, but what may appear as dupes are actually foil versions of the cards as I picked up some of those versions as well.

One thing which is quite easy, and done well, are similar card such as the Peace and Pierce Striders - very similar in cost and attack/defence, while having an ability which differs but ties to the name. 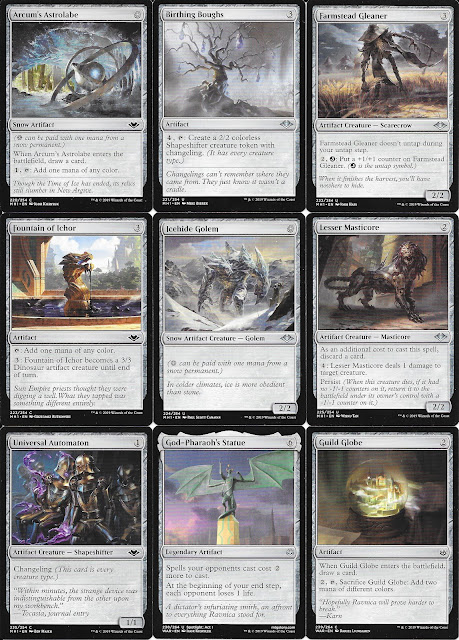 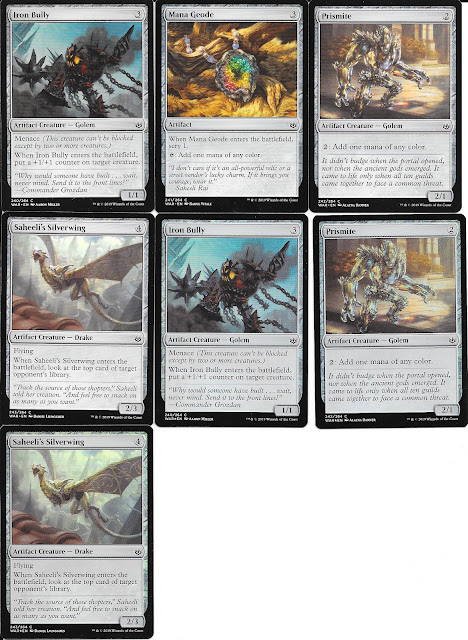 Prismite is a decent card for mana generation.

Some decent adds for about $18 all in I believe...too bad I won't be by the place nearly as much as I have been in the past. At least I should be able to pop up during lunch a couple times a year still.
Posted by CrazieJoe at 8:00 AM