As we continue through some more 1999-2000 Be A Player Memorabilia cards, let's talk a little quality control. 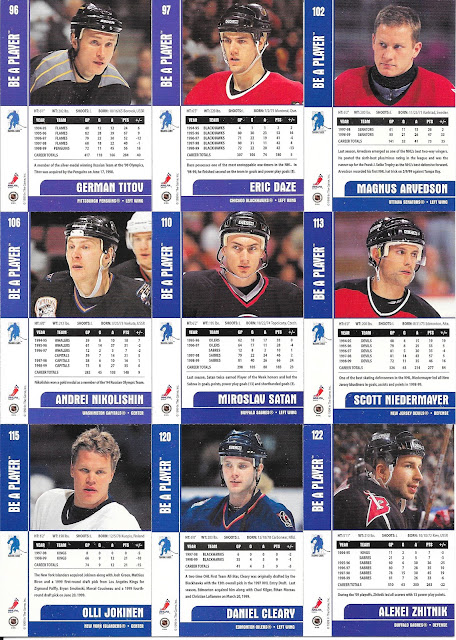 If you have any issue in seeing different colours in the blue/purple spectrum, this may be near impossible to see, but there are different colourings on some of these cards. 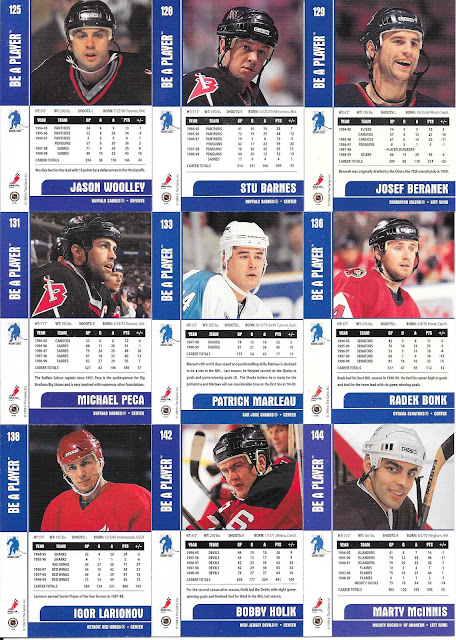 It's not as purposeful as different card stock, but simply seems to be the amount of inking done on the cards and slight variations on the type of blue being used, so I suspect it may be different based on which factory the cards were printed in. 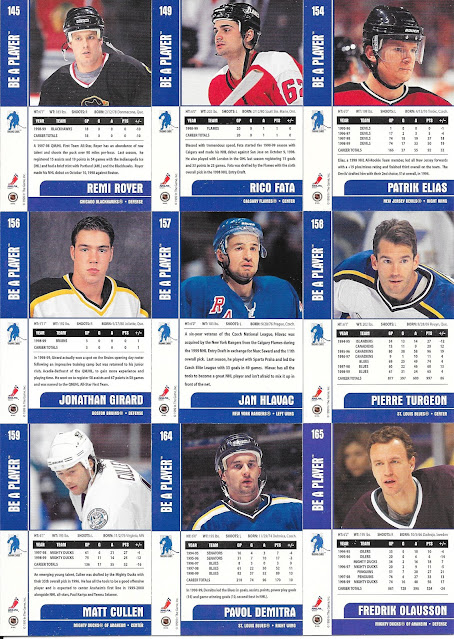 A shame the stats are only 5 years with career totals at most, but that is standard to many sets unfortunately. 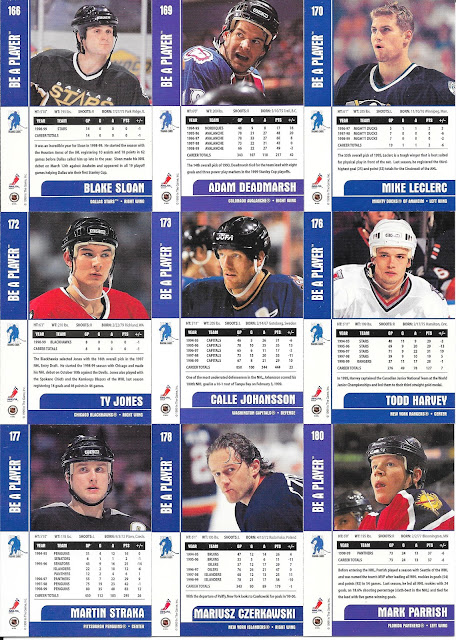 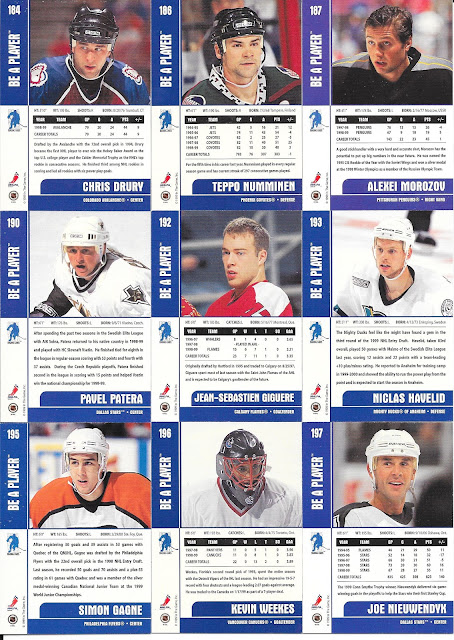 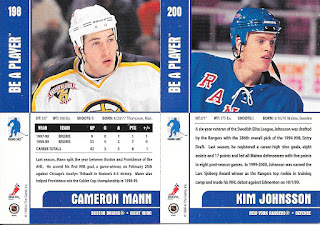 Not unusual for the rookies or those without NHL experience to just have the short write up either. At least there were a few Leafs in this bunch...

Mair did crack the Toronto lineup as described on his card, though was in Toronto for only 24 games over two partial seasons, though found success in Buffalo and in all was in the NHL almost 500 games. 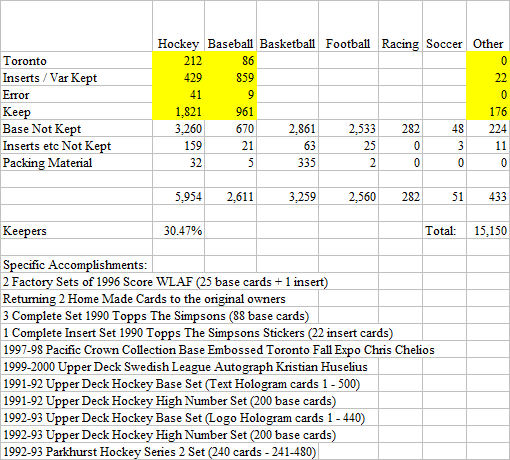