Continuing with 2006-07 O Pee Chee, we get into the D, E, F teams which is basically Detroit, Edmonton and Florida. 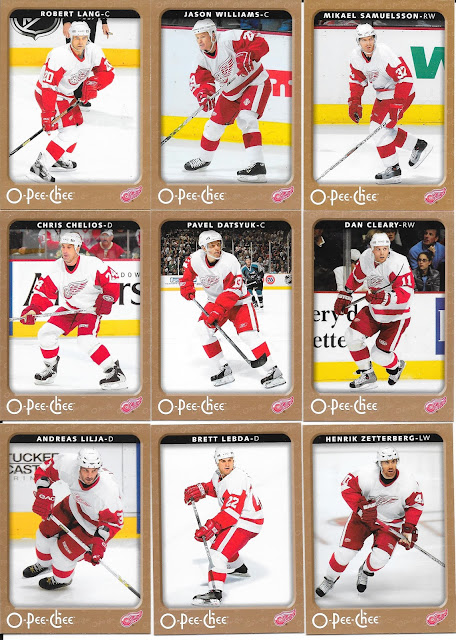 Detroit was such a strong team for what seemed like  forever. Looking back, it pretty much was my forever. I mean since the early 90s, they made the playoffs every year until 2016-17 and through that span won 4 Cups and lost two finals.
They had a number of Hall of Famers through those years, and were a tough team almost all of those years. 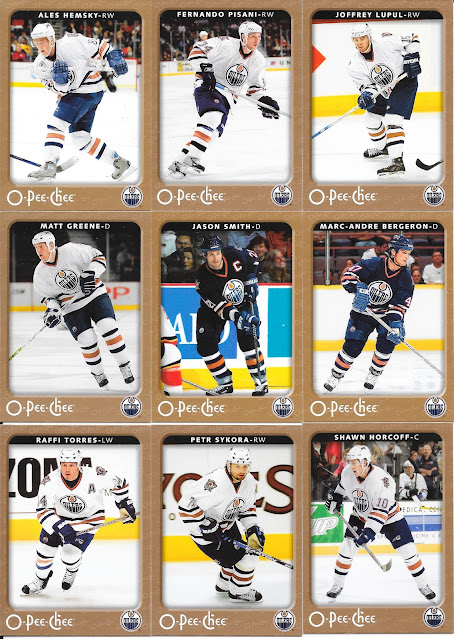 Edmonton on the other hand made the Stanley Cup finals in 2005-06 and then didn't make the playoffs again for just over a decade. 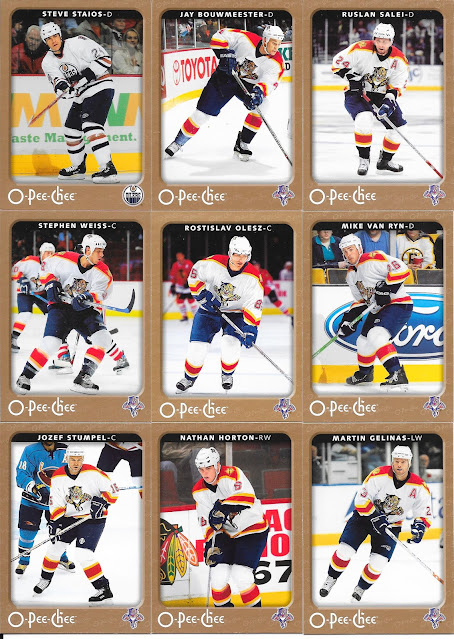 Florida is more the way of the Oilers and haven't seen too much play off success. I remember them vividly the first few years of expansion in the 90s, and their run to the Stanley Cup final in 1995-96 was magical for an expansion team. Similar to the recent Vegas Golden Knights run. 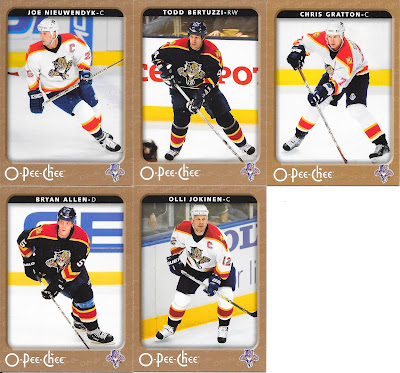 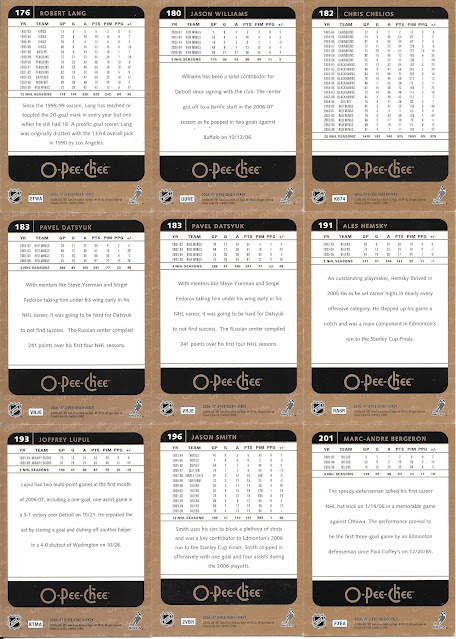 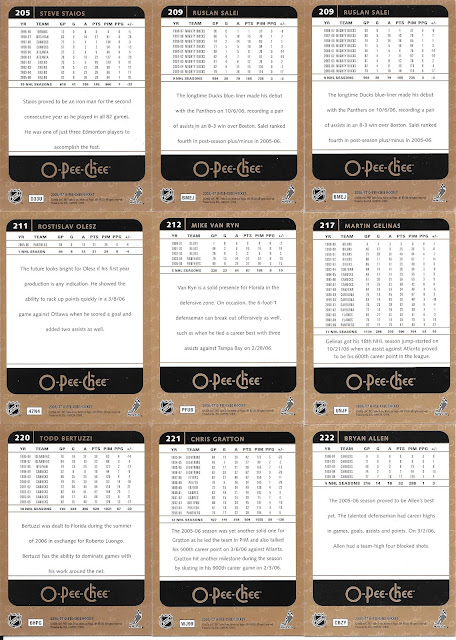 I don't think this set will grow on me much, but the more I see, the more I am fine with this "I don't really think of O Pee Chee with the design, design". 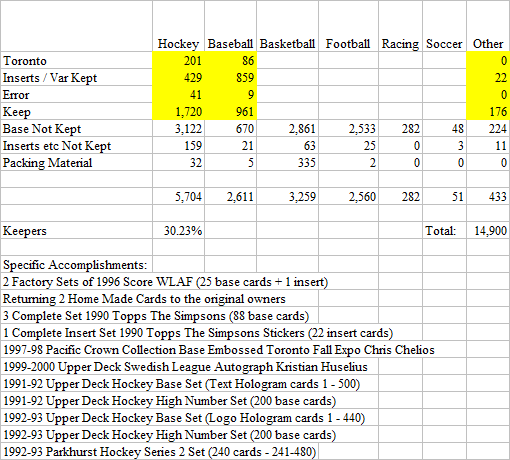