Today, time for a little break from the 20 in 20 Lot of cards. I mentioned a while ago, putting in an order with Presstine. It's something that I first heard about from Doug at Sportscards From The Dollar Store but hadn't tried myself until I noticed the Magic Card backs on sale. Usually the online prices are more expensive than buying in store at Dollarama, so I wouldn't consider it, but with these on sale, they were pennies cheaper, and given all of the lockdown / stay at homeness of the last year or so, I figure it was the safer way to get these, and a few other baseball and hockey related items.

Since I have a good dozen and a half of these to go through whenever I want, and as my son is getting interested in the cards too - I best at least crack one open as I hunt for some artifact cards.. 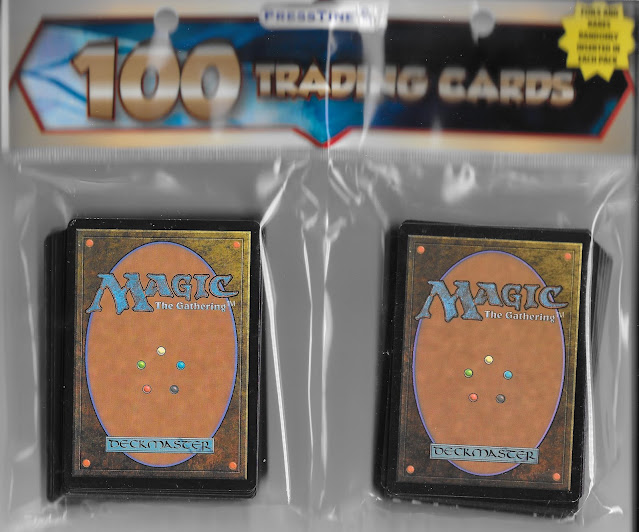 Packaging is only slightly different as these don't have the Dollarama pricing on the top, so I guess they print separately for Dollarama. I wonder if contents then are any different. 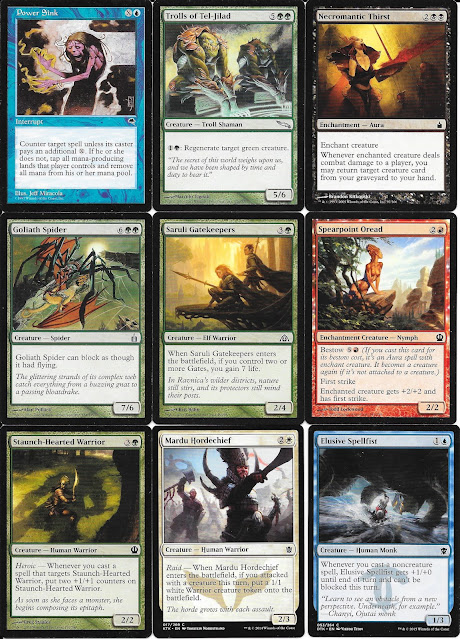 Of course, this is only the one half - second half tomorrow, but oldest card is from 1997 and the Tempest set - not bad, though I always hope for maybe something with a white border when I go through these.
As usual, some solid art with the Spearpoint Oread, some big baddiness with the Goliath Spider, and solid flavour text with the Staunch-Hearted Warrior. 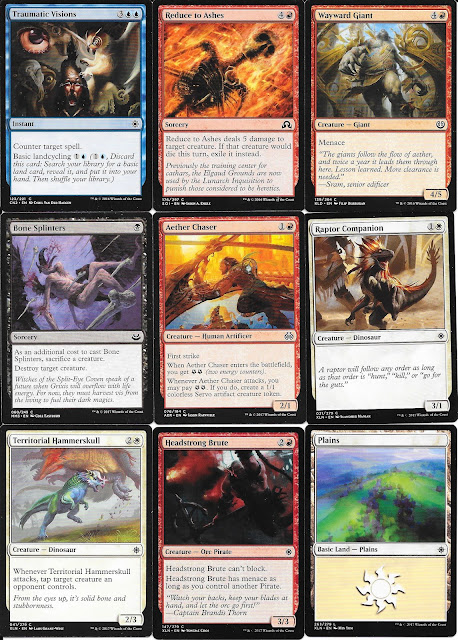 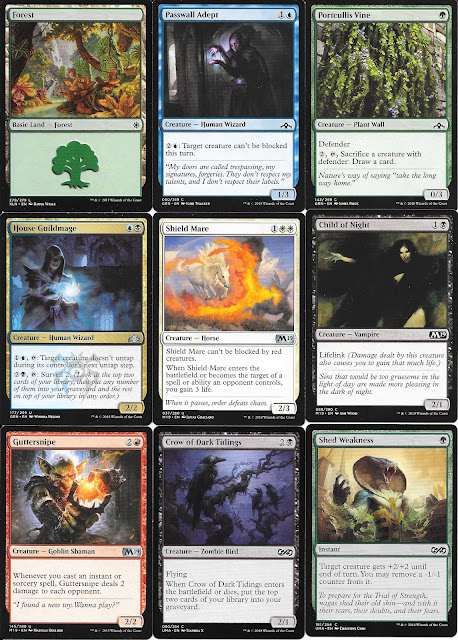 Not a surprise many of the cards are from the last couple years, but I'm happy with a 2014-2020 range for the bulk as I may have artifact cards, but won't likely have 4 of each already as a playing set, so should still have a lot of keepers. 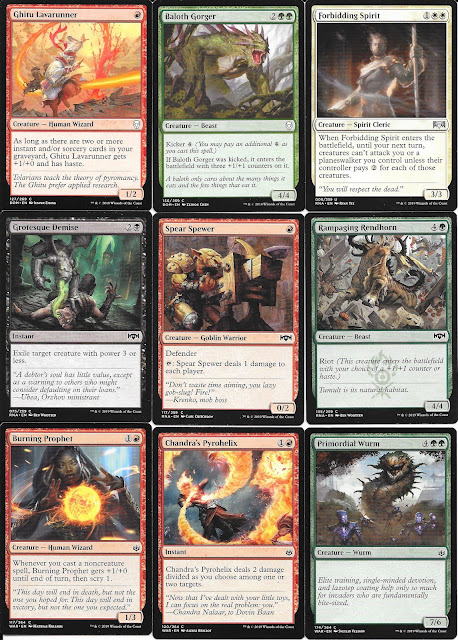 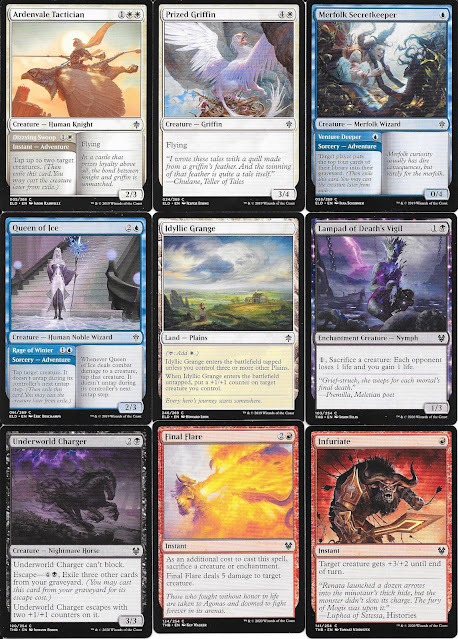 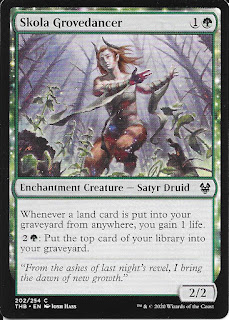 As I say, cool we even get into 2020 cards since the year isn't that far behind us. Oh and artifact cards... 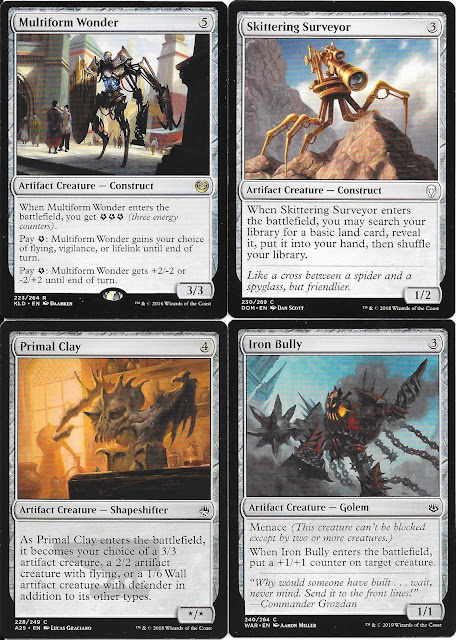 I would have no problem with 4 artifact cards for each half package. All 4 of these are keepers with the Primal Clay being my favourite.  I have the card from different sets (like 1994's Revised set), but cool to get a new card, new artwork and my first artifact from the 25th Anniversary Modern Masters set.

Overall for the half we have one rare, six uncommons and 43 common cards - a solid breakdown. Of course the value is pennies per card and noting too special - The Multiform Wonder I could get at 401games for $0.50, for example.

Second half is up tomorrow!