So finally getting around to opening a box I got from 401games a few months ago. I know, I have older things to open, but I wanted to get to this as I want to use the 930 count box it came in. Crazy how supplies prices have been just steadily increasing the last couple years.

So, this Player's Bundle is a Magic The Gathering card box put together by 401games. So, everything I talk about here, was for a total of $16.95 CDN plus sales tax. Heck, the box itself is a couple bucks, let alone the cards that come in it. The box is promised to include:

Well, myself, I am really only interested in artifact cards, but I will also give a bunch of the cards to my son as he is showing interest in it still, and does have a couple decks we play with.

As it turns out, the box was full - all the promised items but included a total of 1,211 cards all in. So, basically less than 1.5 cents per card, so let's go through some highlights (for me), but I am not going through everything. 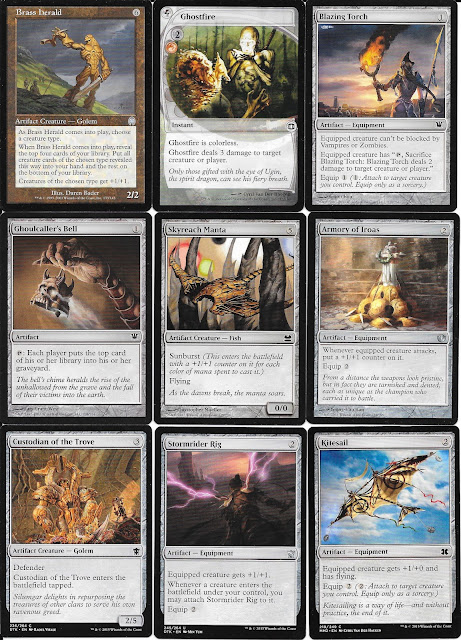 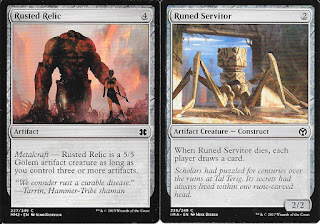 This first bunch are all the "new to my collection" artifacts - all 11. Honestly, more than I thought given they were only really going to be common and uncommon cards, still a pleasant surprise, and not the only keepers. Since I keep four copies of each, there are other keepers... 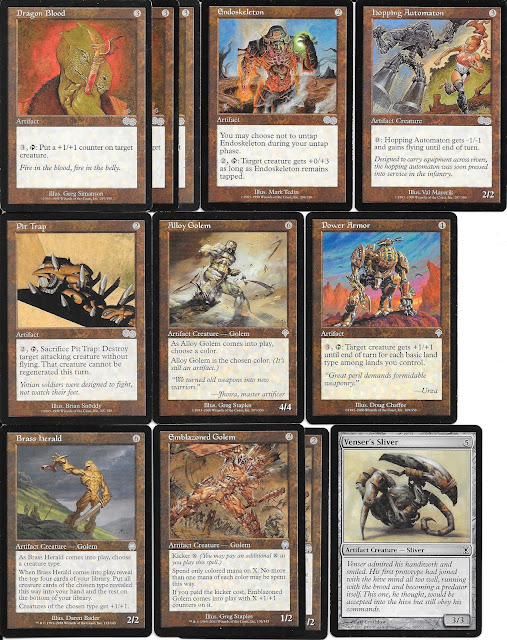 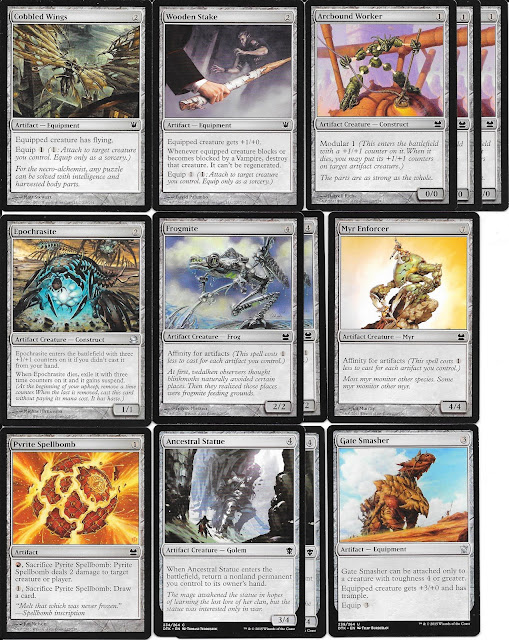 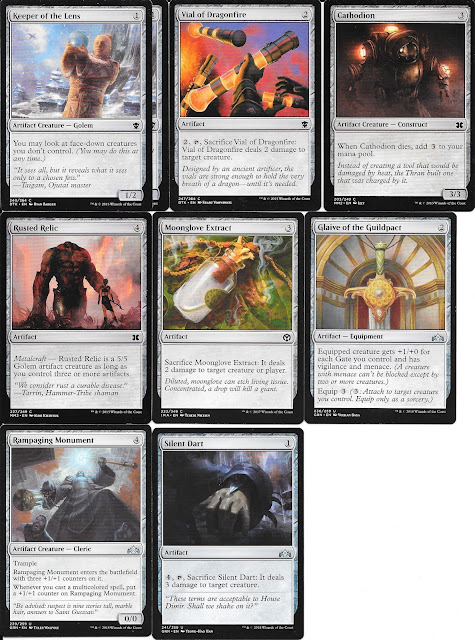 As you can see, some decent time frame and cards going back into the 90s which is awesome and much appreciated. Unfortunately, there were some artifacts I already have 4 copies of, so these may well go to my son.... 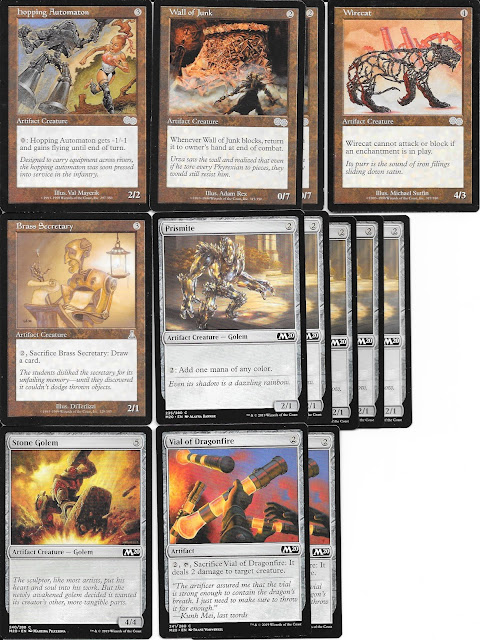 Might as well show the promised rare, mythic and planeswalker cards too.... 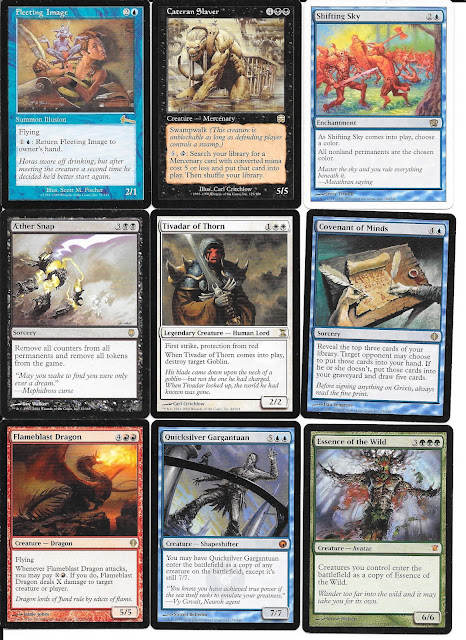 Again, great to get cards back into the 90s. Sure, they may not be the most expensive of cards, but better than I'd expect honestly. 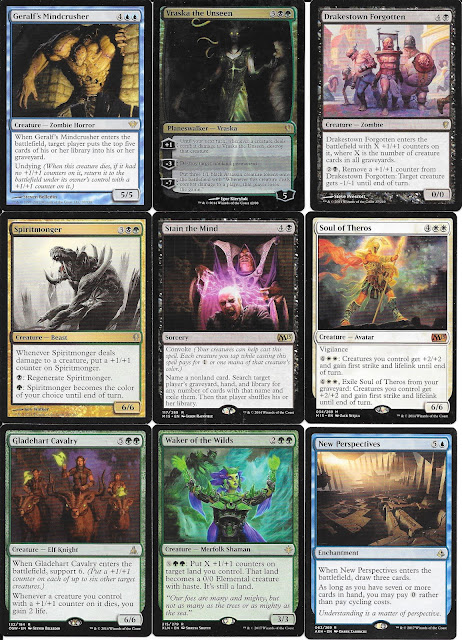 Here we get the Planeswalker which, having looked it up, sells for a few bucks by itself, so yeah, this box is a winner. 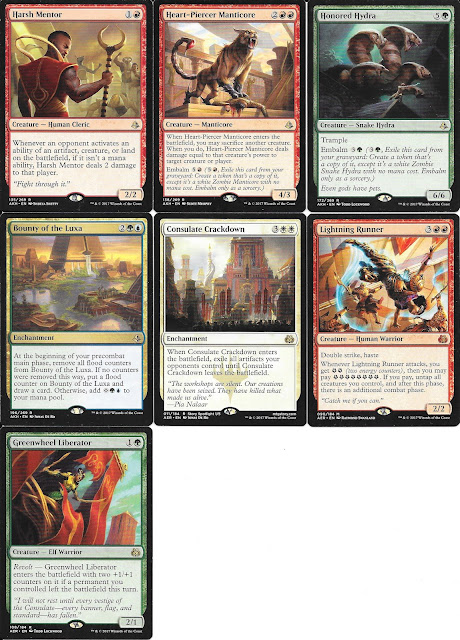 Even if somehow I wasn't so lucky in getting not a single rare/mythic artifact card.

Rather than go through all the cards - which were decently heavy mid 00s and more recent stuff, but let's look more at the older cards. 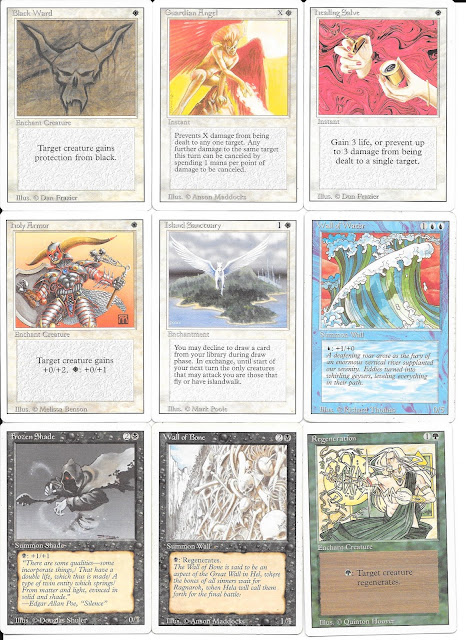 These are awesome. These are from Revised or 3rd edition, which is where I first entered into playing Magic. All these are cards I pulled from packs way back in the day. The classic artwork just brings back so many memories. I played green with Regeneration in it often, played against friends who had Wall of Water or Frozen Shade, just classic cards. 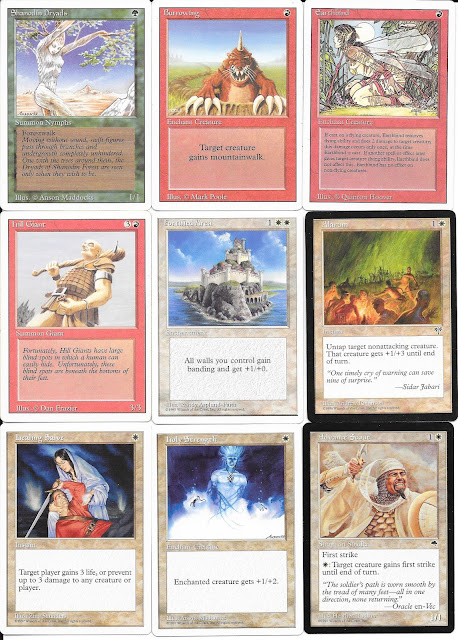 Here we end with a few more Revised cards, one from Mirage (palm tree), a couple 5th Edition and one Tempest. Not too many considering 1,000+ cards, but nice to see some older cards sprinkled in.
Definitely recommend it for anyone looking for a bunch of Magic cards for fun.
Posted by CrazieJoe at 8:00 AM