We have more cards from Jeff - today and tomorrow to go (tomorrow is the "sleeved" portion). 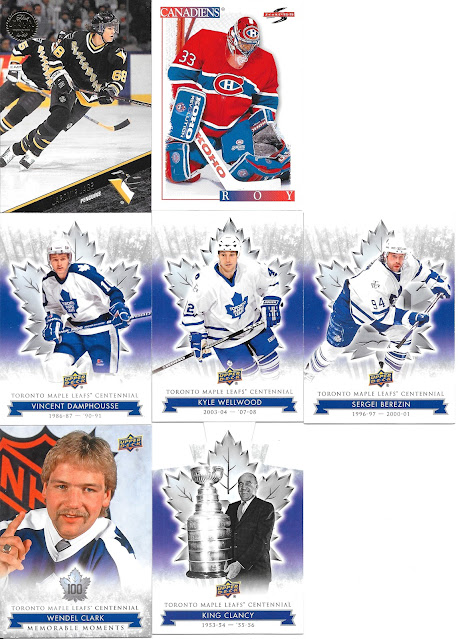 Two base set keepers. It's about the only time I keep a Patrick Roy card...I do try to limit his appearances in my collection where possible. Then we get some 2017 Centennial Toronto Maple Leaf cards. I have the pure base card set of 100 completed, and have half of the second hundred cards which are all short prints. Unfortunately, the one short print here is Clark, an I had that one, but I still will keep it. The cut Clancy was new to me though, and that's another so I think I have about 45 of the 100 cut cards - really love the set, for many obvious reasons.
We seem to have a number of inserts/parallels from Jeff which I can't help but enjoy seeing and collecting them. 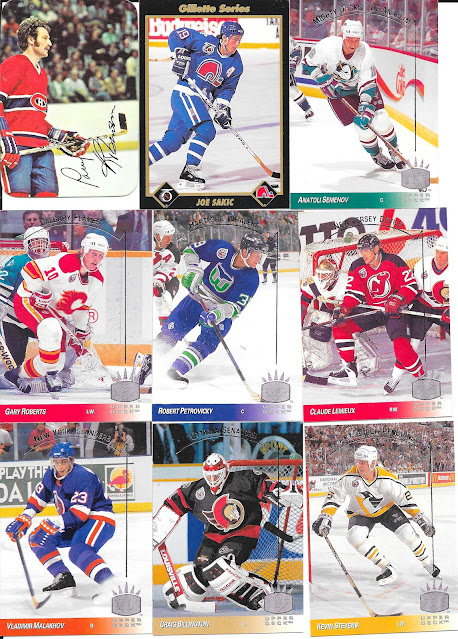 That first card is a rounded corner 1977-78 O Pee Chee insert card. Apparently there is a "regular" corner version as well - but I hadn't seen or heard about the inserts before since I don't have much pre-1980s cards and don't specifically collect vintage. It's very cool though.
A bunch of mid-90s Upper Deck inserts of the SP variety which are new to me. 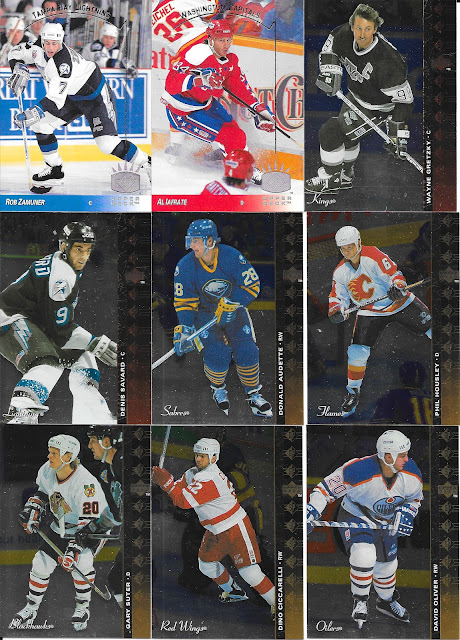 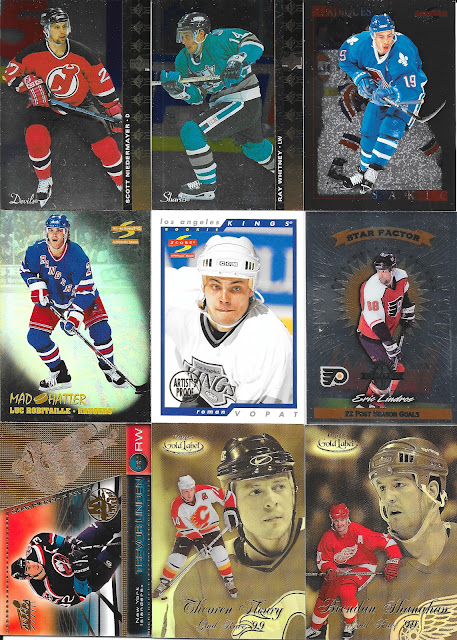 It's amazing how many insert and parallel sets there were through the 90s - with all of the different manufacturers and sets, it's almost as bad as it has been in recent years with just Topps!
Of the bunch, I am not a fan of the "Artist's Proof" score cards where it's just a stamp on the front in foil...I mean, why bother? I do however like the Lindros which is a promo card!

Nice to get my first single Tim Horton's cards for 2022-23. A slightly different design from most recent years, but very solid still.
As for the rest of the cards which are up for trade... 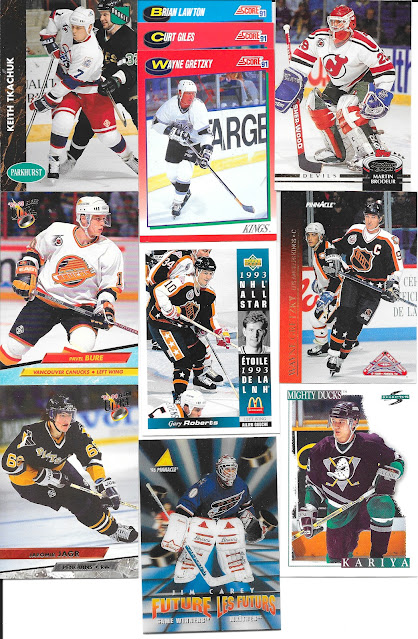 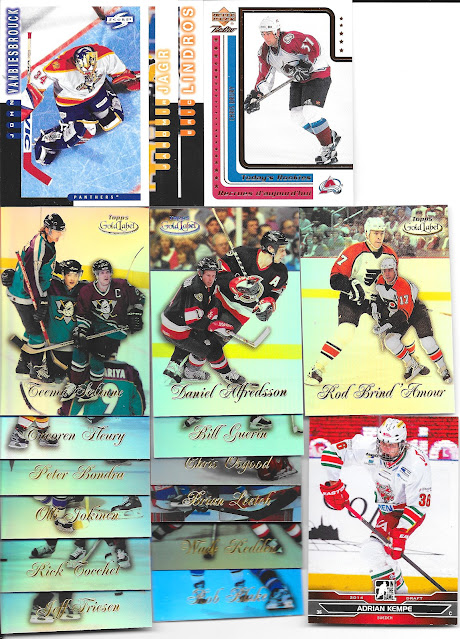 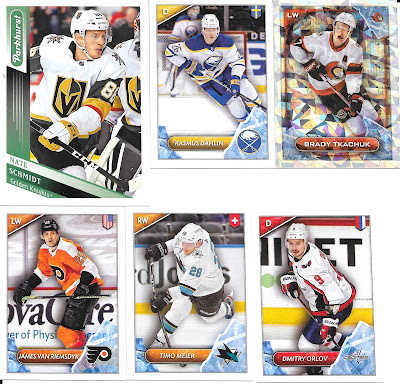 Just reach out if you need anything - always up for a trade. Well, at least for another month or two before I will need to pause for busy season again.
Posted by CrazieJoe at 8:00 AM