It's 2023 - whether you like it or not...but what I like, is the chance to continue to share cards, and this blog space, with all of you. Now, my Magic posts generally aren't as "popular" as the normal sports go, but that's okay - I figure everyone should be busy enough today with other things, like catching up on sleep - so you won't miss much if you miss this.

I have a few smaller singles purchases I did at 401games which I have delayed in sharing because I had delayed in getting the cards up at TCDB. The sets are a little lagged on being uploaded because the sets have become more complicated to post, and I no longer feel comfortable with them given the new inserts/extended arts/art collection cards, etc. 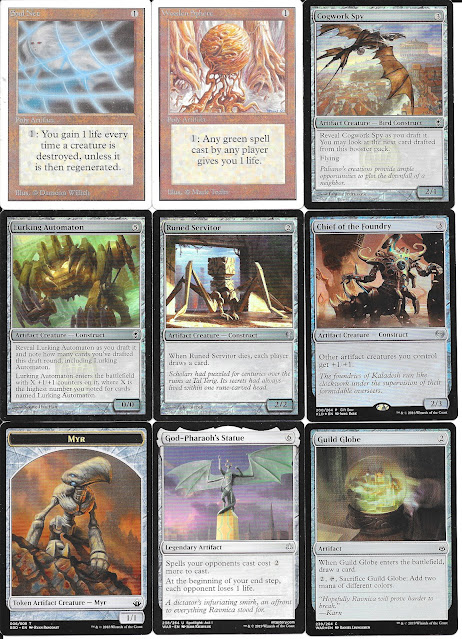 This will end up being a lot more show, a lot less tell, but will point out a few things. First, I picked up 2 more Unlimited Edition cards for less than $2 each. Definitely the lower end on card values for artifacts, but didn't have them, until now. 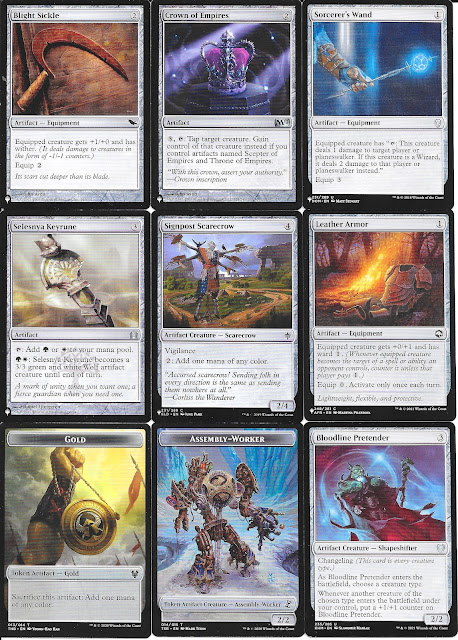 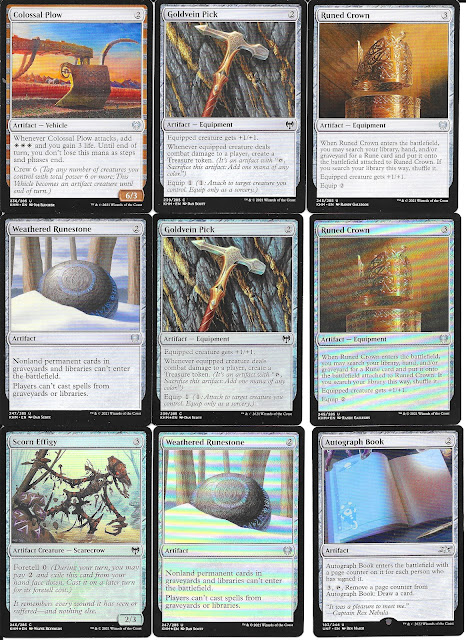 Some of the cards are foil ones, as you can tell in the scans here as you get the wavy effect. I was happy to pick up some of the Unfinity cards which is the most recent "un" set or "joke" set starting with the Autograph Book card above and the cards below with the same set symbol. 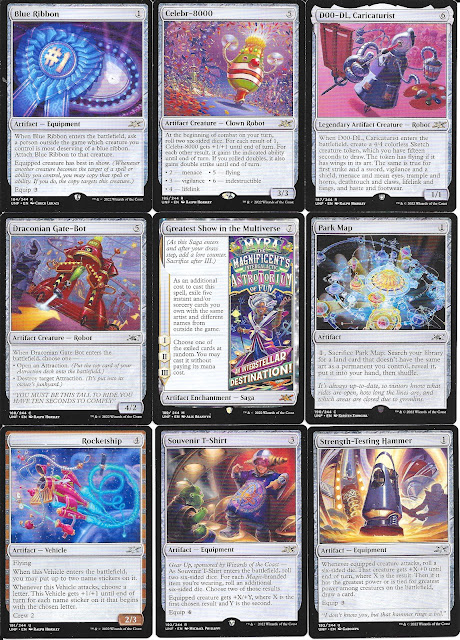 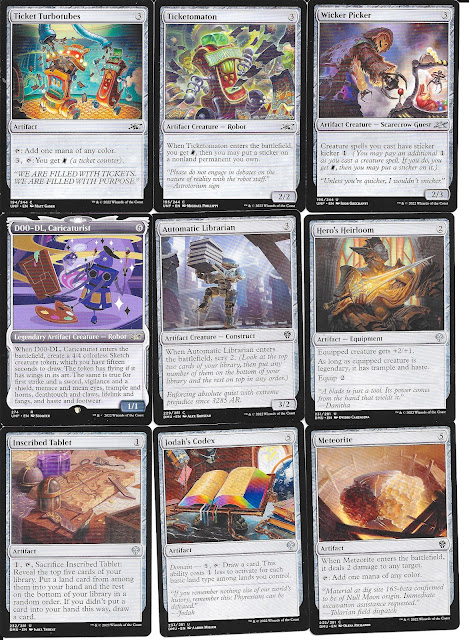 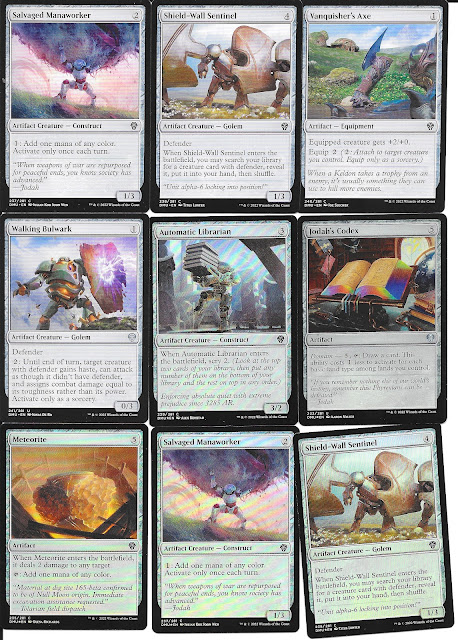 Much of the new cards are from 2022 sets like that with a bunch of Dominaria United, but the bulk are from the very artifact beavy Brother's War set that came out near the end of the year. 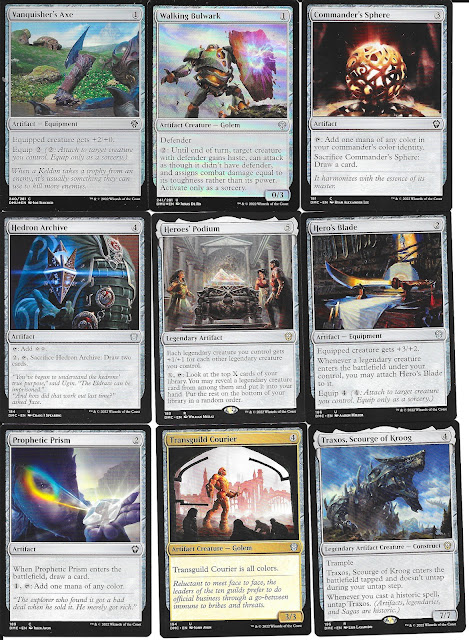 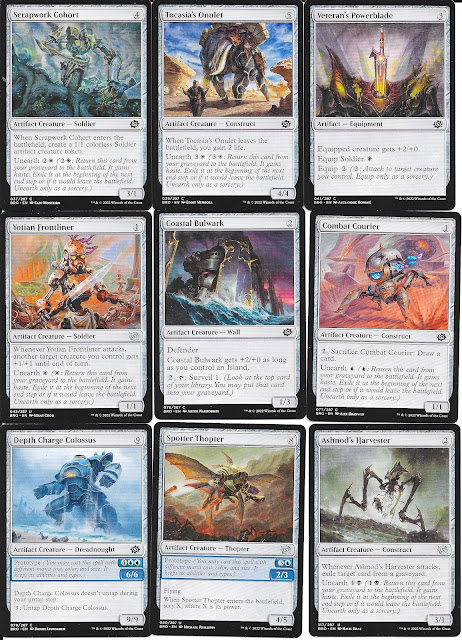 The gear type symbol are the Brother's War cards, and given a large part of the set is all about the characters that made/used artifacts as far as the story/lore goes, it makes sense. I even picked up a gift bundle for opening some packs since I will likely get some more artifacts that way. 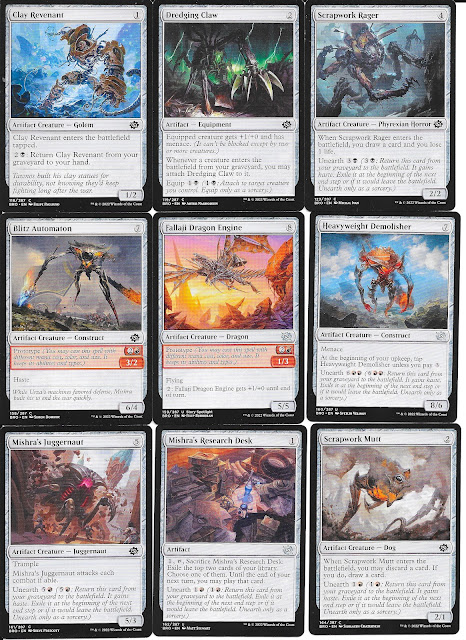 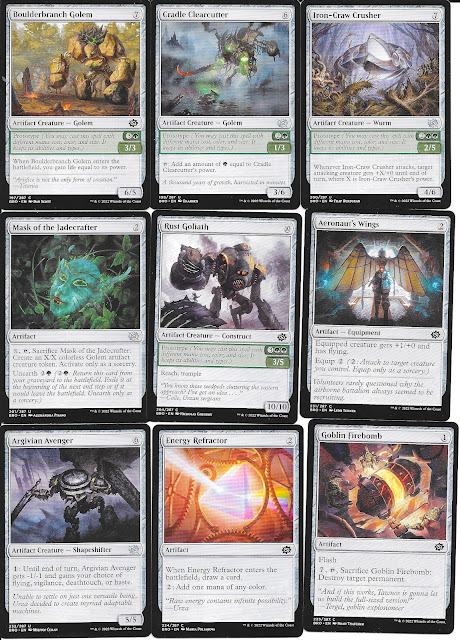 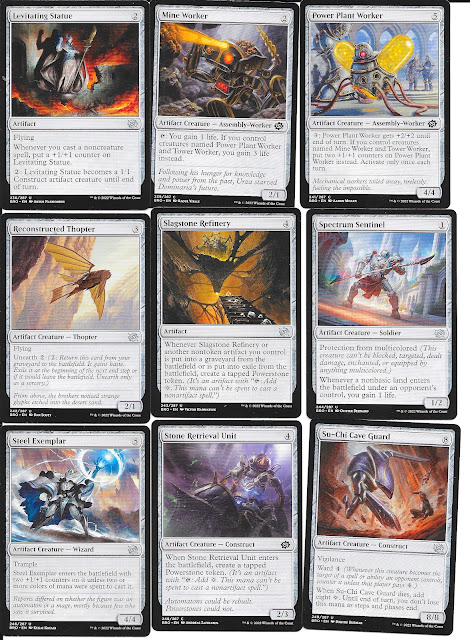 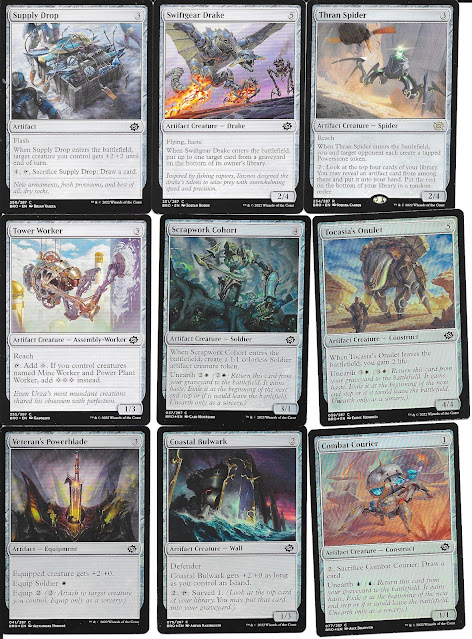 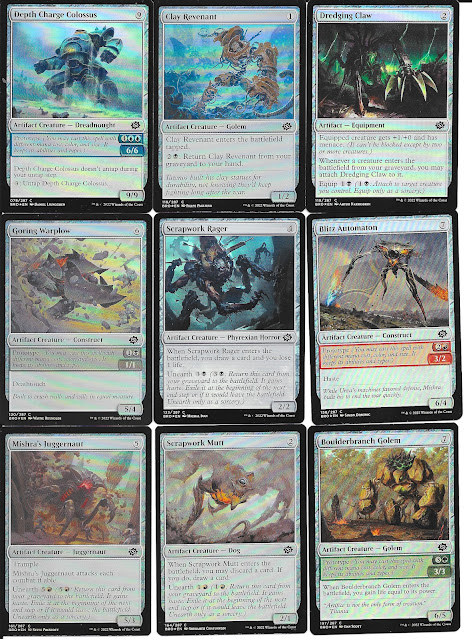 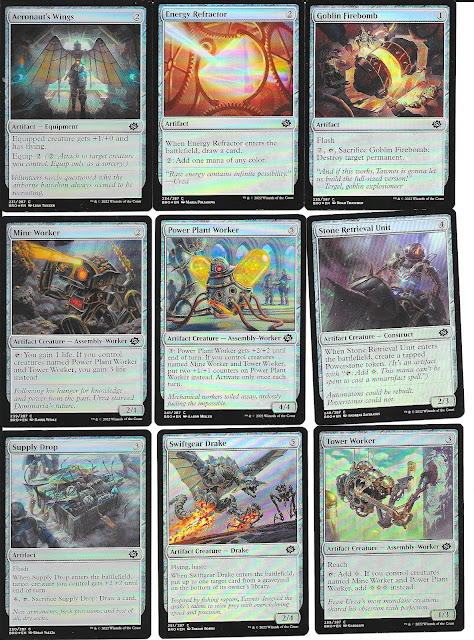 The big reason for the gift bundle is because each pack also has one of the retroborder artifact cards like the ones below... 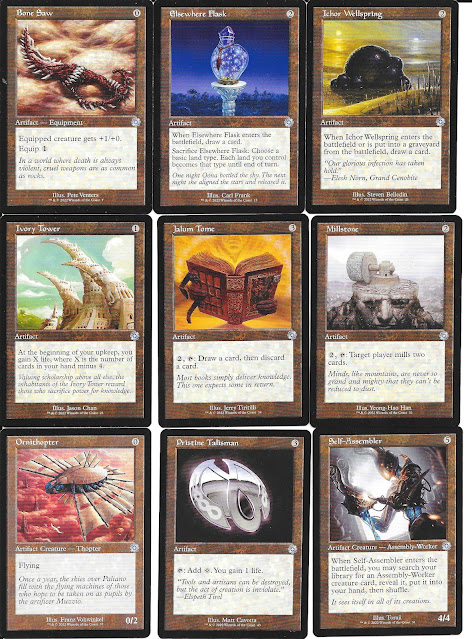 Forget silver borders - bask in the beauty of the brown borders! They have been playing with some of the old school brown border use in artifacts, so glad it's gone this far as it's been my favourite, and I hated when they moved to the silver borders. Not sure if it will stick or stay a "retro" thing, but I love it! 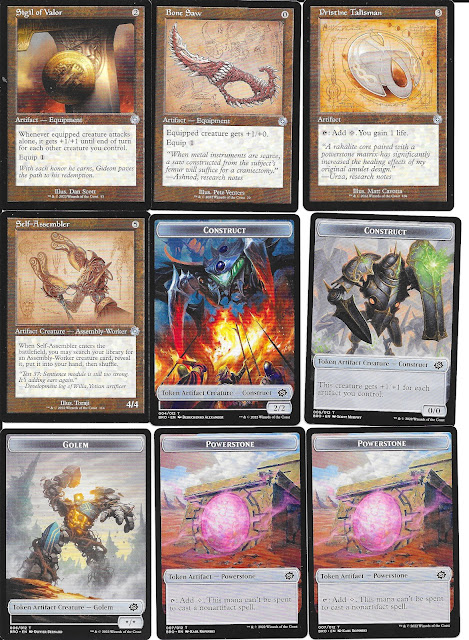 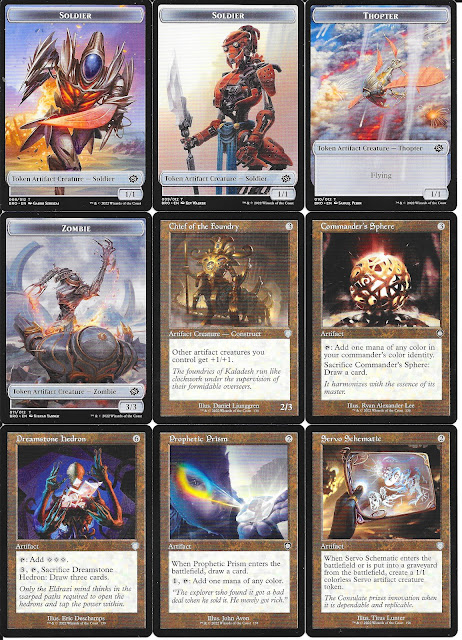 Well, now to put these bad boys away...as for 2023. No goals per se this year. I just want to enjoy the hobby, enjoy going through cards and sharing here as well as trading and cutting down the traders collecting dust here....so, enjoy the hobby and let's see how this year goes!