So, the baseball cards that came from Jeff included some 70s cards for Canadian teams - Jays and Expos. I am not going to share the Expo cards here, just because I will leave them a surprise for their new home as I know where to trade those off to of course, but I will show the Jays additions I will be keeping. 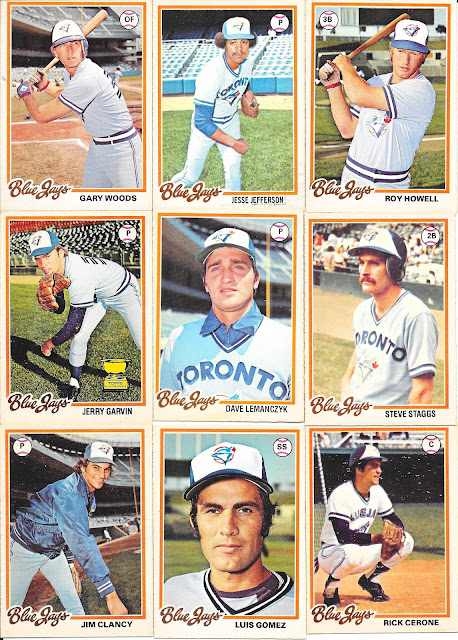 Documenting the team that was in 1977, these 1978 O Pee Chee cards helped to almost complete my Jays team set as I now am only missing a single card - the Jays team card. As much as I love the original Blue Jays cards - their early cards in the late 70s - the team was not good. 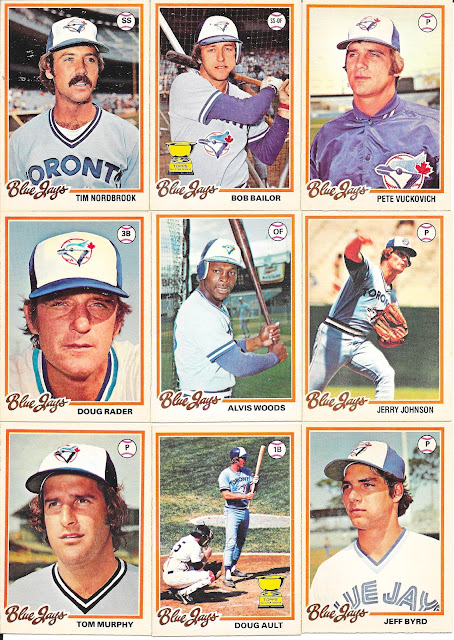 Not a surprise, I mean, expansion really hardly ever took off right from the get go for a franchise. There have been exceptions like the NHL's Vegas Knights, but in most cases, a few losing seasons is the starting point. Really, from a monetary perspective, that is fine since the fans in the city are just happy to have major league teams visit, whether the team wins or loses is secondary early on. 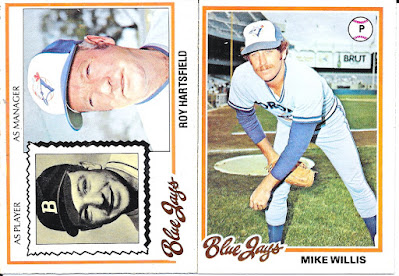 No matter though, as it's this team which made the Blue Jays in Toronto a "thing" and lead to the later successes, so I can't really complain about the poor original few seasons.

I am very happy that these are all here, and a big thank you to Jeff for that. Now, if I can just get that team card...I can put this team set to rest, and that would be a great start to the year!