I had mentioned that my son was thoughtful enough to know I collect artifact Magic cards, that he wanted to go get me a few, so went with my wife to Dungeon Comics in Burlington, with little knowledge than that.

Well, to be honest, he was initially looking for a cheap Black Lotus because he knows how special a card it is, though I had told him that it's crazy expensive - but nice of him to initially think of it as a gift.

This isn't just about sharing the few cards he picked up, but also, from my wife's review of their service, to share that the store really impressed. Apparently the staff were great, asked a lot of questions, provided great guidance, and were extremely helpful in taking the time, and caring. Customer service is so important, and even more so with a local comic/card store, so just from their reviews, I'll have to stop by and check it out. It's not far from home, but I only went once years ago and at that time they were so comic focused, cards weren't really a part of their offerings, but that's since changed.

So big thumbs up on the service. Now, were the cards are stars? Well, not from being part of what I really collect, but from what they had to work with, and from the thought my son but in, they were a homerun. 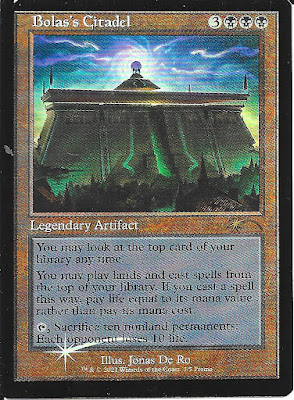 I mean, it's shiny, labelled a legendary artifact, I get why it would be useful and draw attention as something to get. Does it fit my collection? Nope - casting cost includes black mana, so not really in my wheelhouse for collecting. Will I keep it? Yes, as it turns out, I am putting a few decks together as my son is wanting to play a bit more now, and rather than have him learn to build decks right off the bat, I have a handful of decks which I put together (or received - see other posts soon), and will fit this card into one of those decks accordingly. No idea what they paid for these, and I will always compare to 401games on pricing, and there it's $8, for what it's worth. 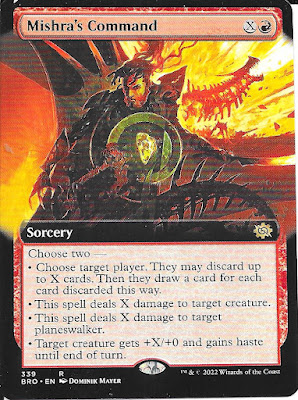 My wife mentioned they threw in an additional card, and I am guessing this might be it - with the extended art version running 75 cents at 401games, I guess it may have been $1 at the store. Does it fit my collection? Nope. Again though, good enough, I can squeeze it into a red deck. 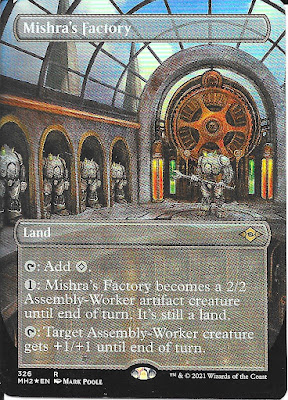 Here, we have a winner. The foil, borderless Mishra's Factory from Modern Horizons 2 runs a couple bucks in cost, so not too expensive, but fits in with the colourless land collecting I started not too long ago, to go with the artifacts. 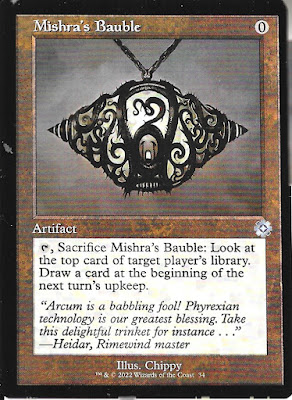 Another card that's a couple bucks, definitely a keeper as it's the retro frame Brothers' War card. Definitely a good pick here. 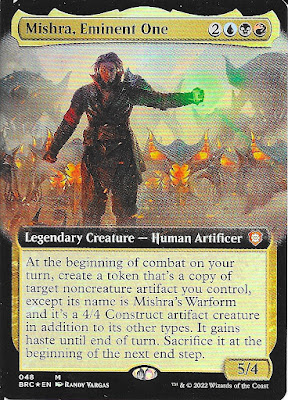 Last up, is another great card - and I can see the "Mishra" theme they were going for, so all good there too, but won't be a keeper. I am not a fan of the tri-colour decks. I know they can work, but for playing for fun, dual colour is as far as I like to spread. So, won't find a home for this one, but four out of five isn't bad, and from what they had to go on, I am impressed.

Especially given recent times and the way of the hobby, it's good to hear about the positives of LCS - have you had good experience with your LCS...assuming yours has survived the last few years?