Today, we reach the last of the package of cards Jeff provided to me before the Christmas break. I know, I just can't get through things as quick as I may want to, but the anticipation is just as good, I swear! The cards today were all sleeved, and generally, that means serial numbering! 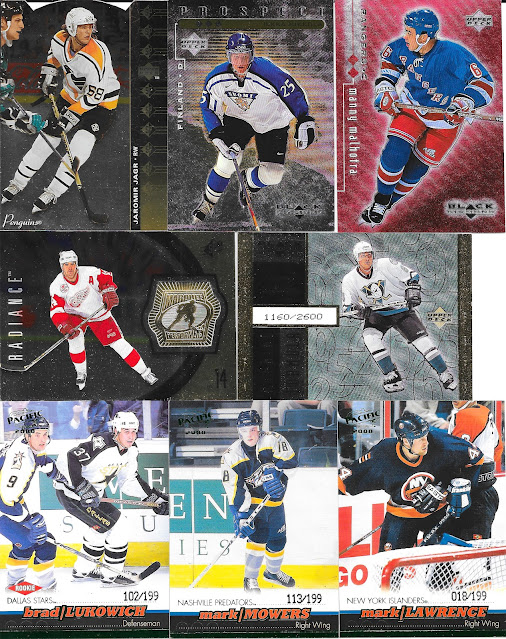 I am a sucked for a serial numbered card, even if to 2600. Heck, if I collected football, I'd be a sucked for those Collector Edge sets from the early 90s where base cards were serial numbered to 100,000.
The 1999-2000 Pacific Emerald Green parallels numbered to 199 are really nice - not just because of the serial number, but I really like the green foil in hand. Like most of these, they don't scan as nicely as they look in hand. 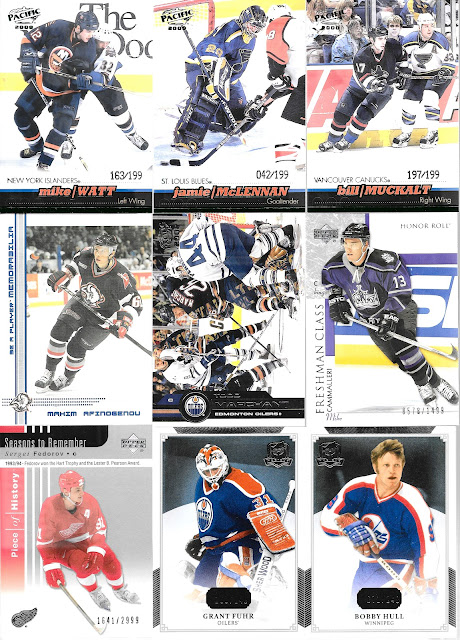 Wow - 2 base cards from The Cup. I will never buy anything from The Cup as it is so high end, it's crazy the prices on these things. Now, I like the design, the serial numbering, all of it, but the cards are so thick, it's like 5 cards together thick (I checked). I mean, it's nice and sturdy, but I didn't understand it for a base card. I guess, if you want to make each card a "dummy" for the hits...okay....but still. 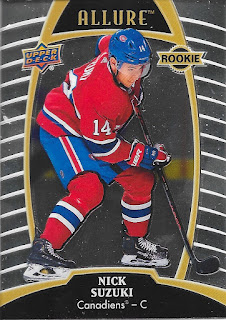 I am not overly allured by the Allure set....

Another big thanks to Jeff for the trade of sorts. I always feel like I get way more than I am able to give to Jeff, so very much appreciate what he gives with not so much in return. Another pile does start for him though...I'll see what I can get together for next time!