Classics on a budget...I don't think I'll be buying many cards that would be originals of a number of the players shown in the 2005 Upper Deck Classics set (see cards pre-1970 or so). 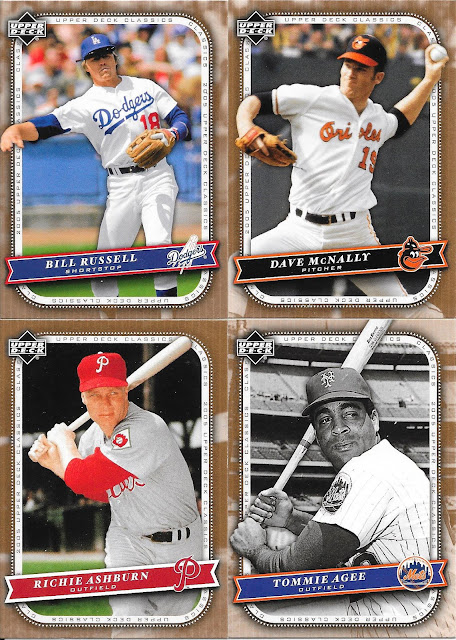 Love the look expecially with the black and white photos such as Tommie's above... 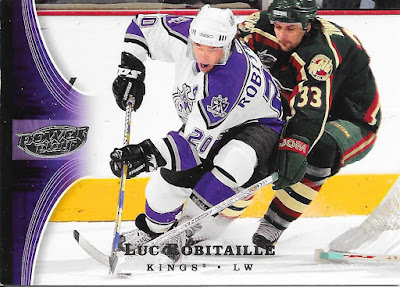 The only hockey card in the 20 - always liked Luc, mild mannered and great off the ice and on. This is only my second card from this PowerPlay set. 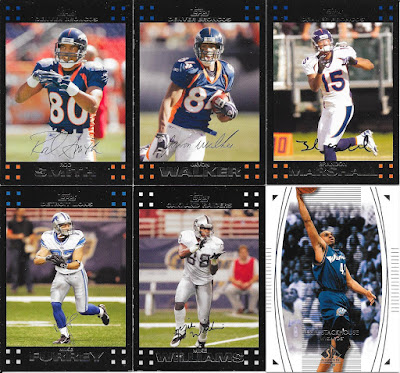 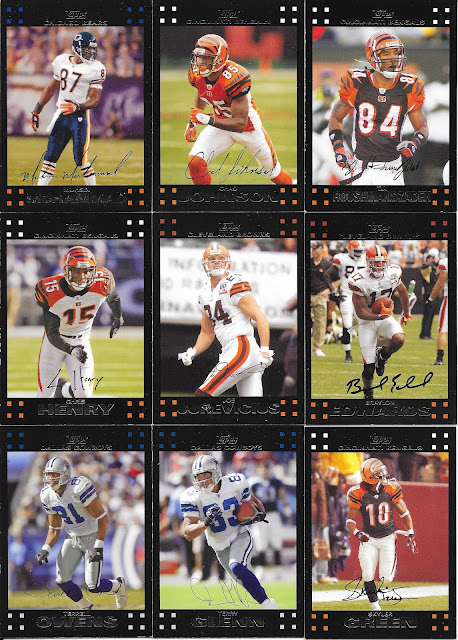 Another chunk of 2007 Topps football into the collection. I don't know why it is so much more clear with football, but the cars to tend to have a similar look - either just running or running...not much in the way of action shots. I know hockey can be similar (just skating), but I don't think it is as noticeable...maybe it is to other people...