Santa Lot 20 influenced by some Giants and Avalanche players as you'll see. We've gone through a fair bunch of cards from the Santa Lot at this point, and I have been thinking over how it has gone thus far, and I am pretty darn happy. In addition to the entertainment factor (for myself, and hopefully a bit for you as well), I've ended up with almost 50 Toronto cards, just under 100 parallel/insert cards, and about 700 other keeper cards. Not too shabby - though maybe not as high as I would have originally thought I would end up at, but hey - who knows how the rest of this is going to go... 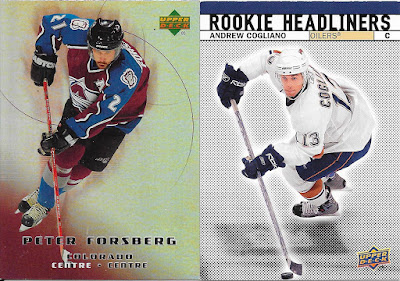 Lowlights:
Well, the condition of this card makes me sad - just a "small" crease along the back - and it was a McDonald's card too....can't win them all I guess - sorry Peter. 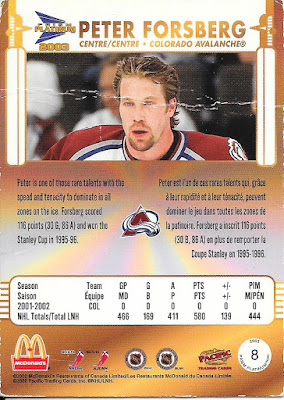 At least this is the second I've pulled, so I can pass it on to my son for his odds and sods cards (he's 5 so condition is fine being rough - they will just get rougher right now - it's his practice collection). 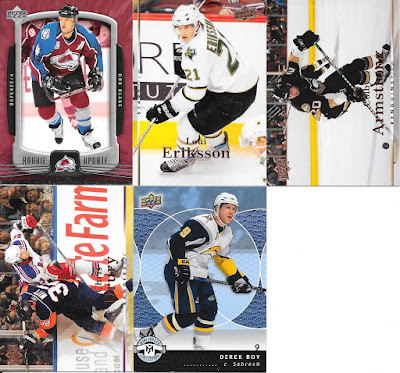 22.2% complete now for the 2007-08 Upper Deck set and 13.3% for the Mini Jersey set - further completion of these sets. That said, of these cards - really like how the Rob Black 2005 Rookie Update card comes off with the colours and picture of Blake, just a really nice look. 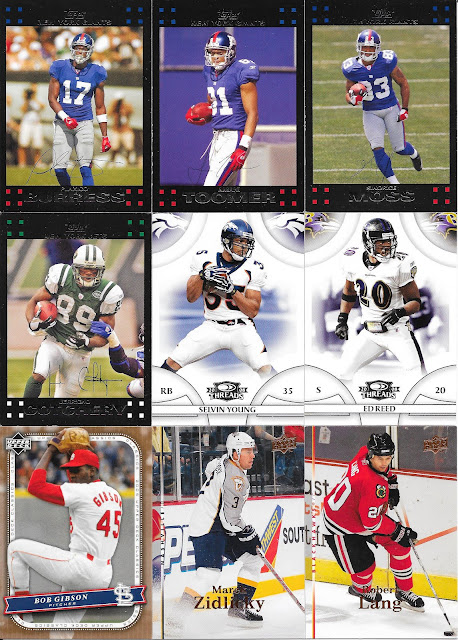